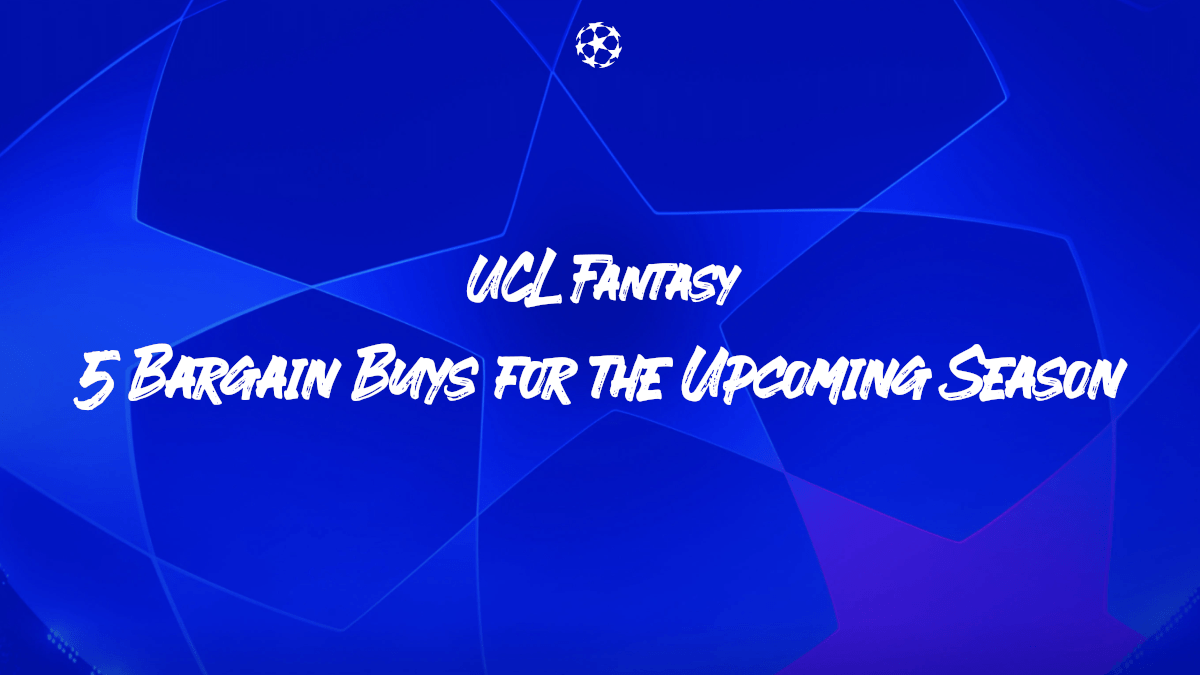 UCL Fantasy is now just a few days away, and with an exciting new season ahead of us, tipster Yash looks at the top bargains you should consider for the start of the season.

With UCL Fantasy starting in a week, let us look at five absolute bargains this upcoming season.

Bayern’s teen sensation has been priced at €7M in the game, being assigned in the midfield role. In reality, he has been playing as a striker for the goal-heavy machine of Bayern. He has already scored two goals in the Bundesliga, and is one of the highest-scoring players in Bundesliga Fantasy so far with 41 points, despite having played a game less. In my opinion, he also looks nailed in the Bayern team and is a must-pick in UCL Fantasy this year.

Napoli’s newfound gem Khvicha has been priced at a measly €5.5M, which makes him criminally underrated. The reason? He’s currently the highest points scorer in the Serie A fantasy, having already scored three goals in the league and has formed a deadly strike partnership with Osimhen. At €5.5M, he is going to provide insane value.

Dortmund’s 17-year-old prodigy is ready to make a move up. With the departure of Erling Haaland and the subsequent detection of testicular cancer in new signing Sebastian Haller has meant that his time is now. Moukoko looks nailed and is a part of an attacking Dortmund side with Reus and Bellingham. He has also scored once already—an excellent option as a third forward for your team.

Simply a case of the right price at the right time, Gomez is fairly nailed in the Liverpool setup, owing to injuries to Joel Matip and Ibrahima Konate. Although he doesn’t provide an attacking threat, he is a bargain pick at €4.5M in order to own a piece of the Liverpool defence.

Weird? You might be wondering what Simon Mignolet is doing on this list. Well, he has now become a bargain because of how the groups have been drawn. Brugge have been drawn with a leaky Porto, struggling Leverkusen, and an inconsistent Atlético Madrid. As such, one can expect a fair few cleansheets from Mignolet. A great option to have as your second keeper. Don’t be surprised if Club Brugge crack the Round of 16.

Special Mention: Hans Vanaken (€7M/MID/Club Brugge) – He is the team’s captain and talisman, so I am selecting him for the same reason as Mignolet.

With the help of these players, I am sure you will be able to outscore and outwit your friends and rivals.