How to Win Bundesliga Fantasy: Tips From 20/21 Champion MexxDom 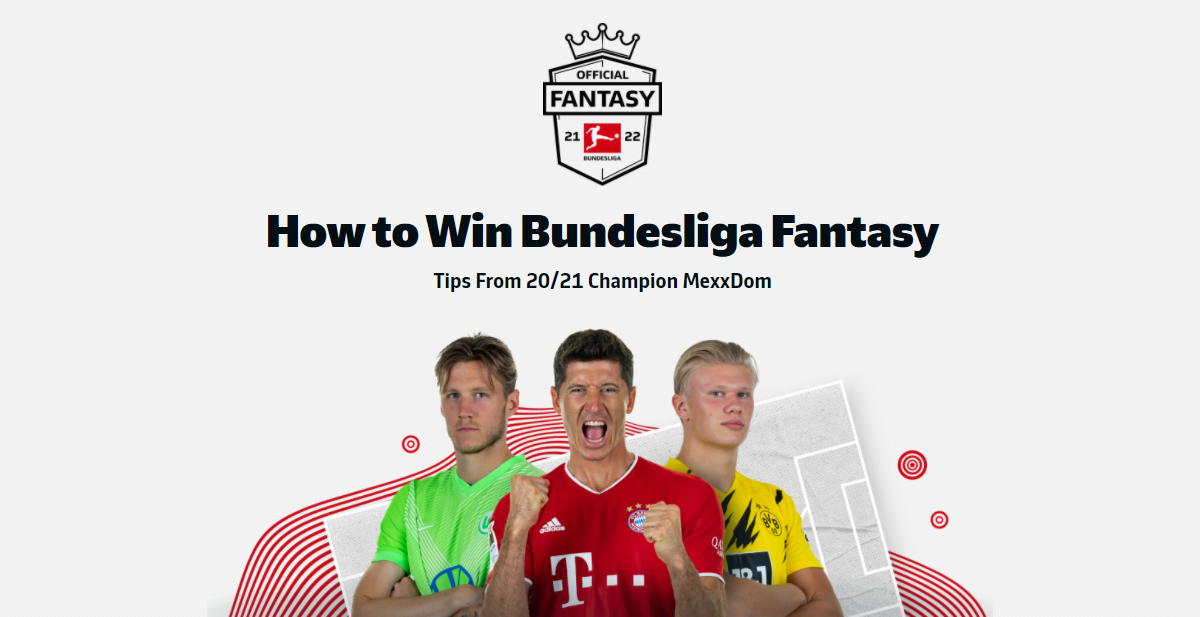 Bundesliga Fantasy is now just five days away from the start of the 21/22 season and there is no one better to help us out with tips than last season’s champion MexxDom as he joins us for a quick interview where he discusses how he won the game and shares his tips for the upcoming season.

In one of the most dominant displays in fantasy over the recent years, the champion who goes by the alias of MexxDom was first for the most part of the season and won comfortably with a 50+ point lead over the manager in second place.

First off, congratulations on becoming the champion! You were #1 OR for the last 21 matchdays in a row towards the end of the season so when did you feel like you were going to win it all? Did you have any nerves?

MexxDom: Thank you so much! To be honest, I never felt like saying “I will win it”. All it takes is one bad MD for yourself, and one outstanding MD from the direct opponents and everything changes. And yes, I was nervous all the
time. The longer I was able to remain OR1, the more pressure I put on myself to finish as number one, even though there wouldn’t have been any bad feelings with another result, it was an amazing season nevertheless.

Did you have a strategy in the way you played last season? Did the teams of your close opponents have any effect?

MexxDom: I’ll list the top 5 tips (in my opinion) further below, but I’ll try and let you in on my thought process
regarding how I play and watch opponents.

First of all, yes, I always checked at least the current top 10 players squads. It’s always interesting to
see who they bought/sold and you might see players you never ever thought about buying yourself.
But I never felt pressured to copy any teams, tactics etc. Just listen to your gut feeling and do what
you think is best.

General strategy? Maximise your cash spent, 15 starting players are better than x premium players
and a bank you can’t sub on, (star) flexibility is key and one “one player punt” is enough, always plan
ahead. Also, I had a rule to never double-up on defenders from the same team and avoided CBs all
season (even though e.g., Hummels had some insane games).

Which accounts, podcasts, websites, etc do you follow if any for Bundesliga Fantasy?

LigaInsider, Kicker and Spox for News and predicted line-ups.

Talking Fussball Podcast (talkingfussball.com) when I have the time to listen.

What are your top 5 tips for Bundesliga Fantasy Managers

MexxDom: Star flexibility is key. Try to avoid more than 11 players at the same time (nothing worse than putting e.g. Sallai on the bench and watch him score 22 points ). Furthermore, it is always good to have a promising bench to sub a player with a below-average performance out. Even Lewandowski has a bad day every now and then…

– Prioritise players with a lot of KPs (Key Passes) and shots on goal. Sadly, Bundesliga decided to list nearly all promising wingers as forwards, therefore, creative midfielders or freekick/corner takers are essential. For defenders, OOP players and full backs/wing backs create a lot of points through key passes, shots and won duels.

– Plan ahead! Look at upcoming fixtures, and broaden your horizon, even players from underdog teams are viable. Think about the potential match outcome yourself and either prioritise the winning side or a player that might have a standout game regardless of the outcome.

– Statistics do not lie If a player has an upcoming match against the club he scores/assists most of the time, you should consider buying him 😉

– Use the in-form filter!

What would be your advice for new players

MexxDom: Have fun! Read the rules and do not forget to sub players on, change stars and formations as needed. Oh, and you do always need at least 3 defenders in your starting eleven.

– The season is a marathon, not a sprint. If you have one bad MD it is not the end of the world (I finished with 66 points on MD2 and was devastated, but you can always come back!)

Who was your MVP in Bundesliga Fantasy last year?

MexxDom: There was not one MVP but rather different players being the MVP during different stages of the
season.

Which position is the best to invest players in – forward, midfield or defence?

MexxDom: Defensive players with an attacking threat are your best friend in Bundesliga Fantasy. I usually try to own 5 in-form defenders… “Attack wins you games, defence wins you titles”.

But don’t focus on positions too much, it is way better to have a balanced team than a team only shining in one position.

Are two starting goalkeepers essential? What is your keeper combo for the upcoming season?

MexxDom: I wouldn’t say essential, but I prefer to have two playing keepers rather than one. But if you are short on cash, a goalkeeper is the first place to cut your costs. Also please don’t buy premium GKs, trust me they are not worth their money.

Didn’t decide who I will go for yet, but the cheapest starting GK will be in my squad for sure and Müller maybe.

Is it important to build team value at the start of the season?

MexxDom: Yes! I always try to invest all money I have and leave very little to none in the bank, unless I know I have to buy/sell a certain player the next MD and need the money. The higher your team value, the more premium picks you can afford over time. Plus, many in-form players increase a lot in value during the season, offering you lots of possibilities once you sell them.

Do you believe in going template or having certain differentials in your team every week, if so how many?

MexxDom: The template only won’t get you anywhere once you reach a certain rank, as everyone owns the best players at a given time most likely. Therefore, differentials are key. How many? That’s a tough question, and there is no right or wrong answer. You always have to keep in mind what your opponents might do, which players might haul etc. I like to go for one player each MD, who I think might have an outstanding performance but is on no one’s radar, aka my “one player punt”. I am also always looking for differentials with my remaining transfers to outsmart my
opponents.

Which players are essential according to you for the upcoming season? Who was the first name in your team?

MexxDom: Lewandowski (obvious), Kostic (one of the few remaining viable midfield options), Stindl (on penalties, rotation-proof due to no EL/CL if he stays fit).

What criteria/score do you use to decide if your star player’s score is good enough to not change it?

MexxDom: Depends on the position and the number of players I have left, as well as the teams my players face. But 13-15 is a good threshold as you get 7/8 bonus points then.

One player you think that might have a breakout season this year?

MexxDom: Yes, but the word ‘draft’ is essential here haha! 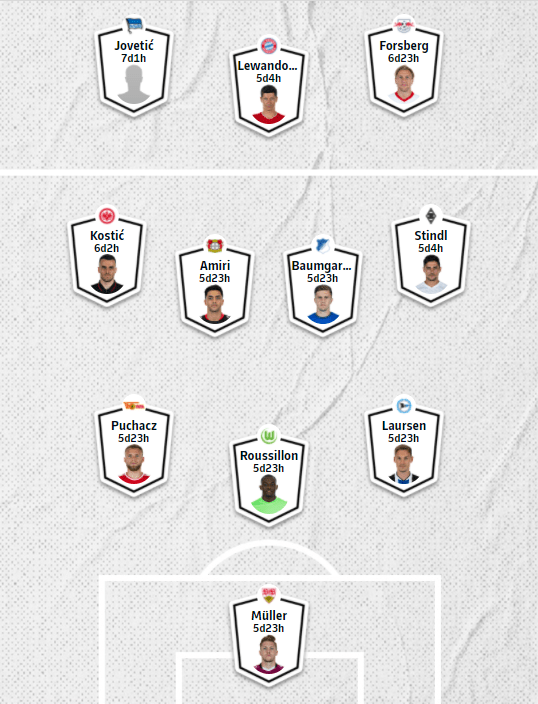 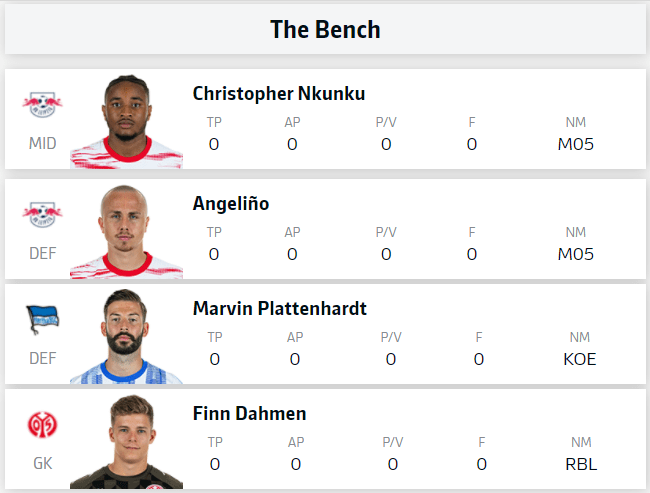 Last but not the least, you won the ultimate prize – a trip to a Bundesliga game of your choice – so which game are you looking forward to watching next season and who are you taking for the trip?

MexxDom: Due to Covid, I don’t know when I am allowed to redeem my price. Der Klassiker is always worth watching, but I have witnessed it live already. Other than that, I have never been to the “Alte Försterei”. My girlfriend, brother and the members of my private mini-league from last season are going to be a part of the trip most likely.

A big thank you to the champion again for letting us interview him. We wish him all the best as he looks to defend his title next season!