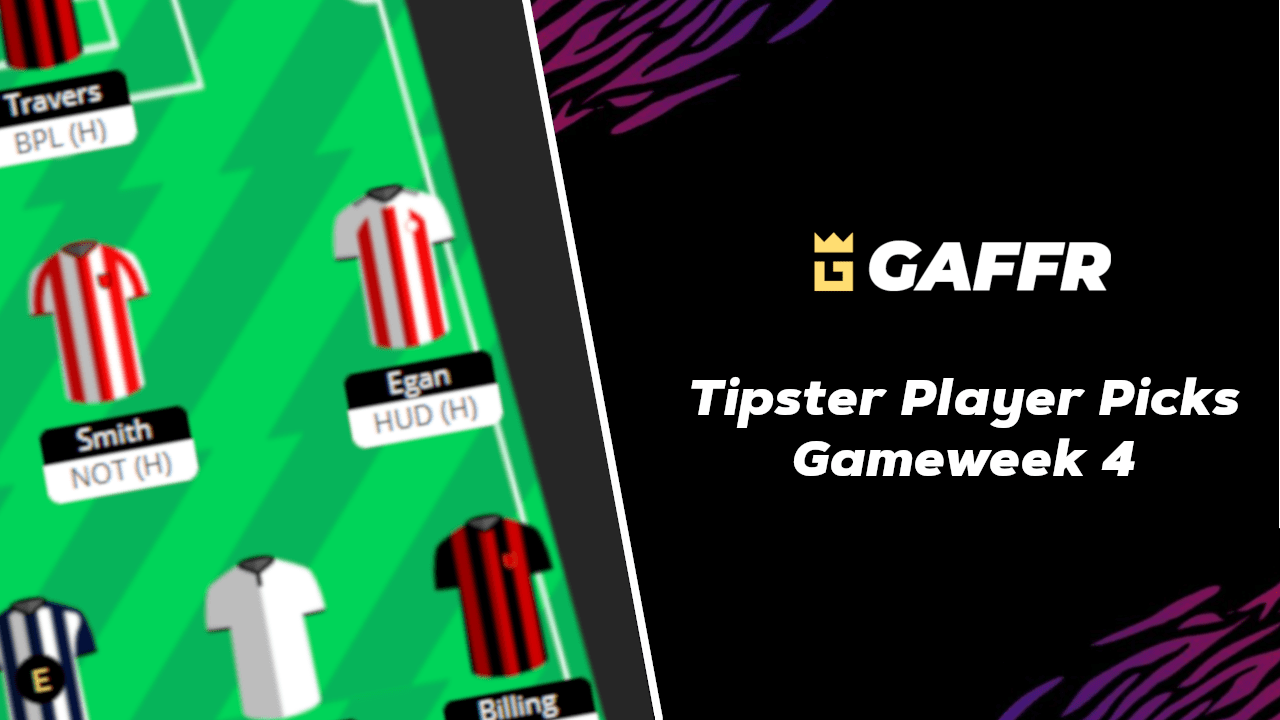 The team selected for GAFFR gameweek 3 managed to accumulate 61 points, this is a pretty poor score especially compared to our gameweek 2 team which managed to get 90. This low score is mainly down to a sub-par performance by Cardiff who I had a lot of faith in for their game against Peterborough.

For our starting ‘keeper I have again gone for Bournemouth shot-stopper Mark Travers, Bournemouth face a struggling Blackpool team who have only scored once so far this season. Bournemouth themselves have been reliable defensively in their games this season not against clubs called West Brom and look a good bet for a clean sheet in this one.

Once again I’m putting my faith in Fulham’s Kenny Tete. Somehow Fulham are yet to keep a single clean sheet this season despite having the lowest xGA in the league. On average they’ve conceded just 0.47 xG per game but have actually conceded in all of them. Tete himself played very high up the field against Millwall away in gameweek 3 and I can only imagine this will continue here.

Stoke have been one of the solid defences over the start of this campaign with the 3rd lowest xGA and they face a Nottingham Forest side who have struggled for creativity, this is reflected in the fact that they have the 4th lowest xG in the Championship. Smith however isn’t just a player I’d pick for clean sheet potential, he has the joint-most assists so far and that could very well continue.

At this point, Callum Robinson is becoming essential in GAFFR. Despite being listed as a midfielder he has started the season as a striker for West Brom and it is working. Robinson is the league’s top scorer after three games and has the 2nd most shots, and joint 3rd most shots on target meaning it is likely to stay that way. His three goals have come from an xG of 2.2, not an unsustainable overperformance.

Though Swansea haven’t had a good start to the season by any means I think that they have a winnable game here and their talisman Lowe should get amongst the goals. Lowe is listed as a midfielder in GAFFR but has started OOP upfront for Swansea, giving him a better chance of being the man who puts the ball in the back of the net.

As mentioned earlier, Bournemouth have a pretty good fixture here against a poor Blackpool team who have conceded the 2nd most xG out of any Championship side this season and a strong team like Bournemouth should be able to exploit Blackpool’s weaknesses. In Bournemouth’s recent win over Birmingham, Billing was the highest forward player on the pitch on average which suggests he is heavily involved in Bournemouth’s chances.

Fabio Carvalho has probably been the breakout star of the Championship so far. The attacking midfielder has averaged three shots and three key passes a game so far, incredible numbers for any player, let alone an 18-year-old. At just £5.1M Carvalho is brilliant value and should be in nearly everybody’s team at this point.

Mitrovic once again showed why he is one of, if not the best striker in the league in Fulham’s victory over Millwall in gameweek 3. Mitrovic is an absolutely incredible goalscorer at this level and is a safe pick every week. I don’t think anyone would be surprised if he finishes this season amongst the top points scorers in GAFFR.

A mainstay in these teams, Jaidon Anthony is back for another week. If you ask me, nobody should have Solanke in their sides currently. If you want a Bournemouth forward. Get Anthony. He makes more key passes, has more shots and more shots on target, expect him to be amongst the goals in a favourable fixture here for Bournemouth

Last gameweek we had a cheap forward in the shape of Femi Azeez, this week it’s Gyökeres, or Viktor as he is listed on GAFFR. Viktor is a really good option in GAFFR because of the large volume of chances he gets. Only Phillip Zinckernagel has more shots on target so far this season. Gyökeres also has an xG of 2.14, roughly in line with his two goals showing he puts the ball away at a reliable rate. This week, Viktor has a pretty good fixture playing against a leaky Reading defence and I back him to add to his tally here.

Team of the Week for Gameweek 4 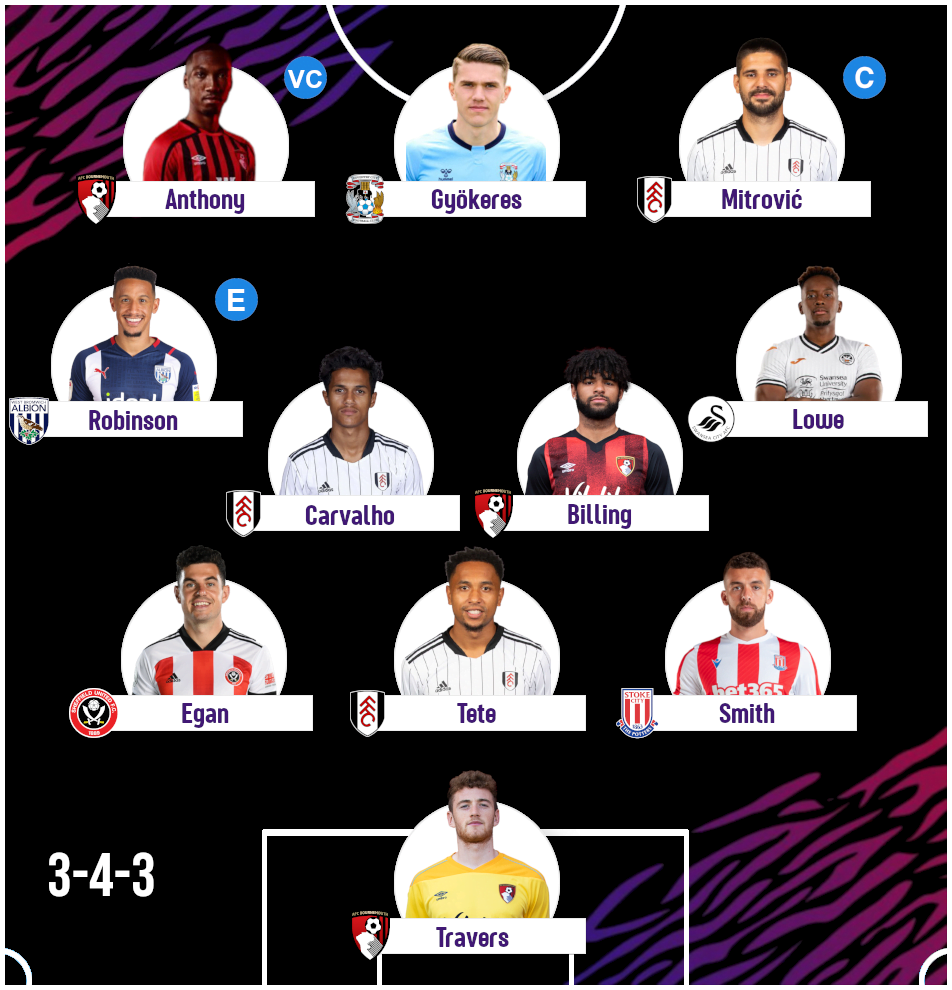