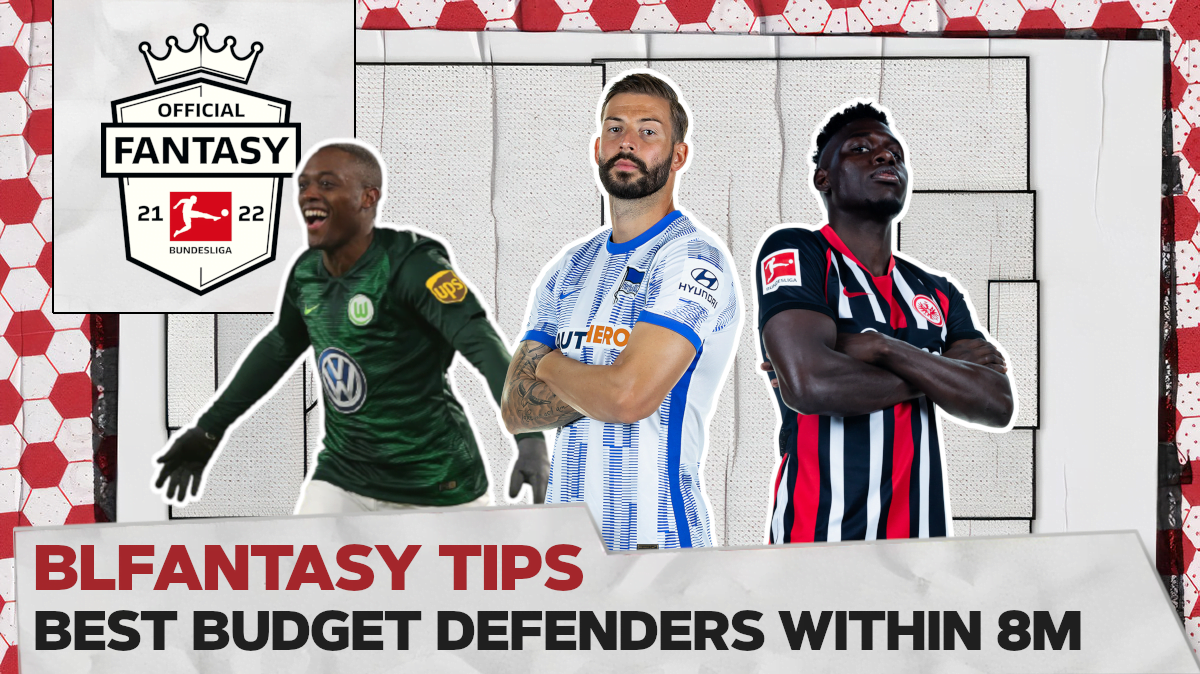 The Fantasy Bundesliga Manager game is about to start in just two days and the majority of people wanting to own premium forwards like Lewandowski and Haaland and premium defenders like Raphaël Guerreiro and Angeliño can only do so by balancing the team with cheap budget defenders. Below are seven defenders within an 8M budget who will not only enable you to get all the best attackers but will also deliver a good return of fantasy points.

Best Defenders on a Budget in Fantasy Bundesliga

Young polish attacking left-back Puchacz is the latest addition to Union Berlin’s defence from Lech Poznań as he joins The Iron Ones for a fee of €3.50 m. Union Berlin’s home defensive form was one of the best in the Bundesliga last season and add to that the attacking threat of Puchacz playing in a left wing-back position gives hope of both attacking and defensive returns. Puchacz had three assists in six games last year in the Europa League with an expected assist (xA) score of 1.2. It gives an idea of the attacking threat Puchacz possesses and all of this at a budget of 7M and with two of the first three fixtures at home, he can be a good budget option for your fantasy team.

Iago plays as the left-back for Augsburg and the Brazilian can deliver fantasy points with his attacking style of play. He had 1 goal and 1 assist to his name with an expected assist (xA) of 1.1 in an injury-hit season last year. He offers good point potential and combined with home fixtures against Hoffenheim and Leverkusen, Iago can be a good budget defender.

Wolfsburg defender Jérôme Roussillon has great potential to deliver fantasy points, with him being involved in attacking play for Wolfsburg. Roussillon had 2 assists in 14 starts last season with an expected assist (xA) score of 1.5 and gives an idea of the attacking threat he possesses and with a potential injury to first-choice left-back Octavio coupled with a great run of fixture of Bochum at Home and Hertha Berlin away in the first two Matchdays he could go on to replicate his excellent stats of three goals and four assists in 2018-2019 season.

Plattenhardt didn’t leave much of an impression last season as he spent most of the time on the sidelines due to an injury but could make a big comeback this season as he is expected to be the first choice left-back under Pál Dárdai and he will also take free kicks and corner kicks for the team which just adds to his appeal as a fantasy asset. The opening run of fixtures might not be favourable for the Berliners for the first three matchdays but Hertha players will be a must-have from Matchday 4-5 when they play promoted teams VfL Bochum and Greuther Fürth in consecutive weeks and Plattenhardt could be a budget gem with his added attacking threat from set-pieces.

Another full-back that is on free kicks and corners, Widmer joined the team as a replacement for Philip Mwene who left for PSV and plays for a Mainz team that was only fourth for goals conceded under head coach Bo Svensson since he joined. He could be a shrewd pick for the first three matchdays (vs RBL, @BOC, Vs SGF)  with his clean sheet and attacking potential but will be one to wait and watch for now with the recent covid cases in the Mainz camp.

da Costa used to be a popular pick in Fantasy Bundesliga before he fell out of favour for Erik Durm but now that Oliver Glasner has replaced Adi Hütter as head coach, it seems that he will be the first choice right wing-back for the team again. He is priced really cheap at 5M and could be a good source of attacking points with games against FC Augsburg and Arminia Bielefeld within the first three matchdays before we get a wildcard for the International Break.

Arminia were one of the best defensive teams in the league last season keeping 11 clean sheets (3rd) and conceding just 52 goals (7th) throughout the campaign. The team has looked even better defensively under new head coach Frank Kramer and even though Laursen might not have much-attacking potential, he could always chip in with clean sheet points which is more than one can ask for at 4M.