GAFFR Fantasy Championship: What We Learned From Gameweek 1 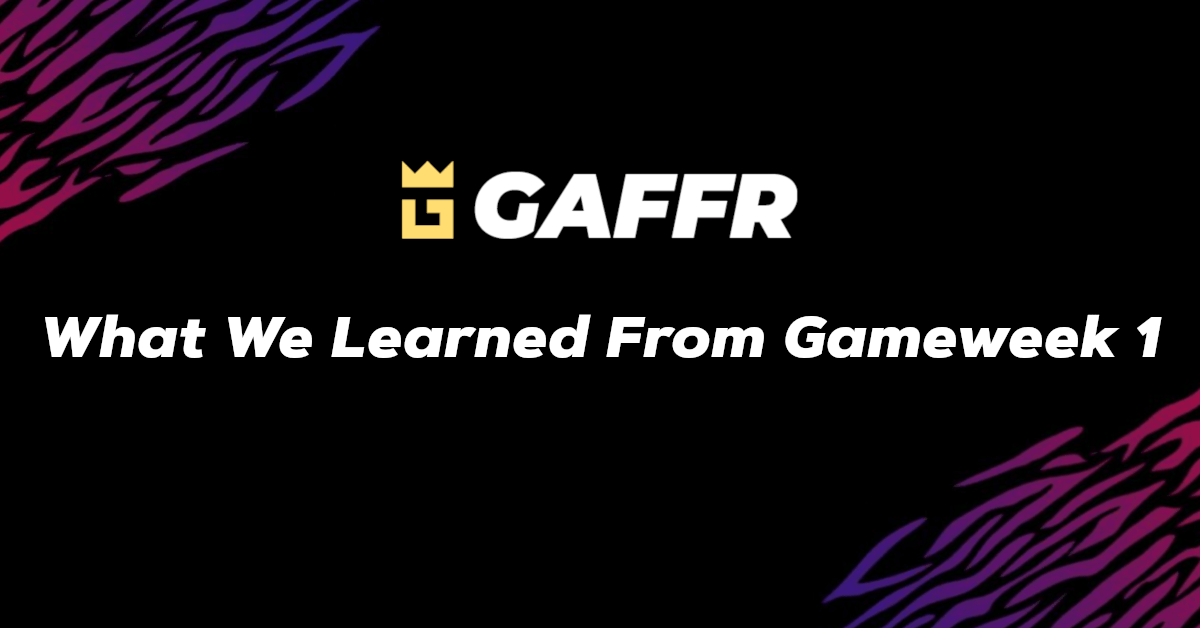 With the conclusion of this Championship season’s opening weekend, we can now begin to take a look at some takeaways and conclusions that we may have come to over this first gameweek relating to our GAFFR teams. So let’s take a look at the five points I gathered from this week’s round of games.

Brooks Not up to Scratch? Is He Worth It in GAFFR?

David Brooks (£8.0M) has proven to be fairly hit and miss in his time at Bournemouth and in their game against West Bromwich Albion, Brooks didn’t look like the same player from 2-3 years ago. The Welshman completed just 20% of his dribbles and completed just one key pass showing a lack of creativity which used to be his bread and butter. As of right now, I feel confident in saying there are better options for the same price and cheaper than Brooks, if you own Brooks like myself I wouldn’t rush to get rid after just one gameweek but it’d definitely be something to take a mental note of.

Blades Blunt at the Back?

Going into Gameweek 1 Sheffield United were predicted to be one of the stronger sides in the league, especially defensively, and rightly so. The last time the Blades were in the Championship they racked up more clean sheets than any other side in the division. However, their lacklustre performance against Birmingham City already has people worrying. To be truthful the Blades were very poor at defending crosses, in particular, Birmingham’s goal came from a cross as did the one they had disallowed, Scott Hogan also missed a huge chance which came from the Blades struggling to deal with a dangerous ball into the box. This is only one game but the glaring problems were there, it will be up to Slaviša Jokanović and his team to look to address the issue as the season progresses.

Peterborough the Team to Target in GAFFR

Unfair it may be to write off a team after 1 gameweek, Peterborough’s performance against Luton left a lot to be desired. “Posh” created just 0.2 xG, the least of any side in gameweek 1. This lacklustre showing ended in a 3-0 defeat with Peterborough causing little trouble to Luton throughout the full 90. In the future, we may look to target players who play against “Posh” as captain choices due to their leaky defence and inconsequential attack.

While Ben Brereton had a fairly good season last time out, his start to this campaign after he adopted the name Ben Brereton Diaz was nothing short of extraordinary. Brereton Diaz registered a staggering seven shots, the most in the division, while his goal came from the penalty spot, perhaps indicating that he could be the main penalty taker for Blackburn this season. Blackburn as a whole looked very effective. Despite having just 35% possession, the second-lowest of any team in gameweek 1, they managed 21 shots, the most of any team.

McFadzean Is the Man

Prior to the season starting I actually wrote a piece looking at £4.0m defenders, I mentioned McFadzean and his ability to score headers in that article and what a return it was for him. His 96th-minute goal proved to be crucial as Coventry City beat Nottingham Forest 2-1. This goal wasn’t a one-off however, McFadzean had the joint-most shots on target in this game, proving that despite being a centre-back he does carry a goal threat. Coventry assets as a whole looked interesting in this game though, with Callum O’Hare (£5.0M) and Ben Sheaf (£4.5M) both putting in incredible performances and at their prices could be great budget picks in GAFFR as the season goes on.

You can find GAFFR Fantasy Championship for the 21/22 season here.