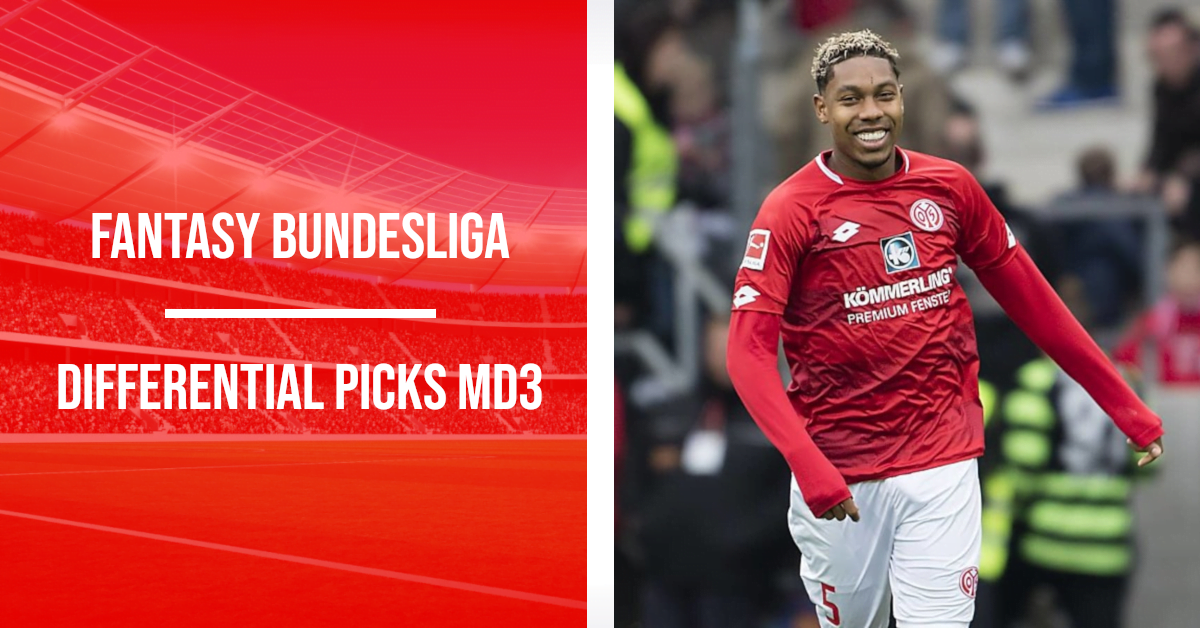 Fantasy Bundesliga Matchday 3 is right around the corner and this article covers players with less than 10% ownership who could turn out to be the highest points scorers in the matchday.

The Dortmund attacking playmaker and captain has been in very good form in this new Bundesliga season. He has scored one goal and is involved in all the freekicks and set plays for the team. His underlying stats for the season are below:

While many own Halaand, a double up with Reus who is only owned by 7% of the managers and has a standalone fixture against Hoffenheim may be a great way to gain ranks before the International Break.

The FC Köln forward has been in great goalscoring form this season with a goal against Bayern last week along with his involvement in all of the attacking play for Koln makes him a vital asset for the team. His underlying stats for the season are below:

Uth is owned by just 2% of the Fantasy Bundesliga managers but is a slight doubt for the upcoming game due to back problems. In case he doesn’t, Striker Anthony Modeste is also worth a shout at 6.5M although he is a bit more goal reliant for points than Uth.

The Mainz forward had a substitute appearance against Bochum as he was returning after quarantine and looked very lively and added a goal threat to the Mainz attack. His stats from the 2020-21 season are as below:

With ownership of 1% and a matchup against Greuther Fürth who have looked shaky defensively, he is expected to have a good game and possibly get some Fantasy points in the process.

Nadeem Amiri vs Augsburg (A)

The Leverkusen dynamic midfielder is having a good start to the Bundesliga campaign and has done well in the last match against Gladbach scoring one of their four goals. His underlying stats for the season are below:

With effective ownership of just 3% and a match against Augsburg who sit at 17th in the league table makes him an enticing prospect for the matchday.

The Mainz midfielder was one of their best creative players last season with two goals and four assists and was linking up with the strikers from midfield. He is the pick of the Mainz attackers and his stats for the 2020-2021 season are below:

He is owned by 1% of the fantasy managers and a home game against the defensively weak Greuther Fürth team can be just perfect for a haul.

The FC Köln midfielder caught my eye in the opening matchday against Hertha Berlin scoring two goals and having three shots on target and was the team’s main attacking threat. His underlying stats for the season are:

With ownership of only 5% and an appealing home game against promoted side Bochum, it makes for a very good choice of this player in our fantasy teams.

Mitchel Bakker vs Augsburg (A)

The young attacking dutch left-back who has arrived from Paris St Germain impressed with his attacking display in the match against Gladbach, Bakker was a constant threat down the left and playing in dangerous crosses and also took shots from distance with one strike finding its way at the back of the net thanks to some assistance from Borussia keeper Yann Sommer. His underlying stats are:

Counterpart Jeremie Frimpong is also worth a shout as he has a similar attacking threat and also costs the same price – 7.3M.

Ramy Bensebaini vs Union Berlin (A)

The Algerian left-back had an outstanding season in the Bundesliga last year and was one of the best performers in the team. He is known to make attacking runs and provide crosses for attackers and has also taken a few penalty kicks for his team. His underlying stats are below from the 2020-21 season:

With ownership of 1% and a good fixture against Union Berlin, he can be a shrewd pick if Borussia are going to bounce back.

The right-back from Koln has been involved in the attacking play of the team and making runs down the right flank and providing crosses for attackers His underlying stats are:

With a fixture against Bochum, we can expect a good return attacking as well as points for duels won along with a possible clean sheet.

You can find additional Fantasy Bundesliga resources for the 21/22 season here.