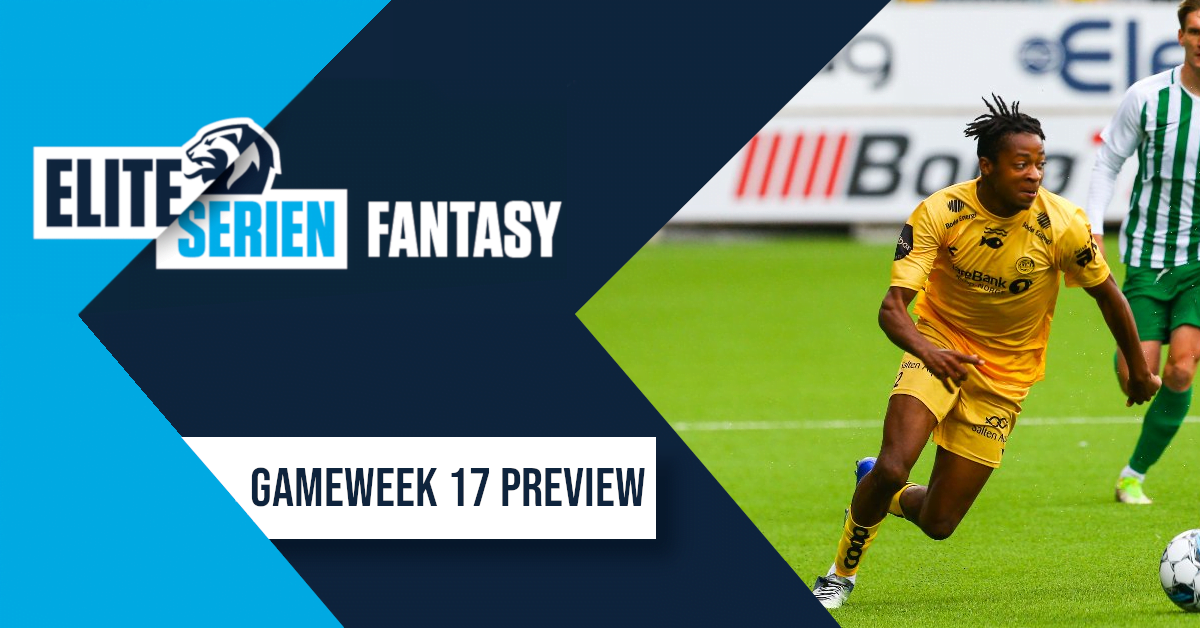 FK Bodø/Glimt’s teenage sensation Joel Mvuka has been on a roll with five assists in his last four games, solidifying his spot in Jacob Silkstone’s Eliteserien Fantasy TOTW for gameweek 17 with a fixture against Odd.

Regular fantasy players will be all too familiar with the DGW drill by now. You spend a few weeks getting overly enthusiastic about average assets with a double fixture, fill your team with as many as possible (preferably taking at least a -8 along the way) and then watch the doublers blank/get rotated/’do a Dennis’ while the single gameweek players you’ve just sold march serenely on to their inevitable points hauls.

At least, that’s how it usually works. But where the likes of Man City and Liverpool so often let us down in FPL, Tromsø and Kristiansund have delivered spectacularly in the Eliteserien version of the game. They might not update the transfers or add the bonus points on time, but apparently, Eliteserien Fantasy still can’t be beaten when it comes to a top-quality double gameweek. Our three Tromsø picks (captain August Mikkelsen, plus Eric Kitolano and Lasse Nilsen) recorded a fairly decent 73 points between them, with 11 more from Kristiansund’s Bendik Bye. To balance things out, our single gameweek selections all blanked, but our final score of 98 was more than double the overall average for the gameweek (40). Had Martin Linnes been substituted just a few minutes later, we’d have recorded a single successive triple-figure score.

With no doubles or blanks, and possible rotation as the bigger clubs look ahead to crucial European fixtures, GW17 is harder to call…

HamKam have had to let go of influential midfielder Kristian Eriksen after a bidding war between Bodø/Glimt and Molde, with the latter emerging victorious. Even with Eriksen, HamKam had scored just twice in their last five games, and now face a trip to a Rosenborg side with two clean sheets in their last three. André Hansen (5.6M) takes his place between the posts for us this week.

Lillestrøm suffered a tough defeat in their Conference League game, but the budget-friendly Tom Pettersson (5.0M) returns to our line-up before a home match with Tromsø. Despite missing the first three games of the season with injury, Pettersson has more bonus points than any other player in the Lillestrøm squad, and his last three home starts have produced two goals from set pieces.

At home to Jerv and currently in just 1.3% of fantasy teams, Haugesund’s solid centre-back Søren Reese (4.9M) is one of our favourite budget picks this week.

Although we’re not expecting him to play the full ninety minutes, Amahl Pellegrino (12.1M) is our premium midfielder ahead of Bodø/Glimt’s home match against Odd. The defending champions have been in sizzling form lately, scoring nine in their last two Eliteserien home games and five more in their midweek Champions League clash. Pellegrino is a good bet to be the most captained player among the elite managers this week, and he’s increasingly hard to ignore. He’s our captain for this gameweek.

As long as Molde remain in Europe, Magnus Grødem (8.0M) is in the unusual position of being one of their key fantasy assets by virtue of not being one of their key players. While the main men are at risk of rotation, Grødem was subbed off before the 60-minute mark on Thursday evening and should be ready for a start against Kristiansund.

Joel Mvuka (6.6M) was another player subbed early in a key European fixture this week. Despite being profligate in front of goal, Mvuka has five assists in his last four and shows every sign of delivering a major haul soon. He’s currently sixth among active players for xA per 90 minutes.

Christos Zafeiris (5.5M) takes our budget midfield slot ahead of Haugesund’s game against Jerv. Zafeiris finally registered his first goal of the season last week, and sits second for expected assists among the Haugesund squad.

Summer signing Lars-Jørgen Salvesen (9.3M) was immediately off the mark for Bodø/Glimt in their hugely impressive Champions League victory over Zalgiris. Having looked marginally over-priced at Strømsgodset earlier in the season, he now looks underpriced at his new club, especially with Victor Boniface’s departure to Union Saint-Gilloise. One to buy soon and probably hold for the rest of the season.

Akor Adams’ unfortunate injury last week leaves Holmbert Fridjonsson (8.8M) as Lillestrøm’s undisputed first-choice striker. Fridjonsson already has a hat-trick in Europe this season, and provided a goal and an assist after coming off the bench last week. Having played the full ninety just once in the league, this is his chance to cement a regular place for the surprise title challengers.

Ole Christian Sæter (6.4M) can count himself unlucky not to have been awarded a single bonus point last week following a goal and an assist, probably a reflection of a couple of big chances squandered. Still, the Rosenborg striker looks a constant threat, averaging close to a goal every 90 minutes this season. 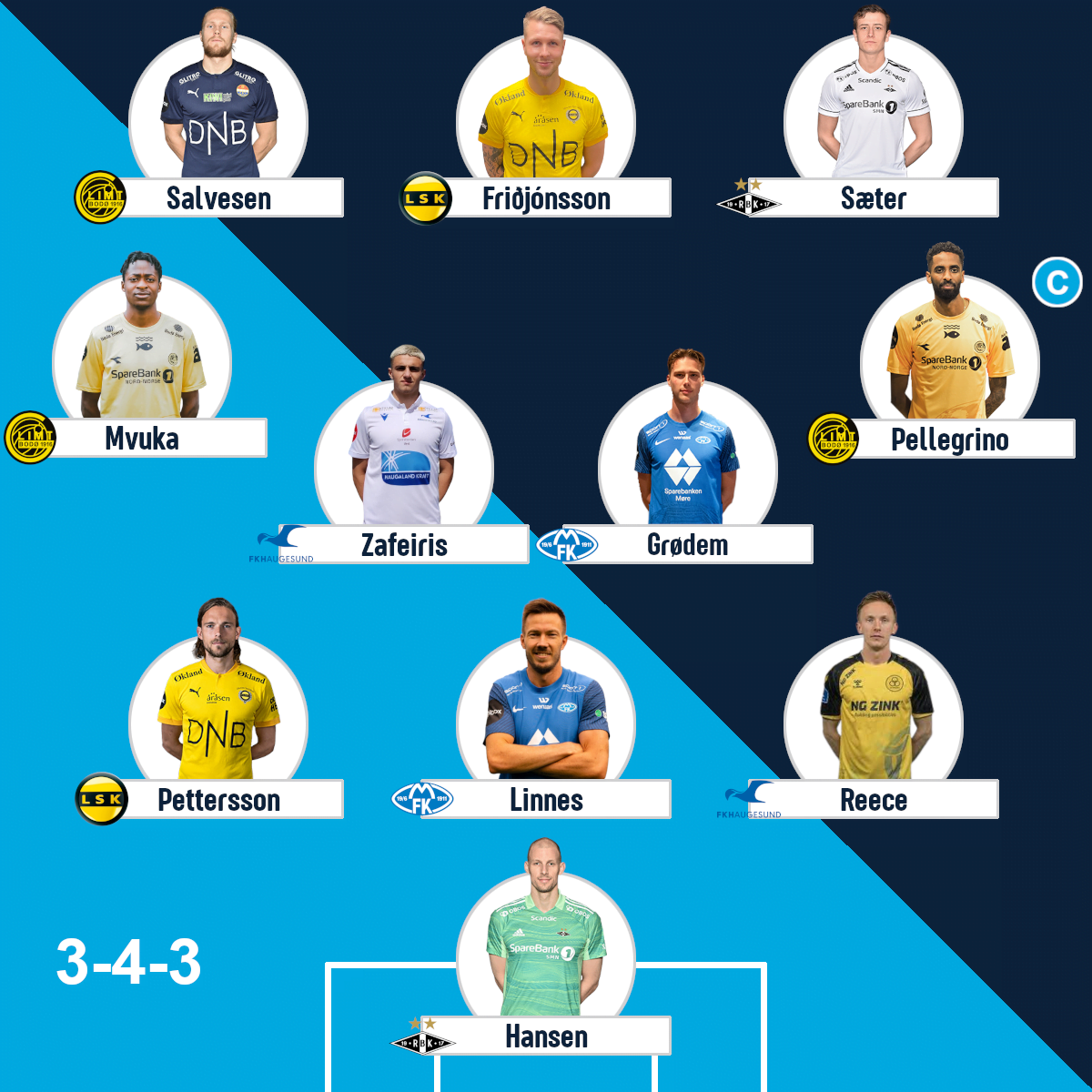