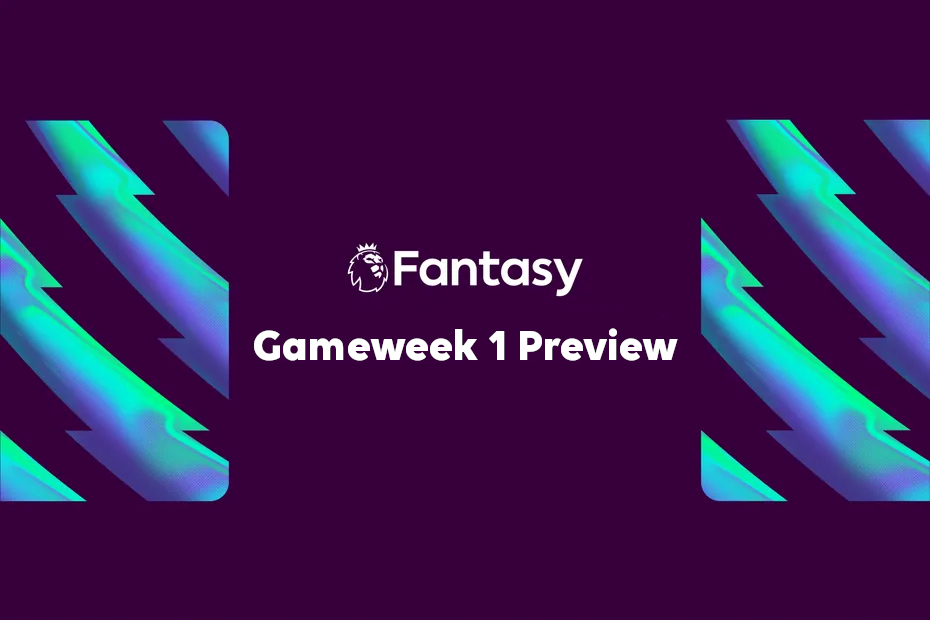 With FPL GW1 coming up we preview each team, their predicted lineups and what you should know about as a Fantasy Premier League manager.

Hello! This is Arturo Hernández, I am from México and I will be writing every gameweek about Fantasy Premier League, giving the preview for the games and a small summary of what happened during those games. Feel free to follow me on Twitter as @arturohdezseg for the latest info.

I won’t be giving a preview for the whole Premier League now, as the fate of many teams can change a lot in the remaining days of the transfer window (Chelsea looking desperately for signings, Manchester United and their search for a central midfielder, the arrivals for the promoted teams and Leicester City trying not to lose their key players), I will just focus this time on the first gameweek. Hope you all have already picked your team and the best of luck!

Arsenal features again in the opening game of the season; last year they lost 2-0 at Brentford, they will try to change their luck this time against a very exciting Palace side.

• Tomiyasu’s injury problems have forced Arteta to play centre back Ben White to play as a full back. He will be facing one of the most dangerous players in the league, Wilfried Zaha. The Ivorian has improved his numbers under the management of Patrick Vieira and will try to start the new season as he finished the last one.

• The Gunners signed Gabriel Jesus from Manchester City and the Brazilian has been one of the big names of the preseason tour: 7 goals in 5 games are the reason of him being the highest-owned player of the game, let’s see how he links up with Bukayo Saka, Gabriel Martinelli and the new captain Martin Odegaard.

Newly promoted Fulham will host the Champions League and Premier League runner-up on the early kick-off on Saturday.

• Aleksandar Mitrovic broke last kind of goal records last season in the Championship (43 goals in 44 games played). He has been in the Premier League before without having the same impact; on his debut he will face the solid Liverpool defense, let’s see what can he give to his team.

• Luis Díaz had a great debut for the Reds last season. With Sadio Mané gone, he has earned a spot on the starting XI and will try to improve those numbers against one of the weakest teams in the competition.

Steven Gerrard’s boys will travel to the south of England to take on the Cherries, who are still missing many signings on his return to the Premier League.

• Scott Parkers spoke yesterday on a press conference about how his current tea mis weaker than the one that achieved promotion 3 months ago. He is still expecting some arrivals for his team to fight and stay in the Premier League, so we might see very unfamiliar faces on the bench this time.

• Leon Bailey was the most exciting signing for the Villains last season and he couldn’t show his qualities due injuries (only 1 goal in 18 games played). He had a great preseason and will look to maintain that form when the season starts.

After maintaining their Premier League spot in the last game, Jesse Marsch and Leeds United start the season against Wolves which will look very different from what we have seen from them in the last 4 years.

• The hosts will play without at least 7 players from the first team; James is suspended while Sinisterra, Ayling, Dallas, Firpo, Cooper and Forshaw are injured, so don’t expect many surprises on the starting lineup.

• Wolves don’t have any striker available (Silva left on loan and Jimenez will be out for at least a month); Lage has played with a system which allows Neto and Podence to switch positions constantly, they might cause some problems.

The Magpies are ready for an exciting season ahead and are hosting Nottingham Forest, who are back in the top tier of English football for the first time since 1999.

Keys to the game:
• Miguel Almirón has looked Sharp during the preseason. 4 goals for the midfielder from Paraguay has earned him a spot in the starting lineup; he has not always looked great when it comes to scoring goals but he will try to change his luck this season.
• The visitors have spent big money in the market (almost 95 million euros according to Transfermarkt); unfortunately for them, this doesn’t always mean good in Premier League. At least 8 new faces could start on Saturday, so we might not yet see a good level of chemistry between them.

After a busy summer transfer window, Spurs are ready to welcome a new season when they host a very young-looking side of Southampton.

Keys to the game:
• Harry Kane and Heung-Min Son are one of the best partnerships in football. They had their best performance together 2 years ago against Southampton; Sonny scored 4 goals while the Hurrikane assisted all 4 and netted one more for a memorable game. We will see if the Saints learned the lesson.
• Many youngsters have arrived this season to Southampton; Aribo, Mara, Lavia and Bazunu will try to have the same impact that Livramento and Broja had last season. It’s a risky challenge for Hasenhuttl’s team, but they will try to have a nice style of play and to have a calm season.

Keys to the game:
• Calvert-Lewin’s latest injury is a massive blow for the hosts. With both strikers out (Rondón is suspended), we might see Dele Alli playing as a false nine. A central midfielder is also missing for the Toffees, with the club trying to sign back Gueye, so I expect Iwobi to play in that position.
• Chelsea have missed out on many signings this summer (De Ligt, Kounde or Raphinha, to give a few examples), so the side we expect on Sunday will not look so different from last season. Cucurella’s deal has been announced so there is a small chance we get to see the Spaniard in action.

• Barnes’ injury changes all plans for Leicester, who will not have Ricardo as well. The Foxes haven’t signed anyone yet and are expected to still let go of some players, so we expect a weaker team with still many great players to make the difference such as Maddison and Vardy.• Thomas Frank has left behind the 3 at the back formation and will try to have a more offensive team in its second season in the Premier League. Wissa had a great second half of the season and Mbeumo will play more on the right, with Toney as the main man in attack.

Erik ten Hag’s debut at home will be on Sunday when his Red Devils host a very exciting Brighton side which beat them 4-0 last time they played.

Keys to the game:
• The home side had a good preseason, with players such as Sancho, Rashford and Martial (out with an injury) showing that they can get back to their best. With all the Ronaldo saga going on, the club has yet to decide what to do with the Portuguese legend, who is expected to play. The question is whether he will start or not.
• To guess correctly a starting lineup with Graham Potter’s team is almost impossible. Maupay has been rumored to leave the club, while Duffy just went to Fulham on a loan. Some exciting names like Caicedo, Undav, Sarmiento and Enciso might get a start.

The English champions start their season at the London stadium against West Ham who will be paying attention to their Conference League play-offs which take place next Thursday.

Keys to the game:
• Last season, the Hammers caused a lot of problems for the Citizens, especially the Bowen-Antonio duo, who almost left Guardiola’s team with no league title. The question this time is if Moyes will choose a back 3 or a back 4 to contain City’s attack with so many talented players.
• City’s star signing, Erling Haaland, looked good on the Community Shield against Liverpool but failed to score after having at least 3 clear chances. With Mahrez, Foden, De Bruyne and Grealish providing him assists, I expect the big man to score sooner than later.

That’s it for this time, thanks for reading and please give me your feedback!

A lover of football and Fantasy games, Arturo writes about the Premier League, European, South American and Mexican football.