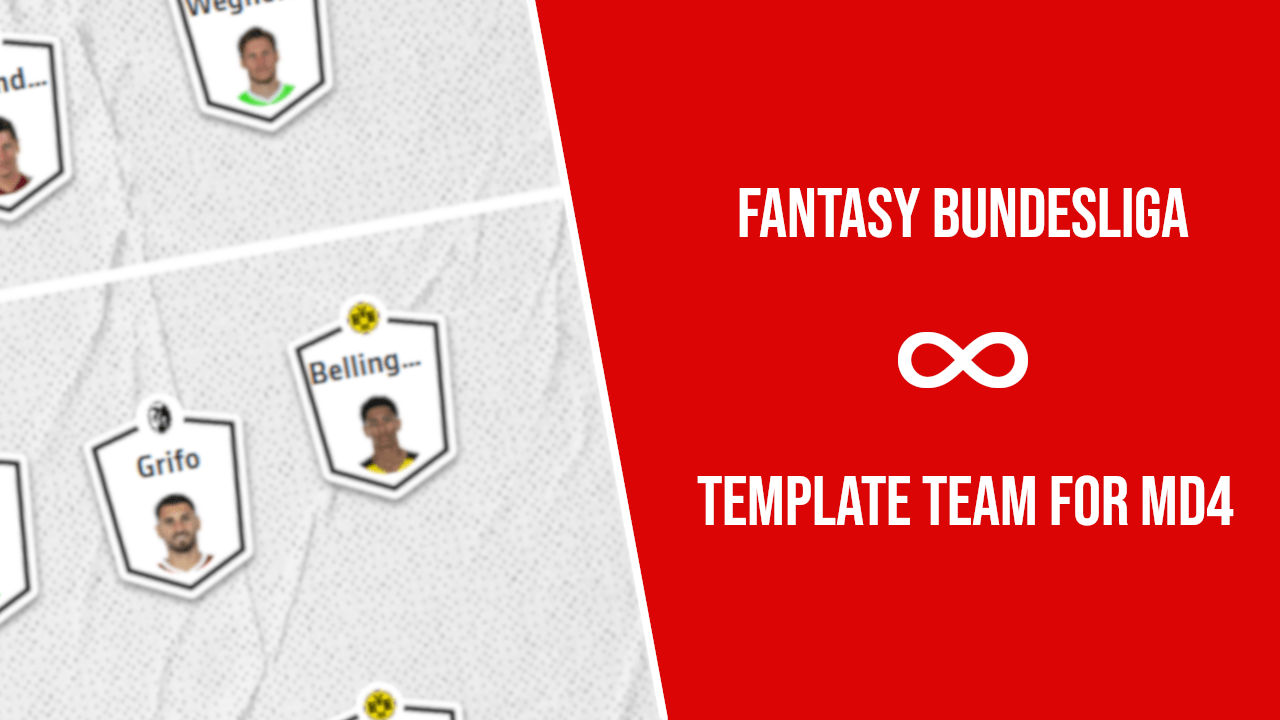 Bundesliga Fantasy Matchday 4 is on the horizon and we have unlimited transfers to create our teams from scratch. I have created a template team that considers the form fixtures as well as percentage selections which will help you to put a good fantasy team for the upcoming matchday. Moreover considering many manager’s fantasy budgets I have kept the average budget to 152M and also suggested a few alternatives that will help to differentiate from the rest of the template.

The first name on most teams in the fantasy game, and though I hate using the term, he is an ESSENTIAL fantasy asset and is expected to return consistently high fantasy scores. He is now on a 13 game scoring streak which is tied for the all-time record set by Gerd Müller and you can bet on him to break another one of “Der Bomber’s” records again.

The main man for Dortmund has been in scintillating form this season scoring three goals and three assists in the opening three matches. He continued his goal-scoring run in the international break with a hattrick for Norway in their last World Cup qualifier game against Gibraltar. Haaland has the form and fixtures with games against Leverkusen, Union Berlin and Gladbach makes him a must-own player in Bundesliga Fantasy.

The towering 6’4 Wolfsburg striker has the best fixture a striker could possibly ask for against Greuther Fürth, the side that has conceded the most number of shots in the first three matches with 60. The defensive vulnerabilities of Fürth along with the attacking threats of Wolfsburg makes him a reliable choice.

The Bayern central midfielder is the highest owned midfielder in the game currently with an ownership of 50% and is a stable option in the ever-changing Bayern midfield.

Though he is recently playing in a more defensive role, he has the ability to score from outside the box as well as create goals with his involvement in all set-pieces including direct free-kicks and corners which opens avenues for goals and assists.

The Dortmund midfielder has been in good form recently scoring in the last match against Hoffenheim and taking up advanced position in the attacking play and in the absence of Gio Reyna, he will be expected to be the main creator from midfield, with upcoming games against Leverkusen and Union Berlin he is expected to be the pick of the BVB midfielders in Bundesliga Fantasy for the next few matchdays.

The Wolfsburg midfielder has been in good form to start the season notching up one goal and has provided lots of threatening crosses from the right flank.  He has some good fixtures coming up against Greuther Fürth, Frankfurt and if the strikers can convert his crosses we can see him racking up lots of points but do keep an eye out on whether he starts at right-wing or right-back in the next game.

Freiburg’s main man has been the mainstay of their midfield so far. He is on all the set-piece play including direct free-kicks as well as penalty kicks. He has already found the net with a spectacular free-kick against Dortmund and with an upcoming fixture against Köln, Mainz and Augsburg, he offers great potential in fantasy.

The Gladbach captain is expected to play up front as a striker or as a #10 depending on the formation deployed and is on penalties as well. He has an xG (Expected Goals) of 2.0 and is creating a lot of chances so we can expect a big game from him sooner rather than later.

The Swiss right-back has good fixtures against Fürth and Frankfurt and with his attacking style of play, he can provide attacking returns along with the solid defence of Wolfsburg clean sheets are also likely.

Dortmund left-back Guerreiro is probably one of the best attacking defenders in the league and an essential for the fantasy game because of his high involvement in setting up chances and passes to shot and even has a pretty good free-kick on him to score. Though the fixtures are tricky, I still back him to get points against any opposition.

This attacking Bayern left-back was an injury concern initially but has recovered since and was pictured in training and is expected to start. He has been taking up an attacking position in the left and can provide attacking returns and assists. The fixture against Leipzig appears tricky but considering his recent form and Bayern’s next matches with Bochum and Fürth makes him a good pick.

The Gladbach defender is nailed on to start with the injury to their first-choice right-back and at a budget-friendly price of 2.2M, he is one of the best enablers in Bundesliga Fantasy right now along with Niko Gießelmann since Bayern’s Josip Stanišić is likely going to lose his spot to Benjamin Pavard.

The Freiburg left-back has been very attacking in the opening few matches and is involved in a lot of their attacking play notching up an assist along with many passes to shots. His upcoming fixtures against Köln, Mainz and Augsburg offers a good chance to return fantasy points.

The Bochum Keeper has racked up the saves with a save percentage of 81% and a solid-looking Bochum defence can be the keeper of choice for the upcoming matchdays. 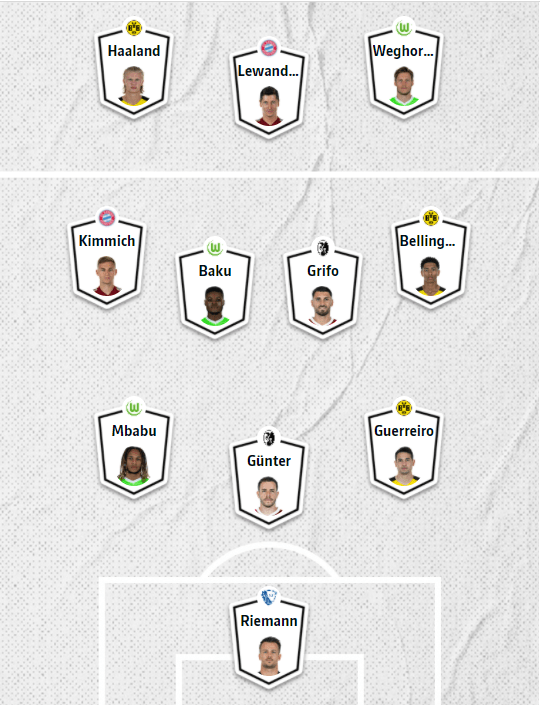 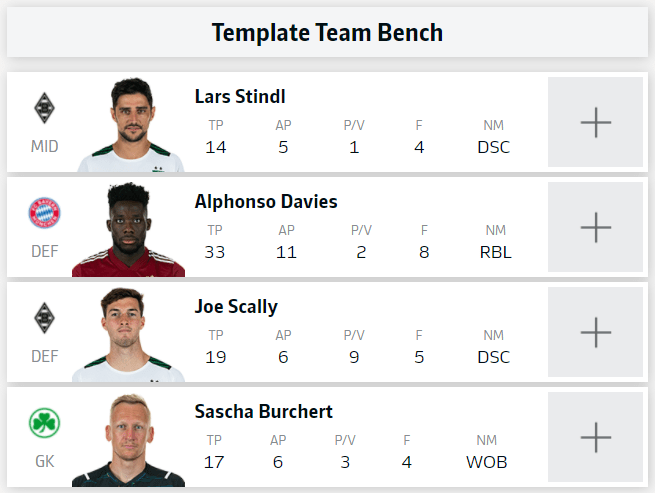 You can find additional Fantasy Bundesliga resources for the 21/22 season here.