UCL Fantasy Must-Have and Differentials From Each Team: Matchday 2 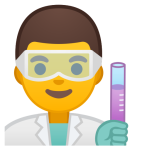 UCL Fantasy is back for matchday 2 after some one-sided wins and some surprises such as Real Madrid, Dortmund and PSG losing in Matchday 1. This week kicks off with Lokomotiv Moscow against Bayern Munich on 27th October.
These are our must-have and differential picks from each team:

Must-have/Differential: Anton Miranchuk (5M/0%/MID): Anton offers stability in the midfield and is on set-piece duties and penalties. While Bayern is certainly a tough match, playing at home might just give an edge if Bayern makes a dangerous foul.

Must-have: Robert Lewandowski (12M/50%/FWD): Everything is clear when it comes to Lewy, 10 goals in 5 Bundesliga matches are very promising, it’s just a matter of time before he translates it to UCL too and this might just be the match.

Differential: Lucas Hernandez (5M/1%/DEF): With the absence of Davies due to his injury, Lucas should take his place at left-back and considering his price tag and a high clean sheet probability, he’s definitely a great asset for this matchday.

Must-have: Tete (5M/4%/MID): After his eye-catching performance vs Real Madrid, Tete will surely be in many #UCLFantasy teams this week and rightfully so, despite the matchup vs Inter. The fast winger can both create and gets into many goalscoring chances so he might be a tasty option.

Differential: Manor Solomon (5.5M/1%/MID): The Israeli Shakhtar left-winger is another one of our differentials as he’s been involved in a goal every 141 minutes this season.

Must-have: Lukaku (11M/7%/FWD): The prominent Belgian striker has proven that he’s still got it this season netting 7 times in 6 matches combined in Serie A and Champions League. His fairly low ownership might be justified by his price, but it’s certainly a good time to check him out.

Differential: Barella (7M/1%/MID): Often involved in chances with a decent potential of ball recoveries, Barella offers both for an understandable price tag.

Must have/Differential: Mickael Cuisance (5.5M/0%/MID): At 0%, Cuisance is a really attractive option if he plays as a number 10 and given the low interest in Marseille players which is understandable given their opponents, he might give you an edge if things go Marseille’s way.

Must have: Kevin De Bruyne (11.5M/3%/MID): De Bruyne is finally back and Guardiola can rest assured knowing KDB will do his best to continue his world-class form.

Differential: Ferran Torres (7.5M/0%/MID): Torres should start this weekend and given his previous form in the competition it would be hard to ignore his potential in this game.

Must have: Andrew Robertson (6.5M/12%/DEF): Robertson is a well-known face in the competition and he’s facing one of the weakest teams in the competition, talk about an assist potential.
Differential: Diogo Jota (7.5M/1%/MID): Jota is set to get his first start as a Liverpool player and so far he made the most out of his Liverpool minutes.

Must have/Differential: Anders Dreyer (6M/0%/FWD): 3 goals and 2 assists in 5 Danish league appearances really make Dreyer a hot option against rotated Liverpool squad and he managed to notch 3 points despite his team losing in MD1.

Must have/Differential: Jonas Hofmann (7M/0%/MID): Hofmann has been in hot form this season in both Bundesliga and Champions League and given the fact that he wasn’t starting in the weekend game against Mainz, he might offer freshness and continue his involvement streak.

Must have: Karim Benzema (10.5M/4%/FWD): Maybe he’s a bit boring as a pick but he has shown that the team just reaches the next level with him in the side.
Differential: Ferlan Mendy (5.5M/3%/DEF): The potent right-back has been nothing but solid for Real Madrid this season but due to the weak team performance vs Shakhtar he may be under the radar to most people, even though he played solid throughout the game.

Must have: Luis Suarez (10M/5%/FWD): The prominent Uruguay striker is slightly doubtful for the match but if he does start he’ll be one to watch.

Differential: Kieran Trippier (5M/4%/DEF): The Englishman is well acquainted with set pieces, what more could you want?

Must have: Zlatko Junuzovic (5.5M/3%/MID): Cheap and efficient in a team with attacking mindset.

Differential: Dominik Szoboszlai (7M/1%/MID): One of the best young playmakers in the game is determined to keep up with the good performances on the big stage.

Must have/Differential: Pepe (5M/1%/DEF): He might not have had a good game against City except the 3 points he won for ball recoveries but the next game against Olympiacos is a good one to turn it around considering that they struggled to create good chances and only edged Marseille by a goal in extra time.

Must have/Differential: Jose Sa (4.5M/5%/GK): He is a great budget in what is considered a good defensive team. Sa also kept a clean sheet against Marseille last week.

Must have: Alejandro Gomez (8.5M/16%/FWD): He offers great value if you want a player from one of the most dangerous attacking trios in the world.

Differential: Duvan Zapata (9.5M/4%/FWD): Zapata is the most consistent player for Atalanta and Ajax should have a hard time dealing with his physicality and sharpness.

Must have: Nicolas Tagliafico (5M/8%/DEF): He is the best defensive option from Ajax and occasionally chips in with a goal or assist.

Differential: Lassina Traore (5M/7%/FWD): Traore is coming off an incredible game where he scored 5 goals and assisted 3 in a thumping 0-13 win against VVV in the Eredivisie. His next game will be one to watch.

Must have: Matvei Safonov (4.5M/0%/GK): Probably the best young Russian goalkeeper, an expert at shot-stopping and penalties could have many saves versus a potent Chelsea side.

Differential: Reece James (5M/2%/DEF): He is placed in one of the easiest groups in the tournament and has a good clean sheet in almost every game. The next game against Krasnodar being one of them.

Must have/Differential: Visca (7M/0%/MID): Right winger of Basaksehir has been named as the best player of the Turkish Superleague for 2 consecutive years now, understandable given his last season impact of 13 goals and 13 assists. Even though his team got dominated in the first match vs Leipzig he has shown that he has the quality and is the most likely player to score in this very hard group for his team.

Must have: Kylian Mbappe (11M/23%/FWD): Mbappe is the most dangerous player at PSG and forms a formidable duo with Neymar. He should have plenty of good opportunities to score against Istanbul.

Must have/Differential: Tokmac Nguen (6.5M/0%/MID): Nguen has been one of the best players for his team scoring 5 goals in 6 games in the league.

Must have/Differential: Gerson Rodrigues (4.5M/5%/FWD): One of the cheapest forwards in the game, if you expect Kyiv to score some goals against a team that conceded 5 last week then you can expect Gerson to be involved.

Must have/Differential: Dejan Kulusevski (8M/1%/MID): Kulusevski has been a real find for Juventus and now he goes up against a Barcelona side that has struggled defensively in recent times.

Must have: Ansu Fati (8M/33%/MID): Fati is one of the most talented youngsters in the world breaking goal scoring records such as being the youngest goalscorer in UCL history last week. Juventus should be a good challenge for him.

Must have: Charles De Ketelaere (4.5M/MID/6M): De Ketelaere put on an impressive show against Zenit, eventually scoring the winning goal. Now he plays Lazio that have a possible covid outbreak at the club so there could be heavy rotation.

Must have/Differential: Ciro Immobile (10.5M/2%/FWD):He is simply the most lethal force in the team and also chipped in with a goal and assist in his last game against former team Borussia Dortmund.

Must have: Marcus Rashford (9M/3%/MID): I prefer him over his teammate Bruno Fernandes because he is more likely to score from open play. Which I prefer rather than expecting returns from penalties most the times.

Must have: Angelino (5M/16%/DEF): He has found his shooting boots being one of the top goal scorers while playing as left-back in a very strong defensive team.

Must have: Erling Haaland (11M/37%/FWD): Haaland is as consistent as it gets. He has scored in his last 6 games and he could easily make it 7 against Zenit.

Must have: William Barrios (4.5M/47%/MID): He will be a gem of a player at 4.5M if he keeps getting ball recovery points as he did last week.

Must have/Differential: Diego Carlos (5M/3%/DEF): Sevilla might not be one of the strongest teams offensively but they got a good defence and even managed to shut down Chelsea away last week.