UCL Fantasy: Team of the Season So Far 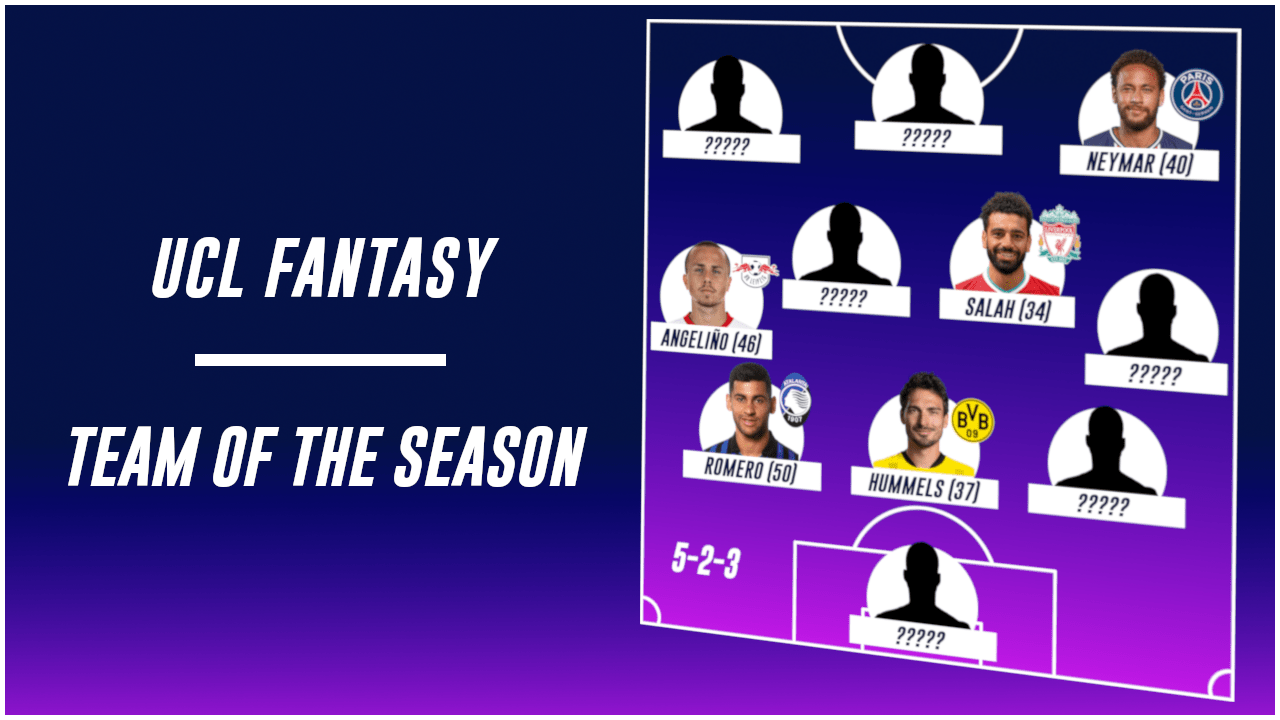 UCL Fantasy is back and as we gear up for the UEFA Champions League knockout phase, we look at the team of the season so far from the group stages. There are some surprising inclusions and omissions in the team and now the big question is, do defenders offer the best value in the game?

He has been the real star of Borussia Mönchengladbach’s UCL run so far as they managed to secure a spot in the knockout stages on goal difference in a group that includes Real Madrid and Inter Milan. Pléa finished the stage with the highest goals (5)+assists (3) and scored the most points amongst forwards with 41 but has failed to convert his form in Europe domestically, having scored just three goals and assisted one in 16 games for the “Die Fohlen” and their participation in the tournament’s next edition hangs in the balance as they currently languish at seventh in the Bundesliga table.

The current Ligue 1 Player of the Year also had a good showing in the initial stages returning in every game he started, finishing as the joint top scorer with six goals and accumulated the second-highest points amongst forwards with 40 points. He helped PSG move out of the “Group of death” with his performances but his highlight so far was the hattrick he scored against İstanbul Başakşehir F.K on matchday six.

Morata has been on the receiving end of some scathing criticism lately but has let his numbers on the pitch talk for him and with six goals in the UEFA Champions League so far, it makes him the joint top scorer along with Neymar, Haaland and Rashford. So he couldn’t have done much better. One to consider as they take on Porto in the Round of 16 – the best fixture on paper.

Pep Guardiola had a serious problem on his hands at the start of his UCL campaign with a hectic schedule coming up and a squad that was already depleted due to injuries to key players such as Kevin De Bruyne and Gabriel Jesus and the only fit striker in the squad – Sergio Agüero injured himself in the first matchday of the group stages against Porto. The Manchester City manager had to get creative and he decided that new signing Ferran Torres should fill in at #9 and his decision paid dividends as he scored five minutes after coming on for the injured Agüero in a 3-1 win. Torres went on to score in the next four out of five games he started and became Pep’s go-to goalscorer in the tournament. He was rewarded generously for his performances and finished as the joint top-scoring midfielder with 34 points in UCL fantasy.

Most would’ve pegged Salah to be one of the top scorers in Fantasy at the start of the tournament and the Premier League Player of the Year didn’t disappoint with three goals and an assist for which he received 34 points. He is tied with Torres for the most points by a midfielder.

Perhaps the most surprising inclusion in the team of the season, Romero has been a real gem in UCL Fantasy this year. He finished the group stages as the top-scoring player in fantasy with 50 points despite playing just five games. Romero is a real champion when it comes to ball recoveries and got 22 points just for the bonus. This makes Romero the player with the highest floor in the game and he even became a captaincy option towards the end with his potential to keep a clean sheet along with his ability to generate bonus points.

The RB Leipzig left wing-back was at his goal-scoring best in the Champions League, netting three times and assisting another three goals, making him the second-highest scoring player in fantasy after Romero despite keeping just one clean sheet. Talk about a defender that loves to score.

Sanusi might not have the same goal-scoring threat as the guy above but was helped by an easy group in the tournament that included Marseille and Olympiacos – the two lowest-scoring teams in the group stages with just two goals each to their name. Hence, Porto finished with the highest number of clean sheets (5) along with Manchester City in the same group and Sanusi accumulated 46 points.

Another defender from the Porto team that conceded in just one game, Mbemba is the cheapest player to feature in the TOTS at €4.8M and finished just below teammate Sanusi with 38 points due to zero goal involvements and lower ball recoveries.

Hummels got 37 points to his name mostly on the back of ball recoveries for which he finished second to Romero but even then, it is a sizeable difference between Romero’s 72 recoveries and Hummels’s 54 with both playing the same number of games.

Mendy was immediately deputized as the man between the sticks for Chelsea after signing from Stade Rennais to solve their goalkeeping issues and he has impressed in his debut UCL season, keeping a clean sheet in four out of five games and conceding just once – a penalty Vs Rennes. He is the highest-scoring keeper in the game so far with 29 points and slightly edges out Porto’s Agustín Marchesín by a point.

Team of the season after the group stages