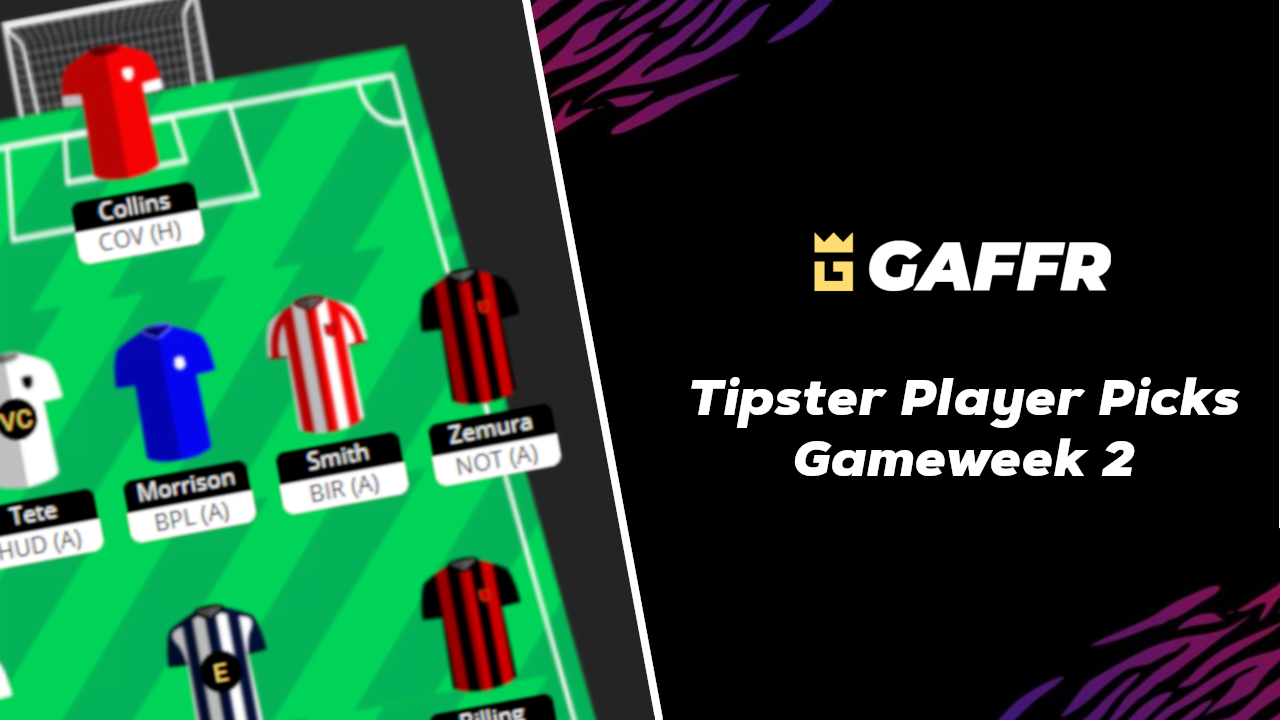 With the GW2 of the Championship season swiftly approaching I want to share my thoughts on the best team of players to select for this gameweek in GAFFR. I should make a disclaimer here stating that I am in no way suggesting you should go to ridiculous lengths to get these players in your team and that we are looking at this with only gameweek 2 in mind.

In goal, I have opted to go with Bradley Collins of Barnsley. Barnsley have a favourable fixture at home to Coventry, a team who recorded just the joint 5th lowest xG of any Championship team in gameweek 1. Barnsley themselves didn’t look amazing defensively against Cardiff in their Championship opener, however, at home and with an easier fixture I’m backing them to get a clean sheet here.

At this point, Simon Moore is by far the best £4.0M keeper in my opinion. A nailed starter for a side who picked up clean sheets here and there last season is too good to pass up on.

The first of two Fulham defenders in this team, Antonee Robinson has long been an exciting prospect and I can see him getting his first returns of the season here. Fulham faces a Huddersfield side who many have predicted to struggle this season and I can’t help but agree. A lacklustre draw against a Derby side in disarray will have don’t little to help the momentum of this Huddersfield side. I think Fulham will learn from their own mistakes in their first game and will truly put Huddersfield to the sword, potentially leading to an assist for Robinson.

The second Fulham defender in this team is obviously Kenny Tete. Tete was really advanced in Fulham’s first fixture of the Championship season, playing much higher up the field than Robinson. As mentioned in the section on Robinson, I can see this being a very rewarding afternoon for Fulham. I think it’s easy to argue that Tete is a better pick than Robinson due to his more attacking role, especially with him costing £0.5M less.

While unfit for GW1, Sean Morrison is almost guaranteed to start in Cardiff’s trip to Blackpool. Morrison made his return in the Carabao Cup in midweek and looked poor, however after getting 90 minutes in the bank I feel like Morrison will be raring to go this weekend. Cardiff conceded just the 3rd lowest xG in the division against an ever-dangerous Barnsley side so should be favourites to shut out Blackpool in this one. Morrison also always carries the threat of a goal from set pieces.

I have to admit, before the Championship’s opening fixture, the name Jordan Zemura was one that I had never heard but after watching him against West Brom I can safely say I’ve heard of him now. Zemura was unspectacular in that game but I suspect this was due to West Brom wing-back Darnell Furlong constantly forcing him back. In a game where he may have more freedom against a pretty uncreative Nottingham Forest side, Zemura is a pretty safe pick.

Coming off of an impressive GW1, Tommy Smith will be looking to continue his good start to this campaign, the Stoke right-back notched 2 assists vs Reading which was fully deserved when you see he made five key passes and three successful crosses, a good creative performance for someone listed as a defender. Stoke face a Birmingham side who pulled off an upset victory last time out, however, I can’t see them pulling off a similar result here. This solid Stoke side will likely be too much and you can bet Tommy Smith will be in on the action if that reigns true.

The 3rd and, of course, final Fulham player in this team, I feel it would be hard to look past Harry Wilson after his solid performance in GW1. Fulham’s new man will have now had longer to work with the team and will likely be looking to add to his goal tally this week against a previously mentioned uninspiring Huddersfield outfit. Wilson is obviously a proven Championship asset and should really be a mainstay in most GAFFR teams this season.

One of West Brom’s goal scorers last Friday against Bournemouth, Callum Robinson is listed as a midfielder on GAFFR despite the fact that he seemingly played in a forward role on the opening weekend. West Brom are at home this weekend which should give at least a slight advantage. They face a Luton team coming off a resounding 3-0 victory, however, that was against a very poor Peterborough team. I feel like West Brom should be favoured in this one and when they score this season it seems Robinson will be involved a lot.

Phillip Billing began the season very well against West Brom, scoring in a close-fought encounter but it isn’t just his goalscoring exploits that have him in this team, in Bournemouth’s first Carabao Cup game of the season Billing completed five key passes, showing he does also have a creative side to him.

Sander Berge should not be playing Championship football. Simple as that. He is a player far above this level. Though Sheffield United couldn’t muster up a result against Birmingham, it was evident that Berge was a class above. Sander played a creative role, getting forward often and trying to be the one to start attacks in a surprisingly Conservative “Blades” side. In my opinion, Berge will definitely get a few goal contributions this campaign and is really nicely priced at £5.5M.

Marlon Pack started his season with not just a goal but an all-round solid performance at home to Barnsley. Pack is very cheap at £4.6M and will look to expand on his first start. He is however a potential rotation risk.

Last season Bristol City conceded the most xG in the league (incl. relegated teams) but were handed a fortunate break this season when they got to face newly-promoted Blackpool on the opening weekend. ‘Boro aren’t exactly high scorers themselves, but I feel like Ikpeazu fits their system to a tee and could get involved amongst the goals in this one.

As you can probably tell, I’m pretty high on Bournemouth this week, and Anthony is no exception. Bournemouth fans were crying out for him to start the season’s opener and he did, turning in a solid performance. Anthony seems to be more of a provider than goalscorer from the wing which means it would be nicer if he was listed as a MID but I can still make do with him being listed as a forward. I expect Bournemouth’s attack to become one fo the best in the league with Anthony a cheap gem.

Had it not been for the emergence of Jaidon Anthony in GW1 I would’ve definitely had Dykes starting this team. Dykes’ QPR face newly-promoted Hull who while winning 4-1 in their season opener, didn’t look untouchable and could definitely be less of a threat against better opposition.

GAFFR Team of the Week for GW2 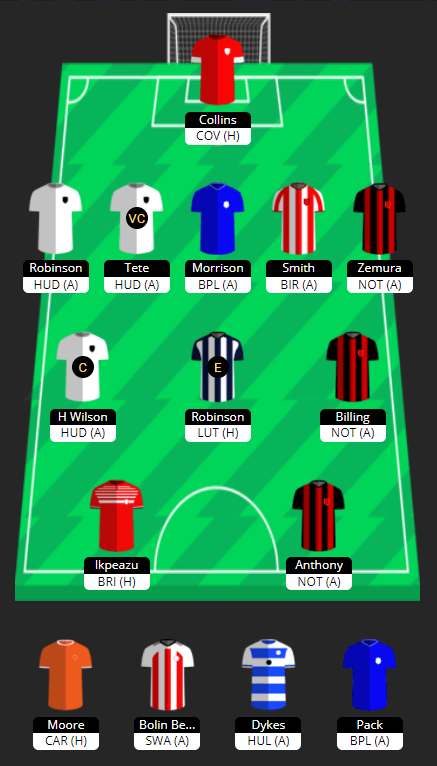