GAFFR Fantasy Championship Guide: How to Play, Rules and Tips to Get You Started 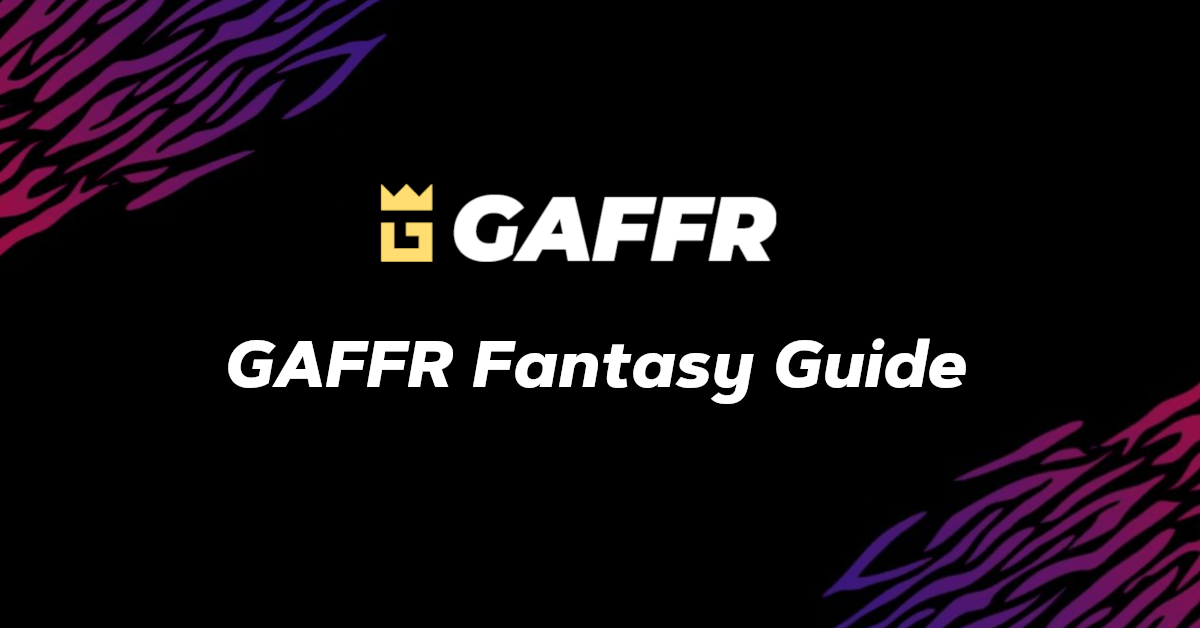 GAFFR.io – the EFL Championship Fantasy Manager Game that revolves around the second division of English football is back for season two and we have created a guide that includes how to play the game, rules and tips to get you started.

In GAFFR, you will have a squad of 15 players in your team with one free transfer each week to replace any player in your squad with a player who plays in the same position within the budget constraints.

Breakdown of your 15 man squad:

You will have a bank balance of 100 million to spend on your virtual squad and the maximum number of players you can select from each team has been set to three.

For each gameweek, you must have one starting keeper and 10 outfield players. You can choose any formation, as long as you’ve picked one goalkeeper, at least three defenders, at least two midfielders and at least one forward in your starting XI. Formations can also be changed midweek as you make substitutions. The valid formations in the game are:

Price changes depend on a player’s performance, so it directly affects whether his price will rise or fall. The price changes will take place on the day after the final match of the gameweek. For example, if the last match of a gameweek is on a Saturday, the changes will occur on Tuesday morning around 3 AM (presumably GMT).

Fantasy managers will have unlimited transfers until the first matchday begins on Saturday, 7th August 2021 and after this, you can make one free transfer each week. If a player you transfer in costs less than the player you transferred out, the balance amount will be credited to your bank.

Transfers will be carry forwarded to the next week as long as you don’t use all the available transfers in the gameweek but you can never have more than two free transfers a week which is the limit unless you are playing a boost.

There is no limit on the number of transfers you can make each matchday but every additional transfer beyond the free transfers available will incur a hit of -4 points from your score in the next gameweek.

Gaffr.io is the only Fantasy Manager game that lets you have three captains instead of the usual one or two. You have an emergency captain along with your main captain and the vice-captain.

Your captain will double his points if he plays during the matchday.

A vice-captain’s points are multiplied by 1.5x each week and it is rounded if the result is not a whole number. For example, A vice-captain who scores 5 would finish on 7 after the multiplier has been added.

Substitutions in GAFFR work similarly to FPL. You can set the order of the bench and if a player does not play a single minute in your starting XI, you will get the player off the bench according to the priority you have set from left to right or a player in a similar position and maintains a valid formation.

For example, if you’re playing a 4-5-1 formation and your forward does not play, he can only be replaced by another forward on the bench according to the order of the bench to maintain a valid formation. Whereas if your formation is the same and a midfielder does not play, you will get a defender or a forward off the bench and the formation will change to a 5-4-1 or 4-4-2.

Tip: It is best to have starting players on your bench instead of scrubs that barely see any minutes so that you can have 11 players for a matchday in case there are any postponements, injuries or other issues. It will also help you capitalize on double gameweeks with additional players who might start multiple games.

Gaffr Fantasy has multiple boosts or chips that are unique and give you various opportunities throughout the season to get an edge over your opponent or to close the gap between your mini-league rivals. There is a pool of six boosts in total and you can choose any three that suits you best at any time but you can only play one boost per round.

The tournament is divided into three phases and you will have three boosts per phase (nine in total) that will refresh every 15 gameweeks to play across the season.

Not every pool will have the same boosts so you cannot play the multi captain and overhaul boosts more than twice in a season.

You can make unlimited transfers to your squad within the limitations of your budget similar to a wildcard. The changes made to your squad are permanent and your team will not revert back to your pre-overhaul squad the next gameweek.

The points scored by the players on your bench including the goalkeeper will be counted to your total for the gameweek just like a bench boost.

As the name suggests, this chip is meant for defenders and the points for all the defenders in your XI will be doubled. The only catch is that you won’t have any captains if you activate this boost so use it wisely.

The points for all your midfielders will be multiplied by 1.5x and rounded. No captain multiplier will be applied for any player or position similar to the “Park the Bus” boost.

Your captain, vice-captain and emergency captain’s points will be doubled.

The highest-scoring players in your starting XI will be selected as the optimal captains (captain, vice-captain and emergency captain according to the points scored) and their points will be multiplied accordingly. Only players in the starting XI are included.

Every goal scored by a player in your starting XI adds another five points to your total score for the week. This includes penalties and goals scored by substitutes that come off the bench when a player does not play in your eleven. Captain multipliers do not apply to the five-point bonus.

Instead of a 1.5x multiplier of the “Midfield Generals” boost, this boost adds a 2x multiplier to all the midfielders in your XI. No captain multipliers are applied for any player or position.

This boost is especially for keepers and activating it will count the scores of both of your keepers to the total in addition to some bonus:

You will have captains if you use this boost but captain multipliers do not apply to the bonus scores.

Tip: This chip might not seem like much at first glance but if played right it can be highly rewarding and it best to use it when both of your keepers are facing tough opposition and are expected to save lots of shots.

The points of players in your starting XI who are playing away for the matchday are doubled. No captain multipliers apply to any players.

The game has a performance-based scoring system that rewards bonus points to players for their production on the pitch rather than just awarding points based on goals/assist/clean sheets and penalty saves. The players will score points according to the following table:

The penalty takers for each club have been sorted according to the first, second and third choice from left to right.

Register now and create your own EFL Championship team on gaffr.io.