FPL Tips: The Best Time to Activate the Wildcard Chip 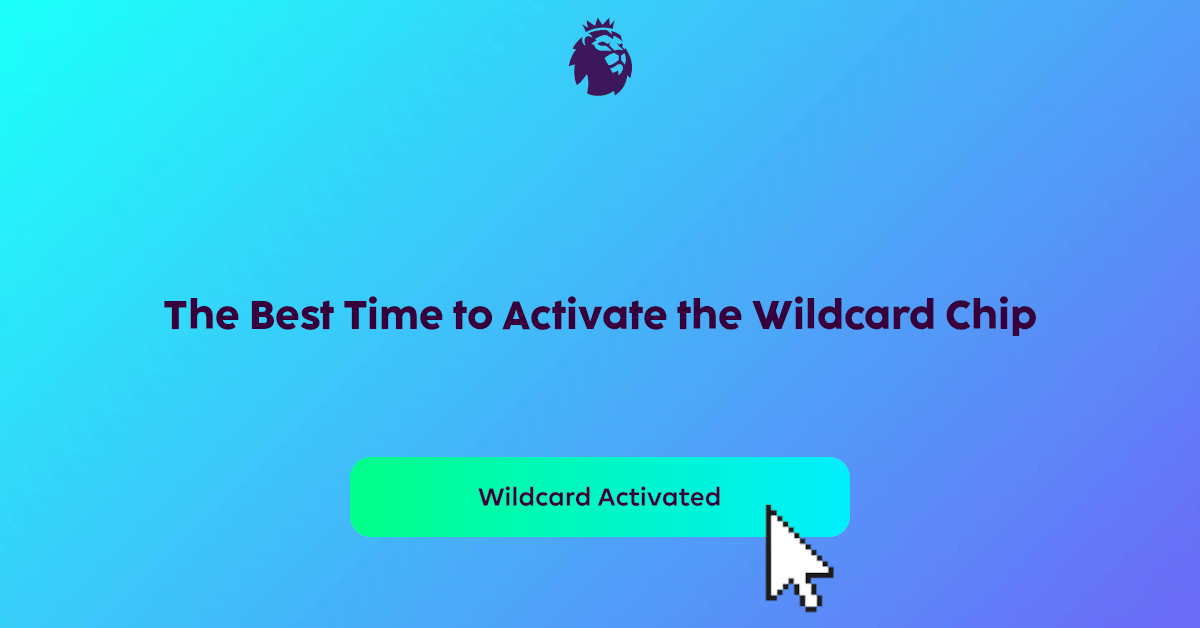 The Wildcard chip is the most important powerup in FPL, and if you want to make the most of it, tipster FPLbanovic shares his tips to consider before activating it.

This is a very crucial part of the season, and your team definitely needs your attention. We have a lot of new data and changes, which challenge our pre-season assumptions and require re-assessing for some teams and players. The template team is starting to break, and many managers are trying to figure out what their optimal strategy is as from this moment, your transfer strategy should be dictated by when you will activate your wildcard chip.

In the coming sections, we will try to find the best-suited strategy to adapt and deep dive into some of the most vital points to consider to have a rough idea of what to do. Generally speaking, we all have an extra wildcard which will be automatically activated after GW16, so you should not delay your wildcard for too much to maximize its returns and to be able to utilize it for the maximum number of gameweeks.

Most managers are currently split between using their wildcards on gameweek 7, 8 or 9. This is not a right or wrong decision and whether you will be activating your chip or not totally depends on your own team situation. Let’s discuss the most important factors that triggered this situation.

The top six all clash with each other, which makes things tricky from an FPL perspective.

🔹️ Manchester City will face Spurs, United, Liverpool and Arsenal in four of the next six fixtures and will play every midweek until GW16.

🔹️ Liverpool have a tough run of fixtures going ahead. They face Chelsea, Arsenal and City in three of the next four games. Also, the Reds play every midweek from now till GW16.

🔹️ Arsenal is going through a tough run, too, where they face City, Liverpool and Spurs from GW9 to GW12.

The first six gameweeks refuted many assumptions and narratives that were made at the start of the season, requiring a change in strategy, planning and team structures.

Big at the Back Is Not Paying Off

Moreover, Klopp utilizing the five subs rule to rotate his wingbacks more often and Perisic’s constant rotation fears, in addition to the fact that both Liverpool and Chelsea defences look very vulnerable and shaky, doesn’t justify their premium prices, leading to the same outcome; Big at the back didn’t pay off, especially with the emerging of great value-picks from Arsenal, United, Brighton and Newcastle defences that all comes in the £4.5M price range.

Most of the (£8M) category midfielders were great picks at the start of the season. Diaz, Saka, Kulusevski, Maddison, Mount, Foden, Bowen and Mahrez were all tipped to have a good start, but they were all quickly ruled out as good options. Only Diaz, Foden and Kulusevski are somewhat justified given their (£8M) price tag. However, as mentioned before, they all have significant fixtures swing and are all subjected to rotation as the UEFA champions league starts.

There will be more rotation for key players among players from the top six after GW6 due to the start of the Champions League and Europa league. Newcastle, Brentford, Aston Villa, Fulham, Leicester and Nottingham have some excellent fixtures and should be less rotated and more nailed for the upcoming gameweeks.

The first six gameweeks revealed many great picks that are essential to own. These underlying stats show how significant their influence and threat are, and they also come as great-value picks (under £7M). Many of those great picks are attackers, which led most of us to conclude that having a third attacker is the right strategy to adapt.

Players to Target on Wildcard

Here is a list of the most essential targets from GW7:

With six goals in the same number of matches, the opponent doesn’t really matter for this Serbian. His 20 shots, eight big chance created, and 2.68 non-penalty xG is hard to ignore.

The expectations are high for this young new signing. He started his premier league career with a goal against Liverpool at Anfield, and his 0.83 xGi/per 90 combined with the absence of Wilson and Newcastle’s run of fixtures makes him one of the most promising attackers in FPL.

Toney comes second only after Haaland among forwards in FPL for the most points. His underlying stats were always great, but his hattrick against Leeds proved his worth. He has five goals, two assists, and eight big chances created in just six games so far.

His 23 saves, 0.70 xG prevented, three cleansheets and two double-digit hauls show that he is the stand-out keeper to own in FPL at the moment.

Rashford scored twice and picked up an assist as Manchester United beat Arsenal to raise his tally to three goals and two assists in six matches. At £6.5M, his value is too good, given United’s much-improved form and a good run of fixtures.

So, after all, When should you use your wildcard chip in FPL? As mentioned before, people are split between a GW7/GW8/GW9 wildcard. It depends on your team’s situation, but we will try to analyze the pros and cons of each decision.

Pros:
▪️ Jump in before the price rises and gain significant value for your team.

▪️ Other than Halaand, you should try to avoid Spurs vs City. A GW7 wildcard will enable you to do this.

Cons:
▪️ team is loaded with Brighton players. With the blank in GW8, you will lose some of them before BOU (A) on GW7.

▪️ Newcastle face WHU (A). A tough fixture that may restrict you from having three Newcastle assets.

Pros:
▪️ Having three Newcastle assets after avoiding WHU (A).

▪️ Have your Brighton assets for BOU (A) as their game in GW8 has been cancelled.

Cons:
▪️ Since Arsenal fixtures from GW9 are very hard, you should consider selling them in the wildcard, therefore, losing them vs Brentford.

▪️ Keep your Arsenal assets For Everton and Brentford.

Cons:
▪️Though we don’t recommend prioritizing your transfers on price changes, waiting for two gameweeks would probably let you get your targeted players at a higher value than you get them now.

▪️ Another strategy you can use is to sell the top six Premiums assets with free transfers and wildcard them back on GW 12/13.
By this point, your team may be loaded up with assets from weaker teams such as Leicester, Newcastle, West Ham, Fulham and Villa.