FPL Tips: Players and Teams to Target For Gameweek 4-8 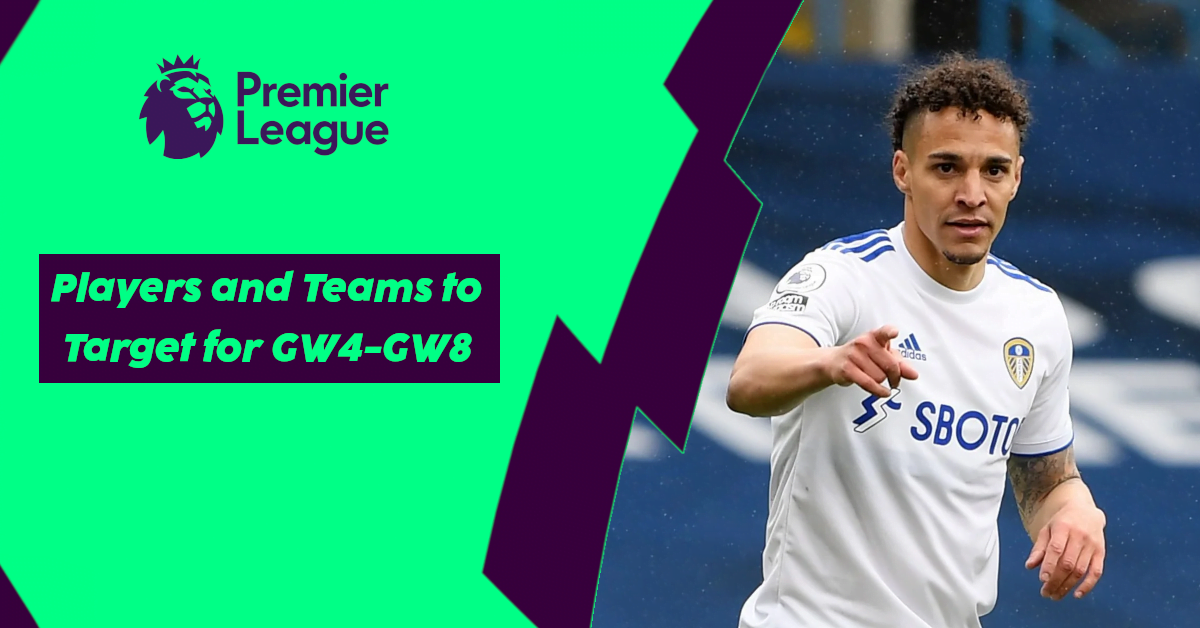 With the first three gameweeks of the Premier League season now over, tipster FPLbanovic is thinking long term, sharing the best players and teams to target in FPL for GW4-GW8.

Three gameweeks are not enough to have a firm, full opinion on teams, but we have more data to try to figure out which are the best teams, fixtures and assets to target in the next four gameweeks of FPL until the international break which is the perfect time to wildcard. Even if you plan on using your wildcard you can use this as a guide on who to buy. Here is a list of budget-friendly players (Below £8M) that have a high projection of expected points from GW4 to GW8.

Players will be classified into three categories:

Arsenal are currently in 1st position in Premier League, with nine points from three matches played. They have a 100% win record and have scored nine goals and conceded two goals while keeping two cleensheets. The Gunners are also the most in-form team. Their Expected Goals for (xGF) is 2.11 and Expected goals conceded (xGC) is 0.73.

FUL (H), AVL (H), MUN (A), and EVE (H) are all coming up next. A relatively easy run of fixtures which put Arsenal at the top of the list. Three of their next four games are at home and against defences that have only one cleansheet in their last eight games so you should fulfil the quota of three assets from them.

Gabriel Jesus (£8.1M) is selected by (81%) of players which is sufficient to put him in the must-have category. Jesus has played in all three matches so far and has scored two goals (2.05 xG) to go along with three assists (0.76 xA). He also has seven shots in total (three on target).

William Saliba (£4.6M) – TSB (9.0%). He has played three matches and has one shot on target—a goal in the last game against Bournemouth (0.11 xG). Saliba also kept a cleansheet in that game and has a 100% tackle success ratio.

Gabriel Magalhães (£5.0M) – TSB (8.0%). He has played three matches so far with a total of two shots for 0.22 xG). Plus, he has kept two cleansheets in addition to five successful tackles with a 71% success ratio.

Brentford are currently in 8th position in the league. They have won one match, drawn one, and lost one while scoring eight goals and conceding five goals in the process. Their (xGF) is 1.46 and (xGC) is 1.71. Brentford face EVE (H), CRY (A), LEE (H), and SOU (A) in the coming weeks; teams that have conceded in all games for a grand total of zero clean sheets in their 12 games played.

Brighton and Hove Albion are currently in 5th position in the league, with seven points from three matches played. They have won two matches, drawn one, and are yet to lose a game. They have scored four goals and conceded just once with an (xGF) of 1.85 and (xGC) of 1.08.

LEE (H), FUL (A), LEI (H), and BOU (A) are the next four fixtures for them. Teams that have conceded many goals and Brighton are expected to score in each of these games. Also, no team has conceded fewer big chances than Brighton and they have produced two cleansheets out of their three matches which makes them a team to target in FPL, especially when it comes to picking defenders.

Pascal Groß (£5.7M) – TSB (8.8%). The top scorer for Brighton and Hove Albion has played all games for the Seagulls with two goals and an assist to his name. He has accumulated (1.59 xG) and (0.89 xA) and has two shots on target from a total of three shots. His performance and ownership make a must-have on a budget and also worth a shout as a differential pick thanks to his low ownership.

Robert Sanchez (£4.5M) – TSB (13%). At £4.5M, Sanchez offers great value. He has kept two cleansheets so far in addition to nine saves and has only conceded once in three games which was because of an own goal.

Leeds United are currently in 3rd position in the Premier League, with seven points from three matches played. They have won two matches, drawn one, and are unbeaten. They have scored seven goals and conceded three. Their (xG) is 1.72 and (xGC) is 1.11.

They showed great form and resilience in the first three games and their attack was very aggressive and dangerous against Chelsea. Their upcoming fixtures are BHA (A), EVE (H), BRE (H), and NFO (A), a great run of fixtures that their rejuvenated attack will most likely take advantage of.

Rodrigo (£6.3M) – TSB (21.6%). Leeds’ star player has played every match so far and has scored four goals from a total of 10 shots (six on target) and his (xG) of 1.96 and his (xA) is 1.00. He is currently at the top of the Premier League goal-scoring charts ahead of the likes of Mohamed Salah, Erling Haaland and Harry Kane. His form and numbers combined with a favourable set of fixtures put him directly into the must-have category.

Jack Harrison (£6.0M) – TSB (2.7%). Harrison has scored one goal and produced three assists in the first three games. He has two shots on target from the same number of shots and created three big chances. His (xG) is 0.59 and (xA) is 1.32 per match. Harrison is one of the few players who have returned in all of the matches so far and at 2.7% ownership, he can be a massive differential in FPL.