FPL Gameweek 4 Tips: To Wildcard or Not?

While most FPL managers will be wildcarding on GW8, there are some that might use the chip early in GW4 after a disappointing start to the season. Tipster Luthfi Aditia shares a few things that you must keep in mind before using wildcarding in his first article for the website.

Many of you may be frustrated with your squad output for the first three gameweeks. Some of you will be tempted to activate the Wildcard chip going into gameweek 4. But hold that thought, as I’m going to show you some aspects to consider if you want to activate your Wildcard chip.

Just for the record, this season, FPL has provided three wildcards in total for managers.

1. Schedule From GW4 Until the International Break

Note that the domestic cups have already started and also the European schedule is about to start (some of the qualifying matches have started even before), so your wildcard squad must depend on the fixtures midweek fixtures too not just domestically.

Here I show you the schedule for GW4 onwards till the first International Break (24th Sept 2022):

With that being said, one match every 3 days is something that should worry every manager to keep their players from injury risk. So, rotation must be applied to that period of time. Here are the teams that are competing in Europe this season:

Quoting Pep after the GW3 match he said, “I’ll tell you now that when we have games every three days, Erling is not going to play (every game). Julian is going to play.”

That’s the example of a manager who is terrified of the schedule in that period of time. Prepare for some heavy rotation for each team that will be playing every three days. 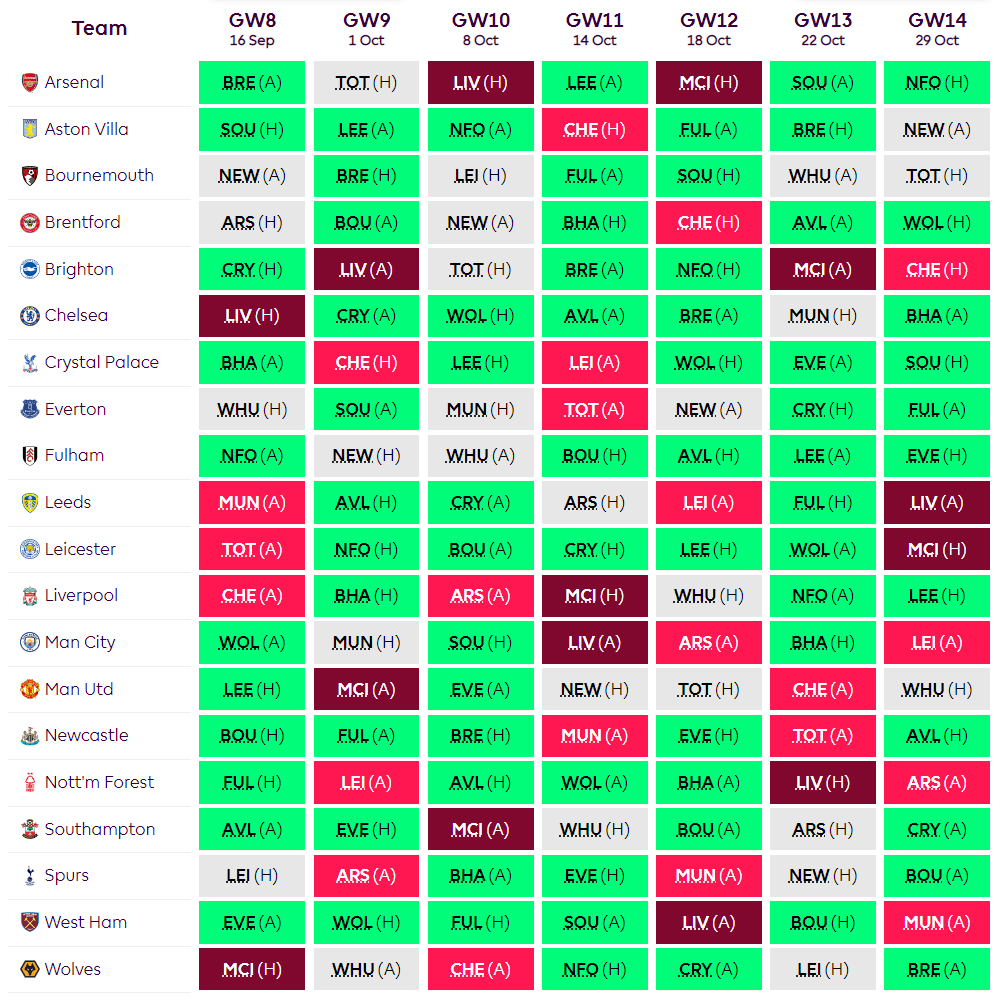 If you see the FDR table, there are fixture swings from GW8 onwards. That’s exactly before the International break to GW9. Teams like ARS will face three big six teams (TOT, MCI, LIV) from GW9 to GW12. Another example is Fulham, they won’t be facing any big six teams from GW8 onwards until GW14. So, your team might be upside down if you are chasing to activate the wildcard early in this period of time.

Last but not least, the transfer window is still open until the 1st of September. That’s a two gameweek period and new faces will come while some old faces will go. You don’t want to be stuck with players that go out from Premier League and you don’t want to have to take more hits or wait until the World Cup period for unlimited transfers, right?

I hope that’s gonna give you some insight on whether to activate the wildcard chip or not. After all, the decision is in your hands.