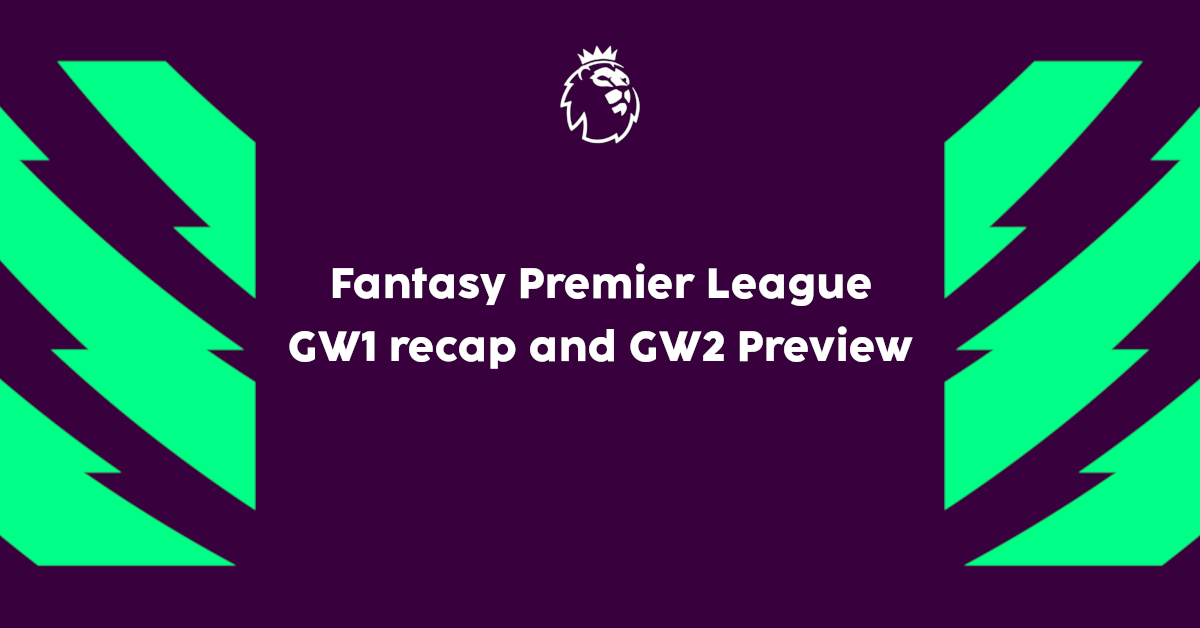 It was a wild start to the Fantasy Premier League season! With Bruno Fernandes and Mohamed Salah as the highest scorers and two of the three most picked footballers, the average score was 69 points, which was pretty good for everyone. Let’s take a look at the most important stats from the first gameweek.

Team of the Week for Gameweek 1 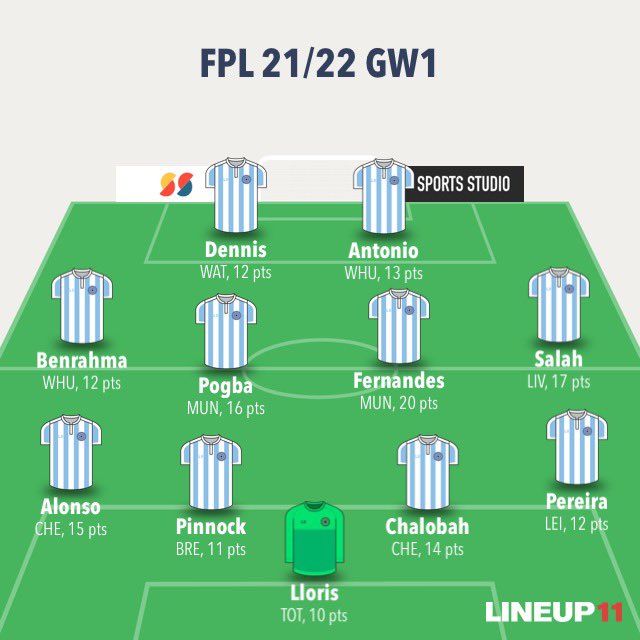 – Paul Pogba is the most transferred in player this week: more than 500,000 managers decided to give a chance to the French midfielder after his 4 assists against Leeds. I am afraid he won’t be able to keep those numbers; because Jadon Sancho, Anthony Martial and Edinson Cavani are back on full training, United’s number 6 might have to go back to being a box to box rather than a winger.

– On the contrary, Harry Kane is the most transferred out player this week; the uncertainty on the future of Spurs’ captain has made more than 350,000 managers sell him for more attractive forwards at the moment. The English man might not feature again this weekend due to a lack of training.

After a solid start at Carrow Road, Liverpool has its first home match against an always difficult Burnley team.

Differential pick: Mané (LIV, £12M): only 3.8% of the players own him; Liverpool’s number 10 has a decent record against the Clarets (4 goals in 9 games) and had a slow start of the season, but it is a nice option in case you don’t want to join the Salah’s train of madness.

Burnley team news: Long and Stephens are out for tomorrow.

The Villains had a surprise defeat at Vicarage Road and will try to gain some confidence when they host Newcastle United.

Differential pick: Bailey (AVL, £6.5M): only 2.7% of the players own him; Leverkusen’s former star came off the bench against Watford and gave an assist on his first minutes. A home game against one of the most vulnerable teams seems like a good way to win a place in the starting lineup.

Aston Villa team news: Traoré and Watkins won’t feature tomorrow: same as Trezeguet, who will be out for a little longer.

Newcastle team news: Keepers Dubravka and Darlow are still out, which means Woodman will play his second game in the Premier League. Shelvey picked a knock and won’t play as well.

Former Arsenal captain Patrick Vieira will enjoy a home debut at Selhurst Park against recently promoted Brentford who will try to get their first-ever Premier League away win.

Differential pick: Mbeumo (BRE, £5.5M): only 1.3% of the players own him; in the Championship we saw him more as an exciting right-winger. On the Bees debut, he partnered with Ivan Toney in attack and was a huge threat for the Gunners, hitting the post once. He can provide many attacking returns in Fantasy Premier League.

Crystal Palace team news: Gallagher joins the team, with Milivojevic, Eze and Olise still out of the squad.

After conceding 5 goals in Old Trafford, Leeds United have a very good chance of getting back in winning ways when they host the Toffees.

Differential pick: Harrison (LEE, £6M): only 4.2% of the players own him. Most of the eyes are on Raphinha, but the former Manchester City player has a good record in England’s top tier division (last season, he had more than 15 attacking returns).

Everton team news: still many absences in the Toffees (Rodriguez and Sigurdsson among the most important); Moise Kean will join the squad.

Current league champions have a huge chance to throw away all the criticism received from their first game when they host the newly-promoted Norwich side.

Differential pick: Sterling (MCI, £11M): only 2.9% of the players own him. After a difficult season in his club, the English winger enjoyed a wonderful Euro tournament for his country and will try to punish the Canaries at home.

Manchester City team news: Gündogan will most likely feature, De Bruyne has a slight chance and Foden is out.

Norwich team news: Zimmermann is out, same as Placheta, who returned a positive COVID-19 test.

Both Seagulls and Hornets enjoyed important victories in their league debut and will try to maintain a perfect record when they face each other in the south of England.

Differential pick: Sarr (WAT, £6M): only 5.5% of the players own him. The Senegalese star already knows what it feels to play in the Premier League (more than 10 attacking returns in 2019/20) and already punished the Villains last week.

Brighton team news: Lamptey, Burn, Welbeck and Veltman are all out for tomorrow.

Watford team news: King and Femenia will most likely join the squad, Kucka is doubtful and Joao Pedro will miss the game.

The Red Devils will try to keep the leadership in their visit to St. Mary’s stadium on Sunday.

Differential pick: Greenwood (MUN, £7.5M): only 9.5% of the Fantasy Premier League managers own him. It´s unfair to call him a differential, but he is starting at the moment and is well known for his scoring abilities. For that price, you will not get much better options.

Southampton team news: no injuries, only Smallbone is out and will be for a long time.

Manchester United team news: Lingard, Varane and Cavani will most likely join the squad but will not start the game. Rashford and Telles are still injured.

Portuguese manager Nuno Espirito Santo travels back to his former home, now in charge of the Spurs. The Molineux will host a very passionate game.

Differential pick: Dele (TOT, £6.5M): only 1.5% of the players own him. The English man hasn’t been able to regain his form, but started the first game and didn’t feature in the Spurs’ European qualification match. He has a good chance of doing good against a struggling defence.

A London derby is always attractive for neutral fans. The Gunners had a poor start and will try to display a better image against current champions of Europe.

Differential pick: Werner (CHE, £8.9M): only 3.9% of the players own him. The former Leipzig star hasn’t been enjoying his game in London, but he has a chance to redeem himself against a team that have shown many weaknesses on their opening fixture.

Chelsea team news: Lukaku trained with the team and will be in the team squad, unlike Pulisic who tested positive for COVID-19 and has been ruled out.

The two English clubs who will feature in the Europa League face each other in the King Power Stadium. Many goals to be expected!

Differential pick: Maddison (LEI, £6.9M): only 8.5% of the players own him. He was one of the most transferred out players (more than 200,000 players sold him) and has a very nice chance of punishing those managers against a team that didn’t show those same defensive qualities from last season.

West Ham United team news: only Masuaku is out for this game.

Thank you for reading this article! Don’t forget to follow Fantasy Tipsters on Twitter – @TipstersFantasy – and myself for all the news on FPL, @MisterArturo23.

A lover of football and Fantasy games, Aruto writes about the Premier League, European, South American and Mexican football.