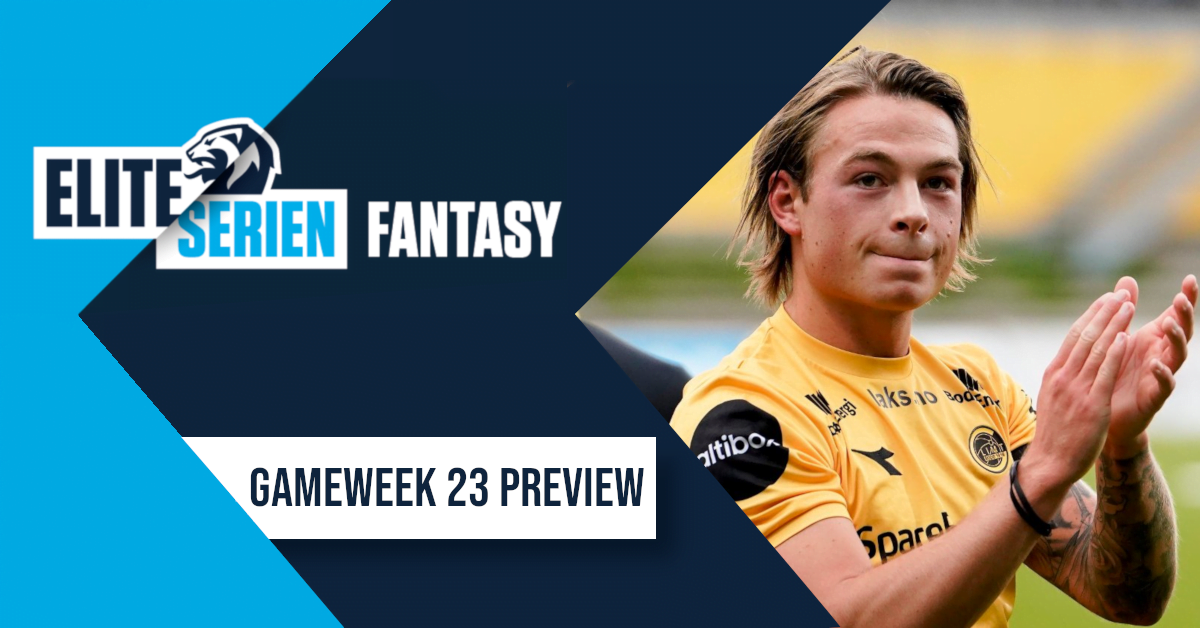 Rosenborg’s Stefano Vecchia has returned in every game since his return from injury in GW15. With a match against Sandefjord, who haven’t kept a clean sheet since early July, he is tipster Jacob Silkstone’s choice for the captain’s armband in gameweek 23 of Eliteserien Fantasy ahead of premium forwards.

Another week, another low overall average in Fantasy Eliteserien. Ohi was the most popular captain choice by an overwhelming margin, and he rewarded the thousands of teams that backed him with the armband by missing an open goal at home to Tromsø. Although Molde scored three times, Ohi wasn’t involved at all as a run of 12 goals in 6 home games came to an abrupt end.

Unexpectedly, Haugesund delivered the performance of the round in a 7-0 rout of Mjøndalen. We backed Niklas Sandberg in our picks last week, but he had to be content with just a solitary assist while team-mate Alioune Ndour scored a hat-trick. Of our other picks, Erik Botheim and Stefano Vecchia both scored; Sheriff Sinyan registered our only clean sheet of the round, while Fredrik Andre Bjørkan chipped in with an assist.

Mjøndalen are dangling precariously through the relegation trapdoor after last week’s 7-0 thrashing at the hands (or feet, technically?) of Haugesund. They’ve blanked in two of their last three away games, while Tromsø kept out Haugesund in their last home game. Jacob Karlstrøm (4.6M) gets the nod as our goalkeeper.

Despite being overshadowed by his central defensive colleague Martin Bjørnbak last time out, Sheriff Sinyan (5.4M) remains a temptingly cost-effective option in one of the league’s best defences. It’s perhaps worth noting that Molde haven’t kept a clean sheet away from home since Gameweek 9, but Stabæk aren’t the most daunting of opponents, and Sinyan does offer a reasonable amount of attacking threat too.

Kristiansund don’t concede many goals at home, shutting out title-chasing Molde and Rosenborg in two of their last three. Snorre Strand Nilsen is the popular pick, but Christoffer Aasbak (5.5M) offers similar underlying numbers for a much kinder price. Opponents Sarpsborg are on a run of seven consecutive away defeats, and any result other than a comfortable Kristiansund win would be something of a shock.

Rosenborg need a run of wins to have any hope of staying in the title race, and they’ll be expecting a relatively straightforward game against Sandefjord this week. Erlend Dahl Reitan (6.0M) carries more attacking threat than any other Rosenborg defender, and the majority of his attacking returns have come at home.

In-form Stefano Vecchia (9.7M) leads our midfield picks. He hasn’t blanked at home since returning from injury back in GW15, and his last four home games have delivered a total of 43 fantasy points. Sandefjord haven’t kept an away clean sheet since the first week of July, and we’re backing Vecchia with our captain’s armband ahead of any of the premium strikers.

We’re putting most of our budget into the front three this gameweek, so Patrick Berg (6.1M) is our chosen route into the Bodø/Glimt midfield. The stand-in club captain set the tone for an epic win over Jose Mourinho’s Roma in midweek with a thumping long-range strike, and he tends to mop up the bonus points whenever he performs well. If you can afford a pricier Glimt midfield option, then we recommend winger Ole Solbakken for 9.8M. Solbakken is showing signs of returning to top form after injury, and his fantasy ownership is still a meagre 3%.

Agon Mucolli (6.2M) has gone under the radar for Kristiansund this season. Despite having returned in all of his last four home games (two goals, four assists, five bonus points), his overall ownership is under 1%. If you’re looking for a differential this week, he might well be the one to go with…

Tromsø prodigy August Mikkelsen (4.9M) celebrates his 21st birthday on the day of their game against Mjøndalen, and what better way to mark the occasion than with a sixth goal of the season? Two of those goals have arrived in the last three matches, indicating a player who’s hitting top form just when relegation-threatened Tromsø need him most.

As mentioned above, our picks are a little top-heavy this week. Ohi Omoijuanfo (12.4M) is the first of our three premium strikers ahead of a meeting with his old club, Stabæk. He remains the most reliable goalscorer in the league, and he’s likely to be the default captain option again for many of the top-ranked teams.

Erik Botheim (10.2M) produced the performance of a lifetime on Thursday evening to inspire Bodø/Glimt to a scarcely believable win over Roma: the first time any Mourinho-managed team has conceded six goals in a game. If he gets the full 90 minutes against Strømsgodset, expect him to be on the scoresheet again.

Viking’s Veton Berisha (10.8M) completes our attack. Lillestrøm are tough opponents, but Berisha hasn’t blanked when starting a home game since GW5 and has five goals in his last five matches. Alongside Ohi, he’s one of the most dependable sources of attacking returns in the league. 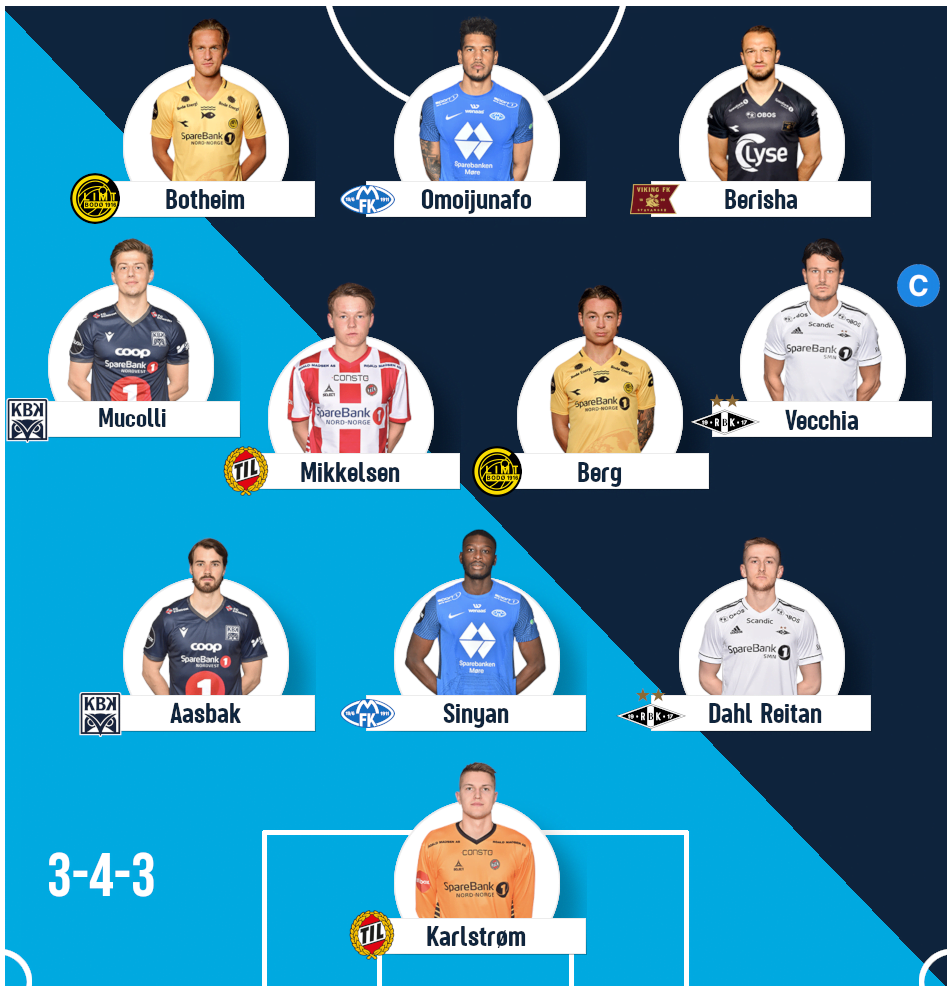