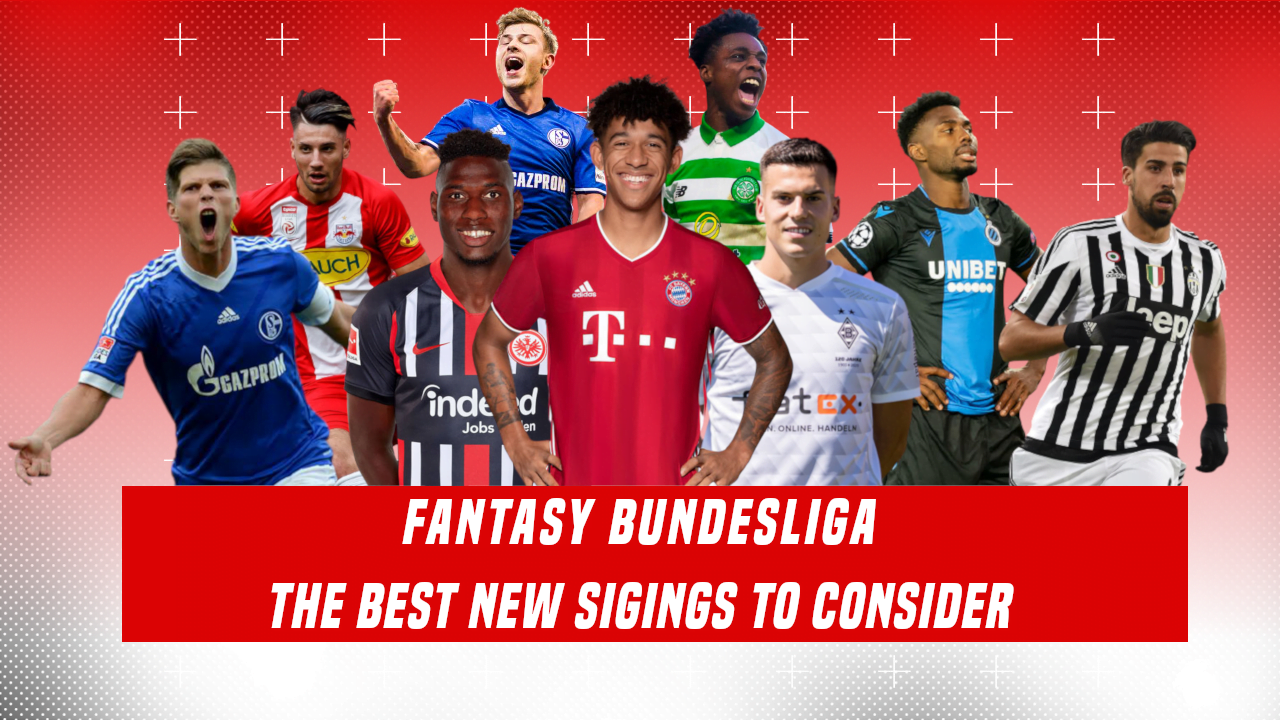 A short but hectic January transfer window has come to an end and there are some exciting new faces for the Fantasy Bundesliga Managers to consider as well as some familiar ones with the newcomers hoping to create some impact for their respective teams while creating value in fantasy as “differentials” – at least until their popularity increases.

The charismatic Hungarian playmaker has the credentials to woo any Bundesliga Fantasy manager to get him into their team. He joins RB Leipzig from sister club RB Salzburg as the “Die Roten Bullen” mount a title challenge to the champions Bayern Munich. As for his potential, the numbers speak for themselves. Szoboszlai is the Austrian Bundesliga MVP and has already scored four goals and assisted eight in 12 games this season and was amongst the list of the top big chance creators in Europe before injury and his subsequent transfer in January. The 20-year-old is undoubtedly one of the most hyped talents to join the league in a while and is sure to add to the dilemma of which Leipzig midfielder is the best with players such as Nkunku, Olmo and Sabitzer already in the mix but stands out with his dead-ball prowess.

It is a homecoming for the Serbian international after his stint at current parent club Real Madrid where he managed to score just twice in 32 appearances. Come four bench appearances on his return for Eintracht Frankfurt and he has already scored three goals. It is a reminder of what he is capable of, having scored 17 goals in the 18/19 season finishing joint third amongst all goal-scorers. Jovic’s addition to the team adds extra firepower to an attack that already consists of players such as André Silva, Filip Kostić, Daichi Kamada, Amin Younes and Aymen Barkok.

There has always been a need of a worthy defender from the current second-best defence in the league – Bayer Leverkusen in fantasy that is consistent with bonus and has a goal threat. Since the game values bonus and goal involvements more than clean sheets. The team was on the lookout for players that could replace Lars Bender who is retiring at the end of the season and they identified Fosu-Mensah from Manchester United and Jeremie Frimpong from Celtic as replacements. Frimpong is fearless while going forward and it is evident with his time with the Scottish Champions Celtic FC so If he becomes a regular at right-back for Leverkusen, then he will definitely be the best option from the team in defence.

If you think of Emmanuel Dennis, you get flashbacks of the time he scored a brace against Real Madrid at the Santiago Bernabéu in a 2-2 draw in October 2019. More famous because it was accompanied by Cristiano Ronaldo’s signature celebration. He was becoming an inseparable member of the team back then but fast forward to today and he has been loaned out to 1. FC Köln after he fell out with the club due to “non-footballing reasons”. Köln were desperately in need for a striker after the injury to Sebastian Andersson and Denis might be the proven striker they needed on a budget to turn their season around. He is sure to have some goals to his name by the end of his loan as the sole fit striker in the team.

Hoffenheim were the last team to keep a clean sheet this season when Schalke beat them 4-0 in an embarrassing loss but kept three clean sheets in a row after that – Their defence only breached by Bayern Munich in the previous matchday. After the injury to Pavel Kadeřábek, the team has tried to replace him with midfielders Rudy and Gaćinović at right wing-back but the need of a specialist RB/RWB was evident. To fix that problem, Hoffenheim signed highly-rated American youngster Chris Richards on loan from Bayern Munich and at just 1M, he could be a cheap entry into a TSG defence that is slowly improving and he virtually costs nothing.

Fantasy Bundesliga veterans will remember Bénes as an enabler that was a consistent source of points from Borussia M’gladbach. He shared set-piece responsibilities but couldn’t become a long term option amongst managers because he was in and out of the starting XI. This could be set to change as he moves to Augsburg on loan and with consistent game time in an advanced position, he could be one to watch in the sub 5M segment as the fixtures ease for the “Die Fuggerstädter“.

Other notable signings in the January transfer window: