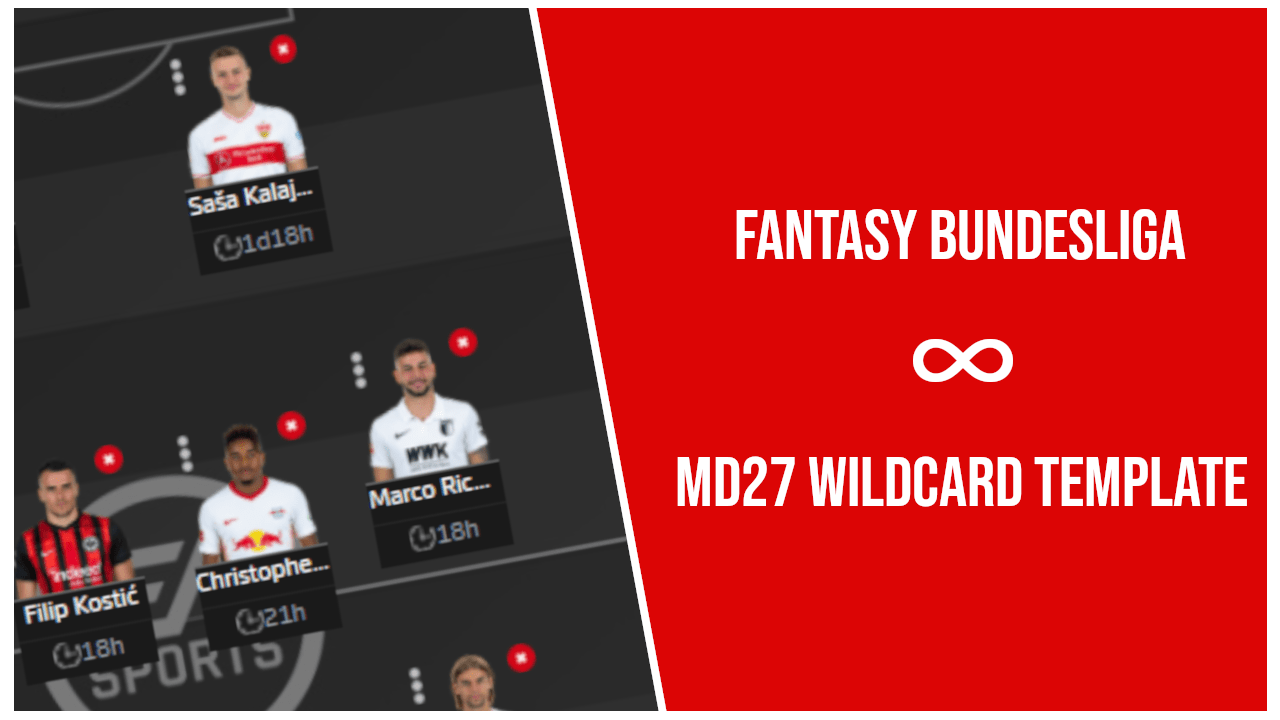 We received our sixth wildcard of the Fantasy Bundesliga season for the International Break but with Robert Lewandowski missing in action, find out how the template team shapes up without him for matchday 27.

If the most prolific striker in the league is ruled out for a month, then the player who is second to him on the goal-scoring charts becomes an easy recommendation. Silva had a couple of quiet weeks but showed us glimpses against Union Berlin on matchday 26 with two goals and assists in a 5-2 rout. With most premium forwards struggling with form or having difficult fixtures, he could be the forward to splurge your excess cash on even though he plays against Dortmund and Wolfsburg in his next two games.

It feels almost criminal to buy one of the cheapest strikers in the game when you could afford the most expensive forwards in the game and still have money left over but Saša has justified his worth with his performances. Only Lewandowski was in better goal-scoring form than him with 12 goals over the last eight matchdays compared to the Austrian target man’s eight goals in the same period. He is giving the premium players a run for their money and you couldn’t ask for a better bargain at 7.3M.

When Nkunku starts, it is hard to keep him out of your fantasy team for too long. He is one of the most consistent players in the league but has received tough competition from teammate Dani Olmo over the last few weeks with both players consistently involved in the attack and notching up double-digit scores on a regular basis.

Kostić is in the form of his life and his recent fantasy scores are a reflection of that. Since matchday 13, he has failed to score above 10 points just twice and has averaged 15 points per game in the same time frame. There is no doubt that Filip Kostić is the most essential player in the game after Robert Lewandowski.

Leverkusen have just suffered back-to-back embarrassing losses against Hertha and Arminia but there is no better game to bounce back than against Schalke. Wirtz himself has struggled with form recently so he isn’t exactly a template player but he will be a popular pick amongst those looking to target a Leverkusen player against the team at the bottom of the table.

Richter has spent most of the season coming off the bench for Augsburg but in his last two starts, he has shown glimpses of being a high floor-high ceiling player with scores of 10 without any involvement in goals and 23 with a goal and an assist against Borussia. Augsburg have some favourable fixtures coming up with Hoffenheim, Schalke and Arminia facing them next and each game is well suited for Richter whose bulk points consists of shots at goal and creating them.

Sosa is still a relative newcomer to the Bundesliga but has already drawn comparisons to legendary players such as David Beckham and Roberto Carlos in his short time playing in the German top-flight. He is another gift from this year’s Stuttgart team which is full of budget busters and leads the league in most goal involvements amongst defenders with eight assists thanks to his pinpoint accuracy from set-pieces and crosses.

If you are worried that Guerreiro won’t start because he is red-flagged then do not fret. He is in full training and his return will be a big boost for Dortmund against Eintracht Frankfurt as he leads the team in key passes per game (2.3) after Jadon Sancho (2.8). Especially with few sub >10M defenders to select from, it is worth shelling out the premium for one of the best defenders in Bundesliga Fantasy.

Since 27th January, only Chelsea have conceded fewer goals (2) in UEFA’s ‘Top 5’ leagues across all competitions compared to Wolfsburg (5). The Wolves have conceded in just two games out of their last 12 in the Bundesliga and Pokal so a defender from the team is a must-have. With Otavio suspended and LaCroix playing CB, Mbabu stands out as the best defensive option from Wolfsburg.

Mainz have made massive improvements in defence against Svensson and among the teams that have conceded the fewest goals since January, the Zerofivers are part of the list with just seven goals conceded. With consecutive games against Arminia, Koln, Hertha and Bremen who are at the bottom for goals scored, there is a strong possibility that Mainz keep a clean sheet in most of the games.

In a game where saves have more value than clean sheets, it only seems right that the keeper with the most saves has the most points. He might be getting a bit pricy now at 6.9M but budget is the last concern of every Fantasy Bundesliga manager right now and Ortega forms a great partnership with Müller who just scored 18 points his last game against Augsburg. 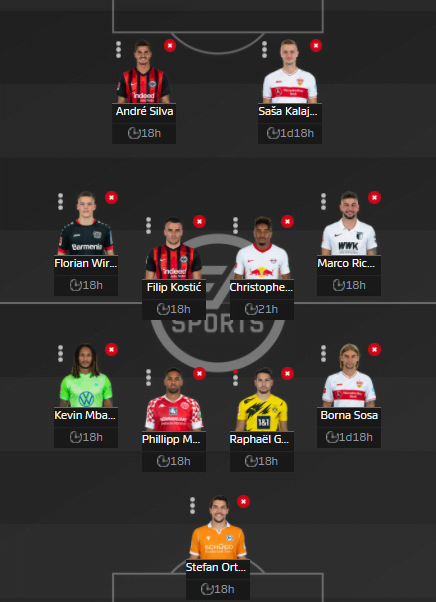 Note: The bench isn’t necessarily a template and you could replace those spots with differentials instead.