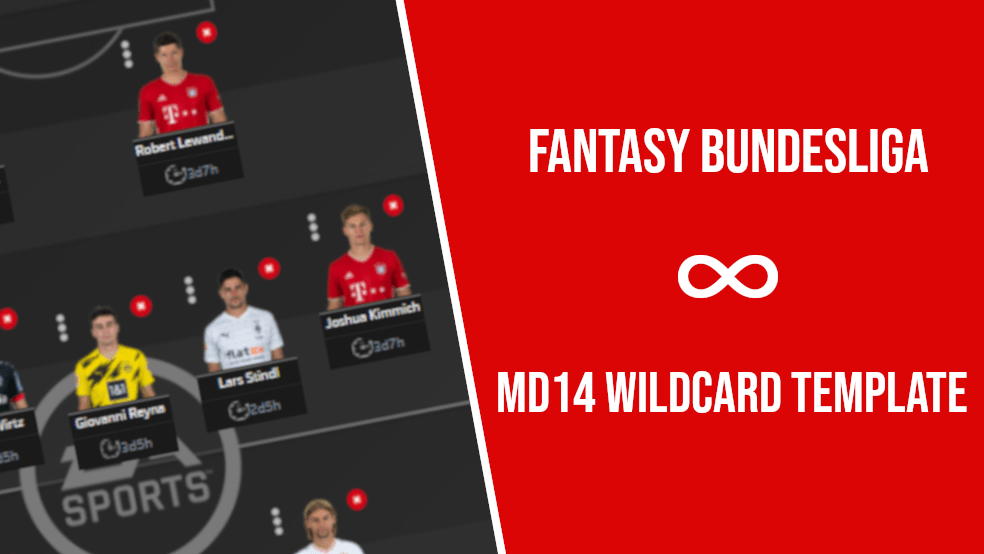 The Fantasy Bundesliga team decided to ‘gift’ us a wildcard for the winter break and as the Bundesliga resumes tomorrow, we look at the must-have or template players that will be common amongst fantasy managers on unlimited transfers in matchday 14.

No surprises for the first template player here. Someone who is averaging a goal every 59 minutes shouldn’t even cross your mind as someone to ignore especially in a run where he plays defensively vulnerable teams like Schalke, Mainz, Hertha, Arminia, Freiburg and Augsburg within the next eight matchdays.

Lewandowski’s biggest rival for the “kicker Torjägerkanone”, Haaland was almost on equal footing with him in terms of goal-scoring before an injury setback kept him out for a few matchdays. His absence has had a massive effect on Borussia Dortmund – In their last four Bundesliga games, Dortmund won only one game against Werder Bremen, drew against Frankfurt and lost against Stuttgart and Union while scoring an average of 1.25 goals per game compared to 2.4 goals per game with him. So one can expect him to improve the team and players around him massively which is something to be optimistic about as they play Wolfsburg and Leipzig next.

Grifo might not have the easiest games coming up with Hoffenheim (A), Koln (H) and Bayern Munich (A) but If you want a premium midfielder then Grifo has been firing on all cylinders and was one of the most in-form players in the Bundesliga before the break averaging an unreal 14.2 points over his last five games.

The second premium midfielder on this list, Kimmich might be a deep-lying midfielder but his numbers prove that he is highly involved in the attack and is also a reliable asset in Fantasy Bundesliga. The position change from defender to midfielder seems to have minimal effect on him as he has returned with double-digit points in each of the four Bundesliga games he has started this season. If you want a Bayern midfielder against Mainz then Kimmich is the only one worth considering even if he comes with a hefty price tag.

Even though Stindl will be a template player because of his popularity amongst fantasy managers due to his recent performances, it is mostly a one-off as he plays against Arminia and then Bayern Munich at home next. Unless you think he is a ‘set and forget’ player and is worth keeping for the long term even when if he got tougher games.

A budget-buster from high-flying Bayer Leverkusen, he has been a must-have asset from the 2nd ranked team in the league. The 17-year-old has displayed calm and composure that compares to some of the most experienced players in the league and he will just keep getting better with age.

With teammate Jadon Sancho struggling to regain some of yesteryear’s form, Reyna has taken on some of the responsibilities on his shoulders and the 18-year-old American has flourished with three goals and four assists to his name in 13 games. Making him an essential pick if you want Dortmund cover.

The Leipzig wing-back has established himself as essential/template after finishing as the second-highest scorer in Bundesliga Fantasy till the winter break. He is currently Leipzig’s top goal-scorer in the league with four goals and two assists and also makes an occasional OOP appearance as a winger. Angeliño is the most fixture proof defender there is.

An important piece in Borussia Dortmund’s defense as well as offense, Guerreiro has been a bright spot in what has been an out of form Dortmund defense with his two goals and five assists.

Sosa has the highest ceiling for defenders on a budget and is a cheap entry into an attacking Stuttgart side. He is also on set-pieces and is one for the long term competing with Maxence Lacroix for a spot in the template team. It depends on whether you think Wolfsburg will do better defensively or will Sosa make up for it with his attacking bonus points.

New Schalke head coach Christian Gross hasn’t clarified on who will be the #1 between the sticks but based on recent performances, we can assume it is Rønnow. The Danish keeper has the best average amongst all starting keepers with seven points per game and is good enough that you could choose to forego your second keeper if it seems right to you. 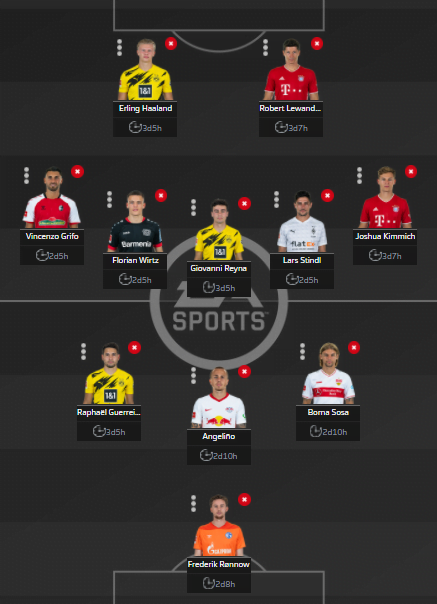