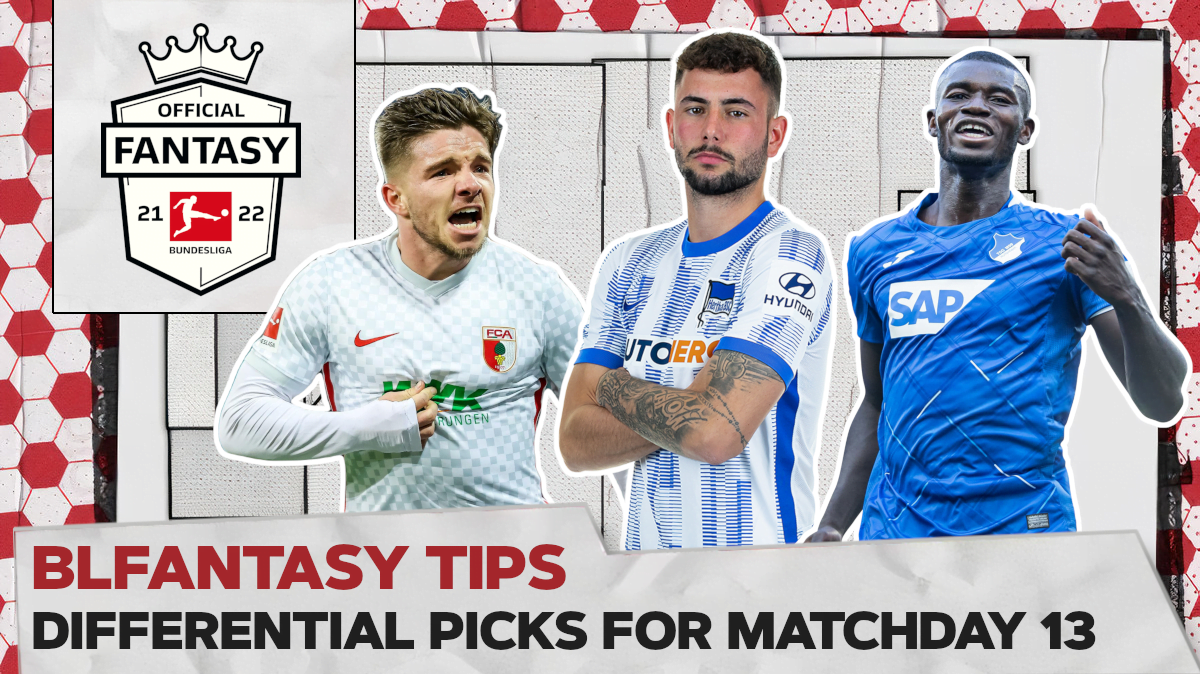 With the deadline for matchday 13 fast approaching, this article looks at the differential players who are very lowly owned but have a huge potential in Fantasy Bundesliga this week.

Hoffenheim forward Bebou is a cheaper alternative to Andrej Kramaric. However, he will lead the line for Hoffenheim against the league’s worst defence Furth who have conceded a league-high 30 goals. With an xG of 2.8 and ownership of just 1%, he can be the player who can push you up the fantasy ranks.

Uth has been instrumental in building up the FC Köln attack, linking up the play, creating chances and is the first choice set-piece and penalty taker. With an xG of 2.3 and xA of 2 and playing against a Gladbach defence that has been leaky away from home, a good fantasy return could be on the cards for this 1% owned forward.

Kamada is an interesting option in the Frankfurt midfield as they appear to have turned the corner with a win against Freiburg and a last min draw in the UEL match. Kamada has scored in his previous three UEL matches, though he is still to hit the net in the league, his advanced positioning of almost playing as the second striker and fixtures against Union and Hoffenheim make this midfielder owned by just 2% of the managers a solid differential.

Hertha have not been on form this season and will be looking to turn around beginning with their home game against Augsburg. Richter listed as a midfielder is playing as a second striker, represents a player who can take advantage of their fixtures against Augsburg and Stuttgart and go on a scoring run against his former team Augsburg.

Akpoguma was the highest-scoring fantasy player last matchday with 25 points, and that too without scoring and assisting, which highlights the player’s duel winning and attack potential. Playing in the right wing-back position, he also gets forward and is good aerially as well. With an upcoming fixture against Greuther Fürth, the worst defensive team in the league, a clean sheet and an attacking return look likely for this 2% owned defender.

Pedersen has been playing out of position on the left-wing for Augsburg and looks an exciting prospect, especially after his attacking display against Bayern Munich, where he scored a superb volley and set up many chances. With Upcoming fixtures against Hertha, who have scored the least goals in the league and Bochum, this 1% owned defender can be the differential player that will help you gain ranks.