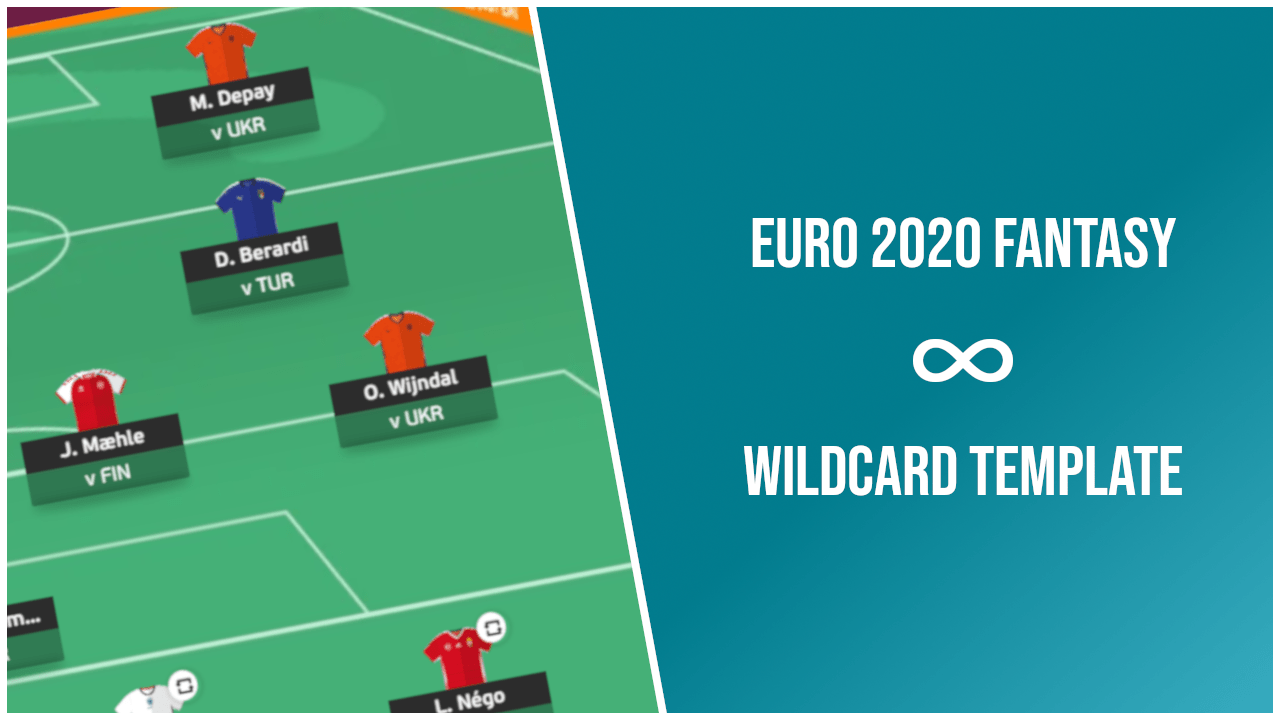 Just a few days remain until Euro 2020 Fantasy begins and we look at the must-have/template players that you could add to your team for the group stages.

Out of the 624 players representing their countries in the tournament, Depay is probably the most in-form player on the international level heading onto matchday one. He has a goal or an assist in his last seven consecutive games for the Dutch NT (7 goals and 3 assists) and is the first choice for all set pieces. To say that he is the talisman of the team is an understatement as he has scored five of the team’s last seven goals and there is no doubt that he will be adding more goals to his tally again in a group in which they are expected to dominate consisting of Ukraine, Austria and North Macedonia – the lowest ranking team participating in Euro 2020 (62nd).

The focal point of the most dangerous attack in the world, Romelu Lukaku boasts an impressive record for the Red Devils with 60 goals and 14 assists in just 90 games and was also the star performer in the Euro Qualifiers as he scored in each game he played and finished on a tally of 7 goals and 4 assists in just 5 games. The Belgian NT has scored the most goals so far in the Nations League, Euro Qualifiers and are second only to Denmark in the World Cup Qualifiers and have been placed in possibly the easiest group consisting of Denmark, Finland and Russia so the games should be high-scoring with both of the assist leaders in the Euro Qualifiers – KDB and Hazard – to set up Lukaku.

Although defending champs Portugal are placed in the group of death along with Germany and France, Ronaldo will still be a popular pick given his involvement in the attack and his ceiling as he is more than capable of multiple returns in any game. If Lukaku scoring in every game of the Euro Qualifiers was impressive then Ronaldo also did the same but he scored 11 goals across 7 games including two hattricks against Lithuania while averaging a tournament-high 9.17 shots per game. He might be 36 but he is still better than most players and offers an alternate captaincy option for the last day of the first matchday.

The Denmark NT has come a long way in recent years and they have proven that they are more than capable of putting up a fight against the big boys. Denmark has one of the best fixtures to start the tournament with a game against Finland who haven’t won any of their last six international games and who could be a better pick from the Denmark attack than Eriksen? He is involved in a bit of everything for the team, has full authority over all set pieces and is also currently in differential territory with just 5% ownership for those who would like to capitalize on a favourable fixture on matchday 1.

Those looking for exposure to the Italy attack on a budget have identified Berardi as a potential hidden gem at just €6M and with just 2% ownership. The Azzuri are currently on a 28 match unbeaten run and are a real dark horse in the tournament and are placed in a group that they are expected to top consisting of Switzerland, Turkey and Wales. Berardi is the first choice for corner kicks and also has four goals in the same number of games for the national team so his owners will be expecting more of the same in the group stages. Lorenzo Insigne (€8.5M) is also another option from the team if you have extra money to spend.

Torres might have just 11 caps for Spain under his name but there is no doubt that he is a gifted goal-scorer and is extremely clinical in front of goal. He has five goals in his last four appearances for Spain but the highlight of his national team career so far is his hattrick in a 6-0 thrashing of Germany which is more than enough proof that he is ready for big games. A bit on the expensive side at €8M but he could be a “go big or go home” player worth punting on.

Just to put into perspective how good the Italian national team is defensively, they have conceded just one goal in their last 10 games while keeping a clean sheet in the other nine matches. This makes Italy a decent bet for a clean sheet in every group stage game although they haven’t been placed in the challenging group and Spinazzola is the cheapest and most attacking defender from the Azzuri at just €5.5M. He might be prone to rotation with Emerson in the ranks and If you want a more guaranteed starter then you can get Leonardo Bonucci for the same price.

Even though Spain will be missing their charismatic leader Sergio Ramos who has been left out of the tournament, the current defence is more than capable of holding out on their own and Pau Torres offers budget entry into their backline at just €4.5M.

Denmark have conceded just three goals in their last 10 matches and Mæhle stands out as another budget-buster defender at €4.5M with his matchday 1 fixture against a struggling Finnish NT that has failed to score in their last two games against Estonia and Sweden.

This Dutch wing-back offers an additional threat from the wings and has impressed over his last few games for the national team. Although he might not have the best odds at getting clean sheets against opponents in his group, Wijndal is considered the best of the rest when it comes to budget defenders.

Donnarumma might be the most expensive piece of the template team defence but his price tag is justified as he plays for one of the best defences in the tournament.