Euro 2020 Fantasy Guide: How to Play, Rules, and Tips to Get You Started 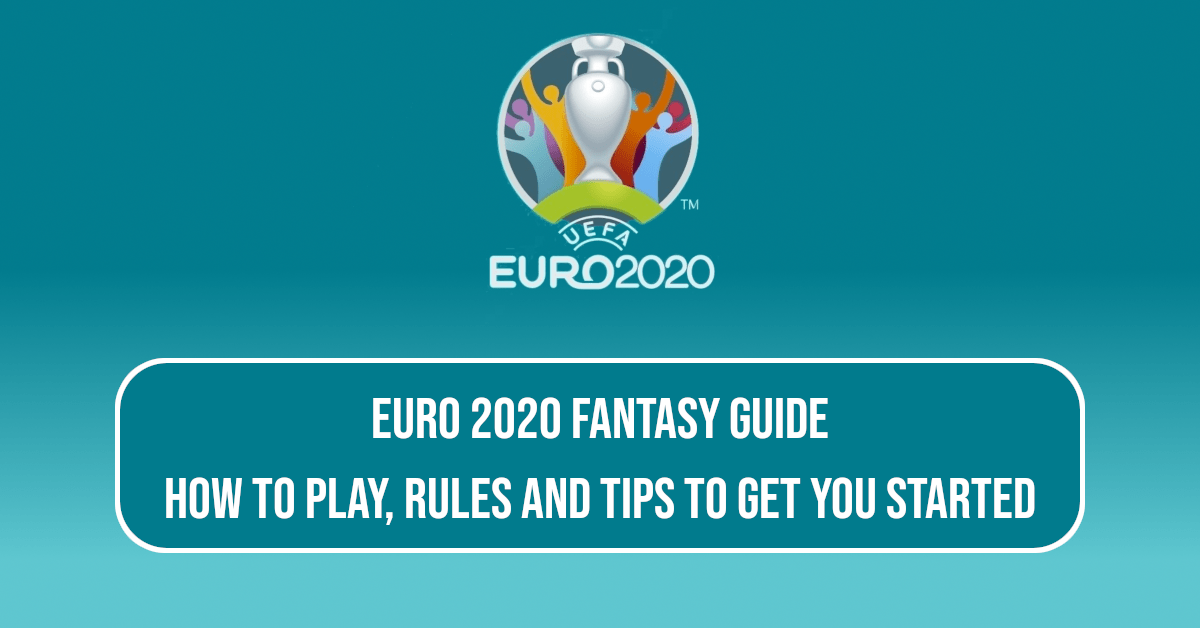 It has been a long wait for the Euros after the tournament was delayed for a year due to the Covid-19 pandemic but now we are just four days away from the start of the biggest event in the footballing universe this year. To help you get started with Euro 2020 Fantasy, we will be looking at how to play the game along with the rules and tips to get you started.

24 countries are participating in total that have been divided into six groups from A-F consisting of four countries each. The tournament will follow a single round format where each team will play the other opponents in the group once resulting in just three matchdays in the initial stage. Teams that finish first and second in their respective groups will qualify for the next phase – the round of 16. The number of teams will be halved as the tournament progresses through every iteration of the knockout phase until one country is crowned as the champion of Europe. 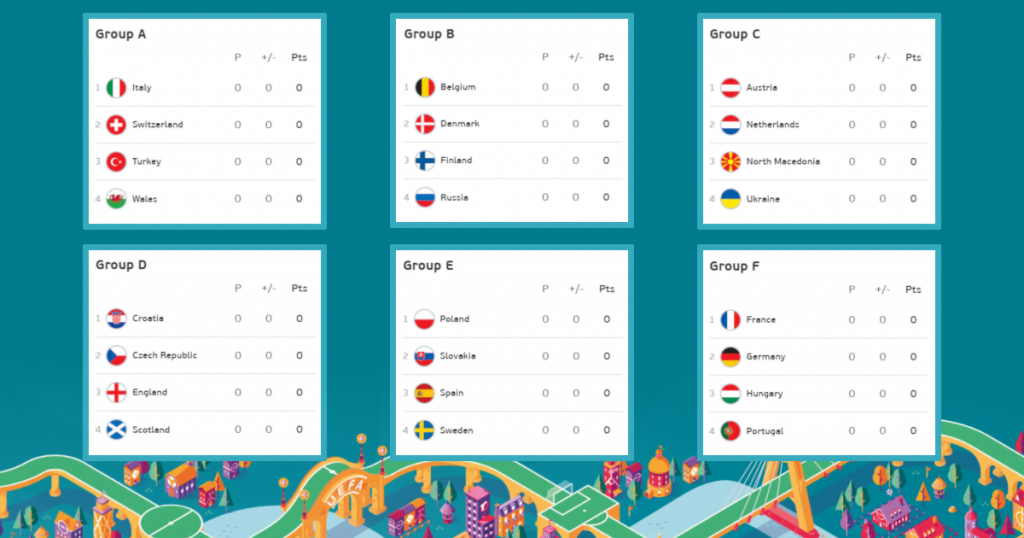 Group F is widely considered as the “Group of Death” and rightly so as it consists of the defending European champions Portugal and the winners of the last two editions of the world cup – France and Germany and the last team in the group is… Hungary.

The Fantasy Euro game similar to UEFA’s UCL Fantasy Manager and you will have a squad of 15 players in your team with limited transfers and matchday-wise substitutions.

Breakdown of your 15 man squad:

You will have a bank balance of €100 million to spend on your virtual squad and it rises to €105 million from the round of 16 onwards.

There is a limit of players you can select from one squad and the restrictions ease and more teams get knocked out and the player pool to choose from becomes smaller:

You can choose any formation, as long as you’ve picked one goalkeeper, at least three defenders, at least two midfielders and at least one forward in your starting XI. Formations can also be changed midweek as you make substitutions.

The game features price changes but it starts from matchday 3 onwards on the basis of the performance of players in the tournament.

Note: There is just one leg for the knockout phase and if the game isn’t decided at the end of normal playing time then the game will head into extra-time and penalties if there is no winner at the end of AET.

The added benefit of a captain pick remains the same – you get 2x the points for setting the armband on a player but Euro Fantasy offers additional flexibility by letting you change your captain throughout the matchday so that you can maximize your captain points. For example, Matchday 1 is spread across four different days so you can have a different captain for each day if you aren’t satisfied with the points your captain gets.

There is no vice-captain in the game, so if your captain doesn’t play, you will have a player sub on from the bench but won’t receive the armband.

It is recommended that you have players who play on different days throughout the matchday so you have the flexibility for substitutions and captaincy picks.

Note: Once you confirm your substitutions they cannot be reversed and you can’t make substitutions once the first match of the day begins. Also, players who get a red card cannot be subbed off except for your captain.

There are two chips in Fantasy Euro that can help you boost your rankings if you use them right. The chips are:

Tip: Activating the chips in the group stages gives you a bigger pool of differential players to choose from and using it in the knockout stages might result in your team being a template.

The points system for the game is similar to UCL Fantasy but without the bonus points for ball recoveries. Goals, assists, clean sheets and penalty saves hold the most weight in terms of bonus and the only bonus is goals from outside the box (1 point), winning a penalty (2 points) and for every three saves a keeper makes (1 point).

*Clean sheet points are only awarded when a player is on the pitch for a minimum of 60 minutes without conceding.

The set-piece takers for each country have been sorted according to the first, second and third choice from left to right.