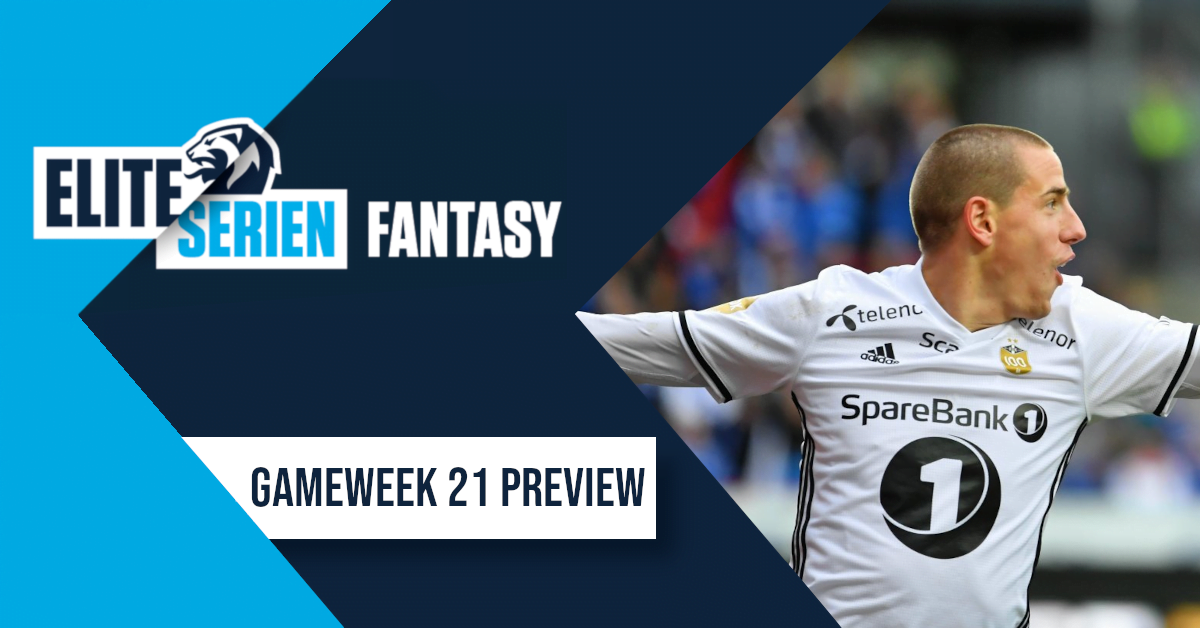 Milan Jevtović was once a favorite of Eliteserien Fantasy managers at his time in Rosenborg. Now, in his second stint in the league at Odd, he is showing glimpses of his old self again, which is why Jacob Silkstone believes he is worth considering as a differential captain gameweek 21.

Where would we be without our Tromsø picks? Not for the first time this season, a slightly disappointing set of DGW picks was bailed out by a haul from a Tromsø midfielder. August Mikkelsen‘s final total of 20 points made him the player of the week and boosted our score from mediocrity to respectability.

While our two punts up front, Thomas Lehne Olsen and Jonatan Braut Brunes, didn’t pay off, we did manage to get a couple of clean sheets, a smattering of save points and a penalty from Viking’s Zlatko Tripic. Overall, it was an underwhelming double gameweek, with an overall average of 52. Our Tipsters team returned 72, with the majority of the points coming from midfield.

Since the end of DGW20, the transfer deadline has brought some interesting new options onto the radar. Sander Svendsen, Viking’s new midfielder-turned-striker, is available for 8.0M, while Patrick Berg has rejoined Bodø/Glimt and will set you back 5.5M if you add him to your fantasy team. HamKam’s new Danish signing Victor Lind is also available for 5.5M and could make a mockery of that price tag. In all three cases, our advice is to wait and see how they settle in, especially with a set of hard-to-call fixtures ahead in GW21.

The two keepers with the most saves so far this season face each other as Odd host Jerv. The away side’s Øystein Øvretveit leads the way for saves, but the home team’s Leopold Wahlstedt (5.2M) looks the safer bet from a fantasy perspective. Wahlstedt was linked with Bodø/Glimt in the transfer window, but has stayed put and will fancy his chances of a second successive home clean sheet.

Sarpsborg have now lost eight consecutive games and are tumbling towards the relegation zone. HamKam are heading in the other direction, buoyed by an impressive draw against Bodø/Glimt and a clean sheet in a win over Haugesund. Aleksandar Melgalvis (5.1M) continues to offer a chance of points at both ends of the pitch in a game HamKam suddenly find themselves warm favourites to win.

Over the course of the season, Snorre Strand Nilsen (5.6M) has proved to be significantly overpriced. As a one-off pick for this gameweek, though, he’s worth a closer look in a Kristiansund defence that has been more resilient lately, culminating in an impressive midweek win over Viking. That has to be followed by a big performance against Sandefjord if they’re to have any hope of staying up, and Strand Nilsen offers both attacking threat and clean sheet potential.

Ex-Brann defender Thomas Grøgaard (5.0M) fired up Strømsgodset with two assists in their last home game and has started every game so far this season. Strømsgodset are strong in front of their own fans, conceding just twice in their last five at home, while Aalesund rank twelfth in the league for expected goals.

A word of warning here: Bodø/Glimt have lost both of their last two home games against Molde without scoring a goal. Even so, we’re confident in saying they’re the best team in the league and they’ll be giving everything in a potential title decider this gameweek. Isak Helstad Amundsen (4.4M) has been a fixture in both their line-up and ours recently, offering better value than any other defender in the game.

Maintaining our faith in Bodø/Glimt’s chances of edging out Molde in a tight game, we’re sticking with Amahl Pellegrino (12.4M) in midfield. That’s not a particularly brave punt: he has attacking returns in nine of his last ten games, and is close to an automatic captain selection for a significant number of fantasy teams. This might be the week to bet against him for the captaincy, but ditching from our squad altogether is a step too far.

After two games in a week and a gruelling European campaign, we’re expecting Viking to be slightly battle-weary as they travel to face Rosenborg. Carlo Holse (9.4M) has been consistently impressive for the Trondheim team, registering attacking returns in each of his last five games. He’s currently second in the league for expected assists.

Milan Jevtović (6.5M) briefly lit up Eliteserien in his days as a Rosenborg player and now looks to be the most dynamic route into the Odd attack. With two goals and 18 fantasy points in his last two games, he’s approaching top form ahead of an encounter with a Jerv side that haven’t kept an away clean sheet all season.

Right from week one, Osame Sahraoui (8.3M) has had the underlying stats to suggest that he’s among the league’s elite players, comfortably outranking anyone else for expected assists. Three double-digit fantasy hauls in his last six games are proof that he’s finally starting to deliver on the pitch too, and he gets a spot in our team this week despite a relatively tricky fixture against Lillestrøm.

Since joining Rosenborg early in the transfer window, Casper Tengstedt (9.8M) has had an extraordinary impact. In just four games, he has a total of 45 fantasy points, with attacking returns in every match. Viking can be tough opponents, but he seems close to essential right now.

Having failed with two punts on strikers who have ownership of under 1% in last week’s article, we’re hoping it will be a case of third time lucky now. Adama Diomande (8.0M) once scored a spectacular bicycle kick to help Hull defeat reigning champions Leicester in the Premier League… That might seem a very long time ago, but he’s now potentially a key player for Odd in the final stretch of this season. A home game against Jerv should be the perfect chance to open his account for his new club.

For the last couple of months, Amahl Pellegrino has been the default captain option, and he remains the safest pick this week if you don’t want to put your rank at risk.

If you’re looking to make up ground, though, playing the fixtures and targetting Odd’s home game against Jerv could be a smart move. Adama Diomande is still settling in and possibly short of full match fitness, so our focus is on Milan Jevtović as a differential captain for our Tipsters selection this gameweek.

Although we’ve overlooked Molde completely in this preview, they’re the league leaders, and it’s worth noting they’ve won their last two away games against Bodø/Glimt without conceding. This is the kind of crucial match where the likes of Magnus Wolff Eikrem will be expected to step up and show their quality. 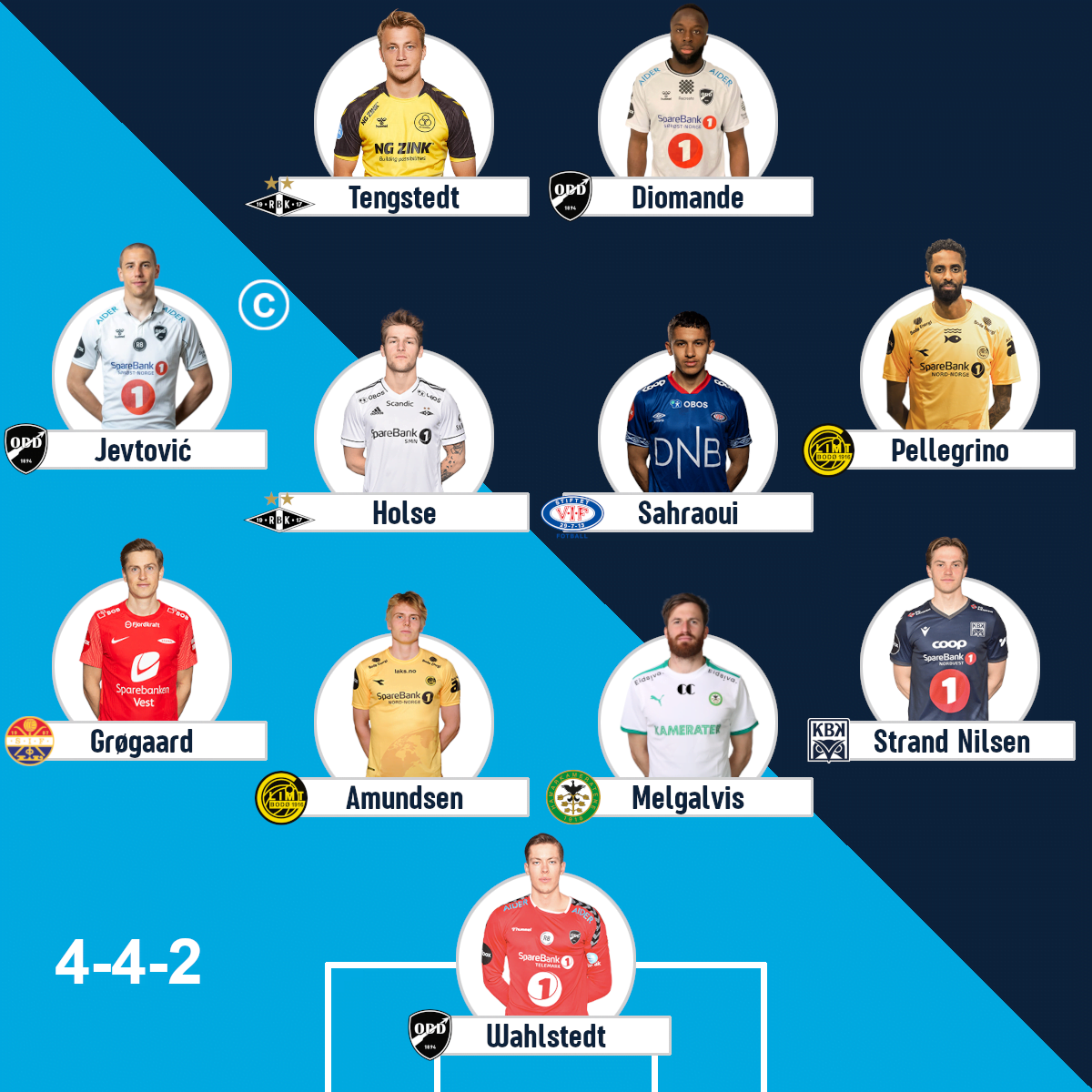