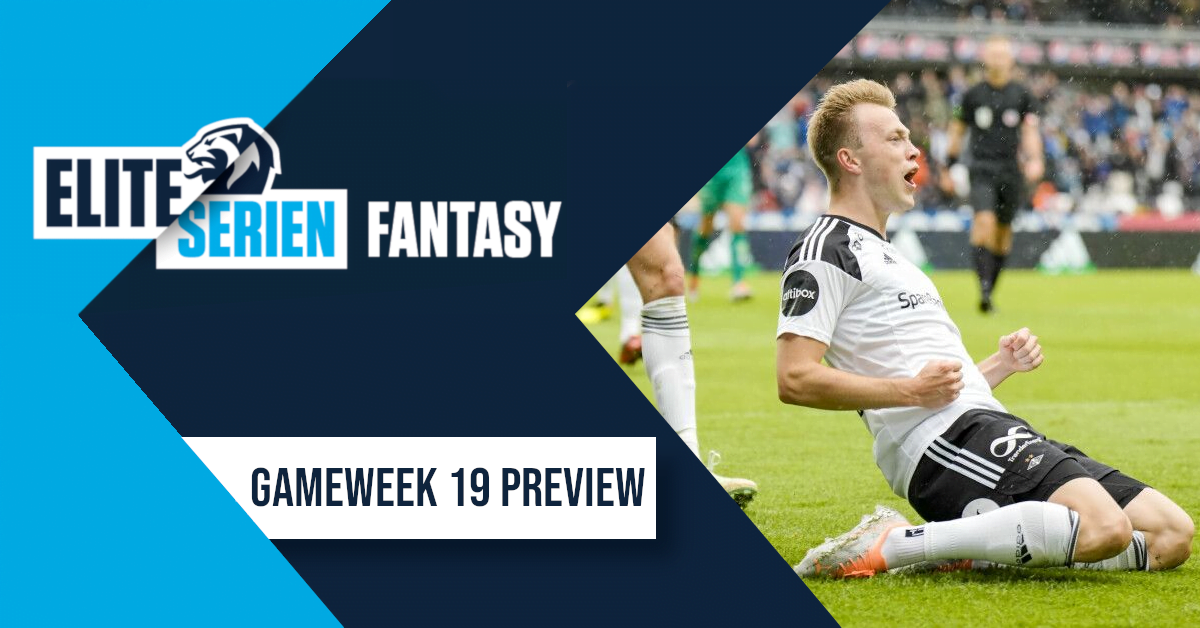 Latest Rosenborg signing Casper Tengstedt has just played two games in the Eliteserien so far but already has four goals including a hattrick to his name, so it isn’t a surprise that tipster Jacob Silkstone is trusting him with the armband in his Eliteserien Fantasy TOTW for gameweek 19.

In GW17, a set of disappointing picks was redeemed by the perfect captain pick; in GW18, a disappointing captain pick was redeemed by the rest of the team. Holmbert Fridjonsson hit the post and then blanked as Lillestrøm slumped to an unexpected 1-0 defeat against Jerv, all but ending their title challenge. We had more luck with our other strikers: Henrik Udahl scored again as Vålerenga drew with HamKam, while Rosenborg’s new star Casper Tengstedt registered one of the highest individual hauls of the season with a hat-trick and an assist against Sandefjord.

Assists from Joel Mvuka and Carlo Holse, plus a couple of bonus points for Isak Helstad Amundsen, helped boost our final score to 60 points. With the gameweek average down at 43, that’s another solid score for the Tipsters Team of the Week.

In GW19, Viking’s continuing involvement in Europe means that they and Kristiansund both have a blank gameweek; Molde’s fixture against Haugesund was initially expected to be postponed too, but is now back in its original spot in the schedule. It’s also worth noting that we’ll get early team news for Bodø/Glimt, so any rotation ahead of their Champions League play-off will be known before the deadline.

Against expectations, Magnus Smelhus Sjøeng (4.6M) has maintained his starting spot for Vålerenga even after the arrival of Per Kristian Bråtveit in the summer transfer window. The battle for the number one spot is worth monitoring, and Smelhus Sjøeng remains a bargain as long as he keeps starting. Vålerenga have kept clean sheets in two of their last three at home, and visitors Tromsø haven’t won an away game all season.

Lars-Christopher Vilsvik (5.1M) leads the rest of the Strømsgodset defence for expected assists, slightly underperforming his stats so far this season. Both of his double-figure points hauls have come at home, and Jerv remain (as we seem to point out in this article every week) the weakest attack in the league.

With the risk of reduced minutes for the wing-backs, we’re looking at solid central defender Benjamin Tiedemann Hansen (5.5M) as a reliable selection from the Molde backline. Tiedemann Hansen has completed ninety minutes on every start this season, with the notable exception of a red card against Viking in GW5. He has also been popular with the bonus point system lately, receiving four bonus points in Molde’s last four games.

Lillestrøm’s form may have dipped slightly, but they still have a formidable defensive record at home: five clean sheets, and only three goals conceded on their own turf all season. Vetle Winger Dragsnes (5.8M) gets the nod for his attacking threat.

Finally, Isak Helstad Amundsen (4.4M) has been a breakout star for Bodø/Glimt this season and looked like one of the best players on the pitch as they saw off Dinamo Zagreb in the first leg of their Champions League play-off. As with Molde, there are some question marks over reduced minutes for the more popular picks; Helstad Amundsen offers a more reliable option for a far better price.

With Bodø/Glimt focused on their Champions League run, Amahl Pellegrino (12.3M) has played the full ninety minutes in just one of their last six games. In that time, he has scored nine goals and racked up four double-digit fantasy hauls. Check the team news before making him your captain, but right now he looks too good to ignore.

With the same caveat about checking the team sheets before confirming any transfer or captaincy decisions, we’re doubling up on the Bodø/Glimt midfield with Joel Mvuka (6.8M). Mvuka looks wildly underpriced in the fantasy game, producing six assists in his last four matches. Watch him play live and you’ll be baffled that he hasn’t scored more…

Vålerenga are unbeaten in their last six, and Osame Sahraoui (8.4M) leads the league for expected assists. With a European spot still not out of the question, they’ll be expecting another win from their clash against Tromsø this week. As mentioned above, the visitors have yet to win away from home this year.

Strømsgodset’s Herman Stengel (5.7M) is 13th among active players for expected assists, outranking the likes of Pellegrino, and also a regular penalty taker. He finally delivered on his underlying stats last week, and he’s our favourite budget midfield pick ahead of a home game against Jerv.

Danish striker Casper Tengstedt (9.5M) has enjoyed a stunning start to his Rosenborg career, returning four goals and an assist from his first couple of games. Opponents Aalesund were smashed 4-0 by Vålerenga in their last away game and haven’t won any of their last five league matches. Tengstedt takes the captain’s armband for us this week.

Tengstedt’s arrival has also been good news for Ole Christian Sæter (6.6M). The two forwards have struck up a formidable partnership already, and Sæter has three goals and two assists from his last three games. We’re happy to risk a Rosenborg double-up this week. 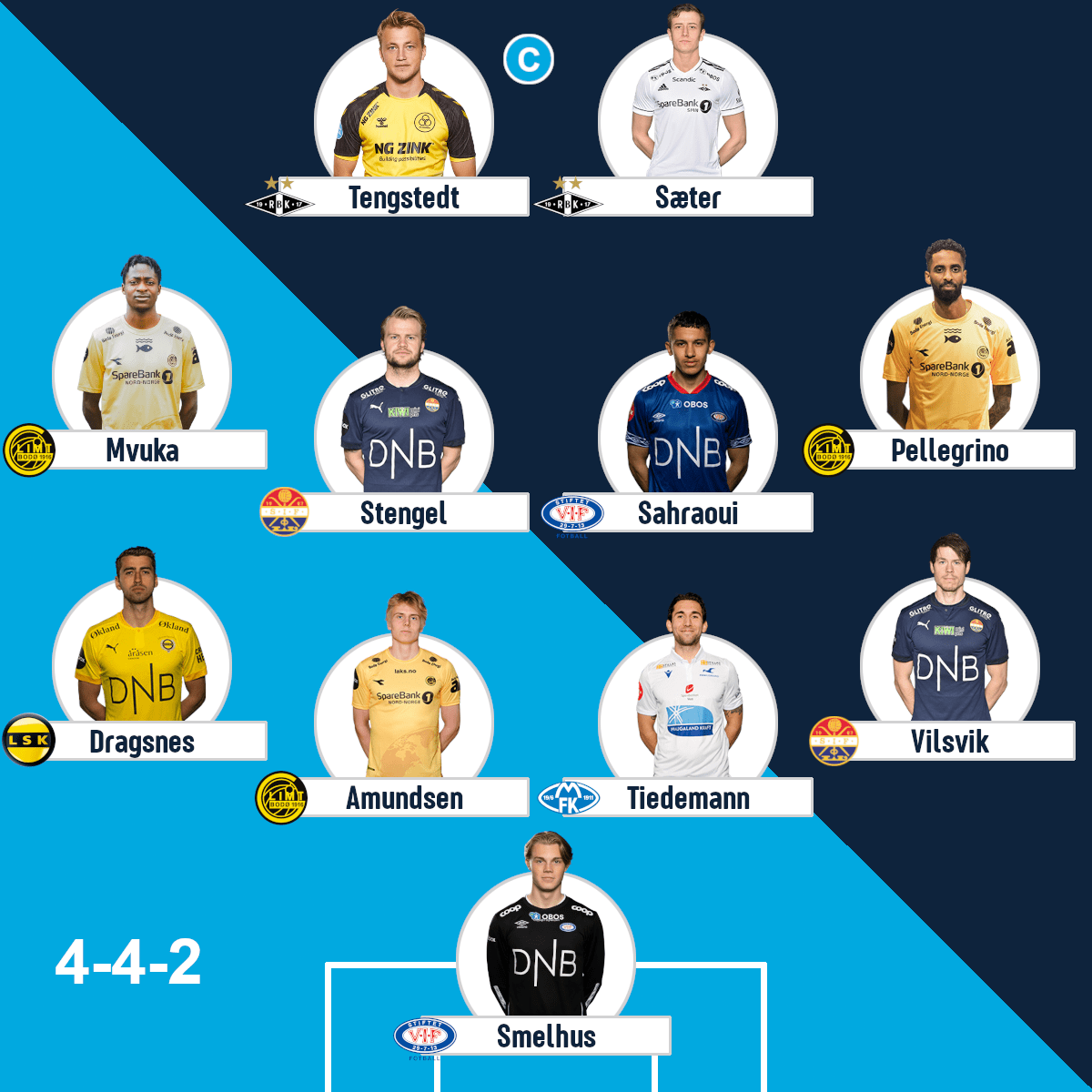