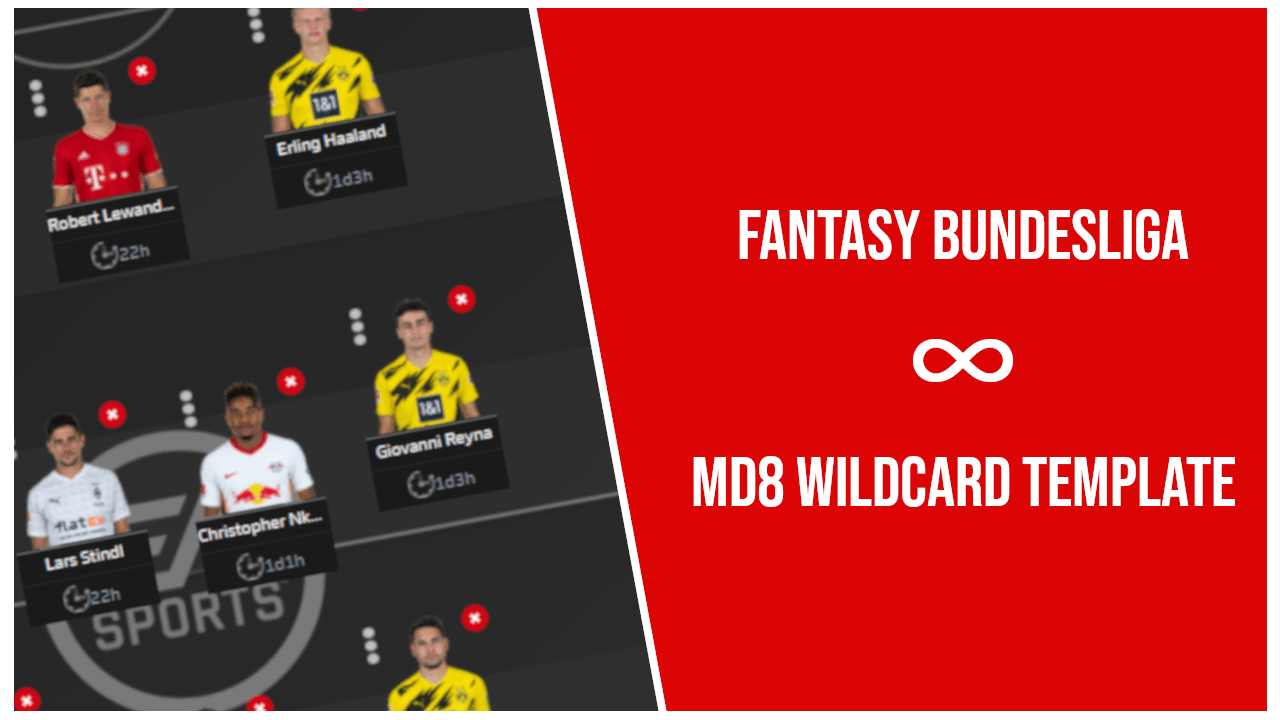 The last few weeks have been absolute chaos for Bundesliga Fantasy Players due to all the injuries and players falling ill out of nowhere. But thanks to Bundesliga, we have another wildcard at our disposal for the international break. We take a look at players that will be highly owned and the template team for the wildcard:

Robert Lewandowski: Some things in life are always constant. Such as Lewandowski scoring goals and being in almost every team there is. He is the first person to have in your team.

Erling Braut Håland: There were major concerns regarding his availability for the restart but they have been cleared since then. As per coach Lucien Favre’s words, “He is 100% ready.” Håland also has a new competitor for his spot in the first team in youth player Youssoufa Moukoko who turned eligible to play this week. There is a lot of hype surrounding the wonderkid who has scored 141 goals in 88 youth games but it has been deemed too early for him to start by sports director Micheal Zorc.

Andrej Kramarić: The players at TSG Hoffenheim are falling ill left, right and centre but hey, at least their best player is back right? Along with having great fixtures, he also offers full star flexibility with Lewandowski and Håland for four weeks straight.

Lars Stindl: Borussia has been ruthless recently scoring 9 goals over their last 2 games. Stindl and Plea have been their two best-attacking players over these games and the absence of Hofmann until next year tosses away the question between selecting him and Stindl. Might be this way even after Hofmann’s return since he was playing really deep which halted his fantasy production. All eyes will be on him when he plays Schalke on MD9.

Giovanni Reyna: He is a big bargain at 7.9M when you consider the premium you have to pay for Sancho who isn’t really in the best form right now and gets the same amount of points.

Christopher Nkunku: He is slowly getting into his stride and racking up bonus points like usual but he isn’t necessarily a template player. This spot for a second premium midfielder can be experimented with. Fan favourite Filip Kostić who returns to action this week is a good shout.

Florian Wirtz: Another great budget pick at 6.7M, he was in great form before the international break getting 13 points in each of his last 2 games. It is hard to pass up on him with that form for the price and the fact that he plays Arminia, Hertha and Schalke next which are all great games.

Angeliño: The highest scoring defender so far this season, he has scored 3 goals for Leipzig in 7 games while conceding just 4 goals. The least in the league. He is easily the best premium defender.

Raphaël Guerreiro: He has been relatively quiet this season but kept his best performance of the season for the Der Klassiker where he created 8 big chances and assisted both the goals. Guerreiro plays so high up on the pitch at times that he is almost a winger. So more attacking returns can be expected from him.

Lucas Hernandez: The injury to Alphonso Davies makes him the undisputed left-back for Bayern and while he might not be the most attacking defender there is, he is a constant source of bonus points such as duels won. He is the only Bayern defender worth getting at least until Davies returns.

Frederik Rønnow: He has saved 75% of the shots he has faced this season and averages 7 points while costing just 2.1M. Now Schalke head coach Manuel Baum has declared him as their #1 so he is essential. Rønnow is so reliable that having him as the only keeper for fantasy seems like a viable option.

Florian Müller: Gikiewicz’s lack of fantasy production means that Müller is the next good option again. Along with being the 2nd cheapest keeper at 3.6M, he rotates well with Rønnow for 5 out of the next 6 weeks (Freiburg play Schalke on MD12).

Christopher Trimmel: Union have conceded just 7 goals and have scored the 2nd highest goals so far this season after Bayern with 16. Even though he isn’t playing as attacking since Union are passing the ball more centrally through Kruse, he still remains a threat with set-pieces. You could even go with Lenz or Freidrich to open up budget here.

Maxence Lacroix: Wolfsburg got a dream run coming up as they play Schalke, Bremen and Koln in the next few weeks. It is a defensive team playing against teams that have struggled defensively so Lacroix could be a shrewd pick at 4.4M. If you want a more attacking player then Borna Sosa from Stuttgart (4M) could be the one you are looking for.

Mateo Klimowicz: He has featured consistently in the Stuttgart XI over Didavi recently and for someone who is just 1.4M, he is very consistent with his average of 6 and also has immense potential.