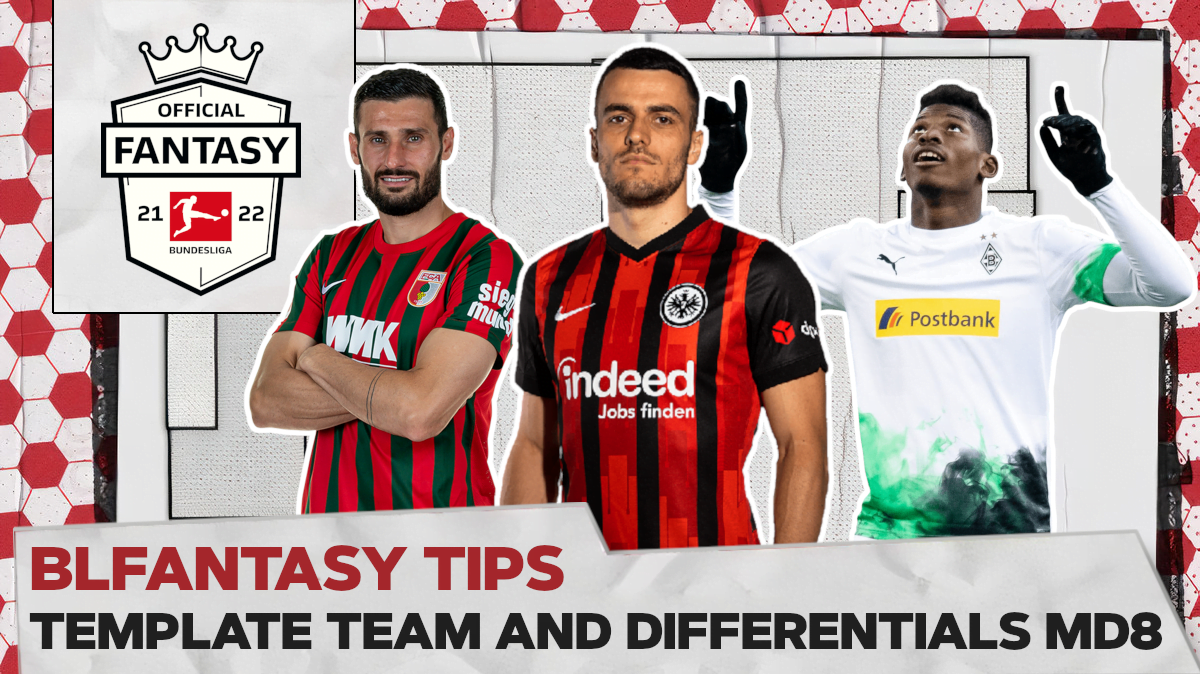 With the deadline for Bundesliga Fantasy MD8 quickly approaching, In this article, I @FBLThinker have shared a team with essential players to own for not only this matchday but going forward for the subsequent upcoming matchdays. Some differentials have also been included in the team keeping matchups in mind and also the probability of changing the players later down the line with three transfers given ahead of a new matchday.

He is the second-highest scoring forward in the game now and with seven goals in seven games, and he is the focal point of Bayern’s attack, making him a must-have in your fantasy teams.

Despite missing the last two matches, the highest-scoring forward in the game has a suitable fixture against Mainz at home. However, the Norwegian was out with an injury before the International break and is doubtful to start this week. If you are considering an upside chasing move to make up the ranks, then leaving him out for the single matchday is a risk that can be taken.

Embolo has been in great form scoring in the last Bundesliga match against Wolfsburg and continued the goal-scoring form in the International Break. A home game against Stuttgart who are missing some of their key defenders and first choice keeper through covid, can provide a high-scoring game in which Embolo can continue to his goal-scoring run.


Nkunku was in top form before the international break scoring four goals and being involved in most of their attacking play for Leipzig and also took set-pieces which makes him an essential asset in midfield for the game.

Kostic is looking like the player he was in the previous seasons with a massive haul against Bayern Munich (1G+1A) and is involved in all the set pieces and corners for Frankfurt. He now plays at home against Hertha Berlin who have already conceded 20 times in their last seven matches, and looks set for another big point haul.


Hofmann has been involved most of Gladbach attacking play starting on the right flank of the front three and even drifting in centrally. In his last match against Wolfsburg, he had nine crosses and five key passes, illustrating his value to the Gladbach midfield. Another interesting point to note with Stindl missing the last penalty kick and Bensebaini not fit, he could also be on penalties.

Augsburg’s talisman has been picked keeping in mind the tricky matchups for MD8 and as he plays in the last kickoff to act as cover for the midfield. He is involved in all set-pieces for Augsburg, including penalty kicks. With a game against Armenia who have conceded the most shots, Caliguiri looks likely to contribute with good fantasy points.


Angeliño has come into prominence ever since Leipzig switched to three at the back, and it looks like he is capturing his past form. In the game against Bochum, he put in four crosses, took one shot and created a big chance. An attacking return is surely on the cards with an (xG) of 0.3 and (xA) of 0.7. Their next match is against Freiburg who have an xGA of 3.19, so goals are expected, and with Angeliño involved in attacking play, he could contribute with a goal or an assist.

Hinteregger has started all of Frankfurt’s seven league matches, winning around 64% of duels and achieving 2.9 clearances per game. Though Frankfurt have only kept one clean sheet, the fixtures have been on the tougher side and with a home game against Hertha who have found difficulty in scoring, he could be essential with his clean sheet potential. He has also chipped in with one goal and is an aerial threat in the box with an xG of 0.6 and xA of 0.2, so there is a good chance of him getting more goals with Hertha Berlin having conceded two goals from corners (1.9 xGA for corners).


Alphonso Davies has been in good form for both his club and country and sometimes playing almost as a left-winger for Bayern as his positioning is much higher up the pitch. Though he has not been able to match his premium price tag with a return, his underlying stats for chances created and cross makes for good reading, and a big point haul is not far away.


Freiburg’s #1 shot-stopper is a reliable goalkeeper as he has a stable defence in front of him and has saved the most number of shots in the last seven matches, thus offering a route to fantasy points from both a clean sheet as well as save points. 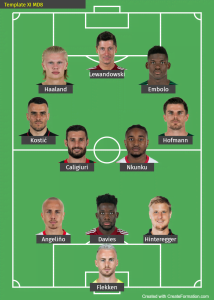