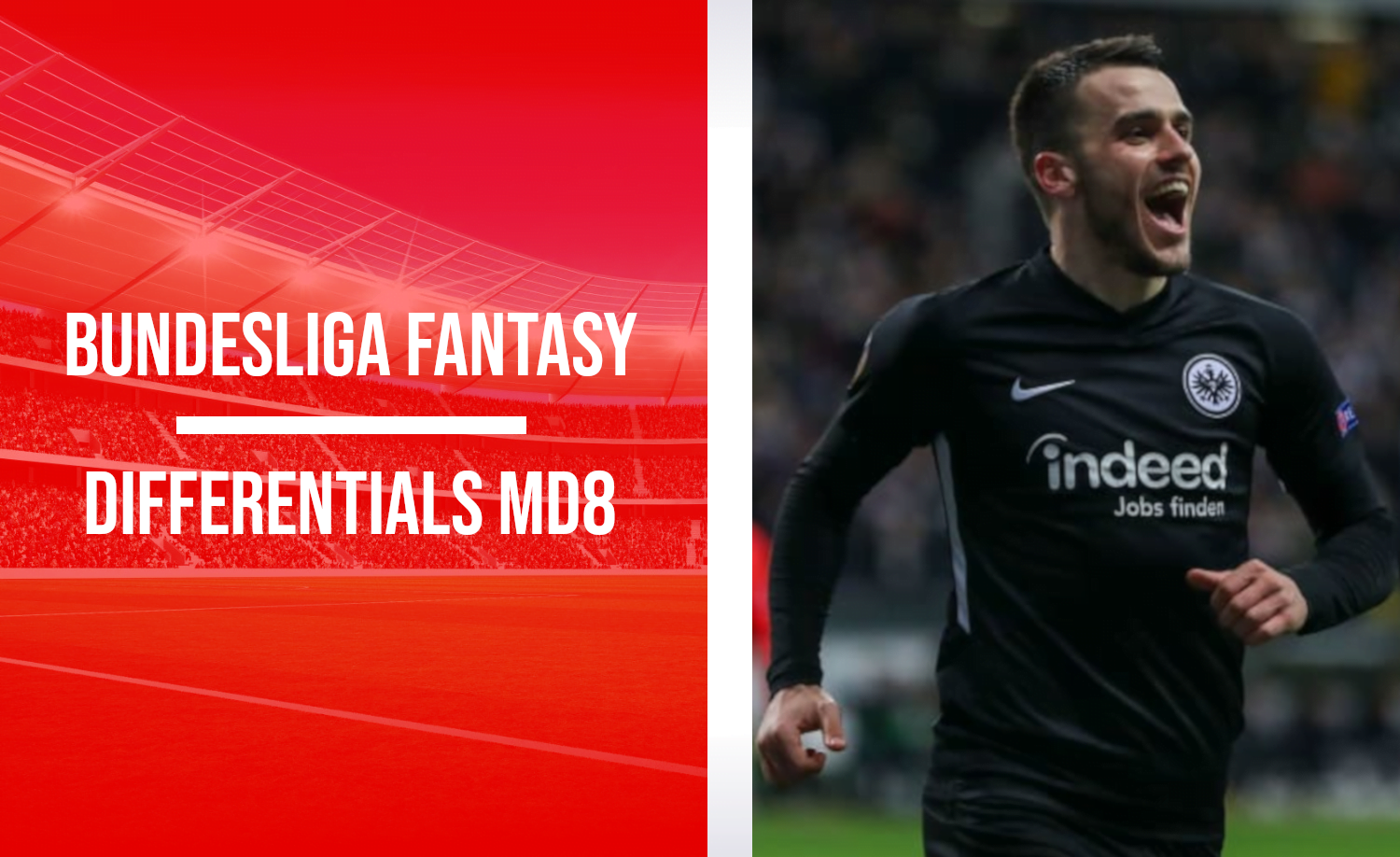 We were treated to another wildcard over the International break and that calls for another Bundesliga Fantasy differential analysis! There are plenty of differential forwards to choose from for matchday 8 but sadly not as many for midfield and defense. These are our differential picks for the week:

The absence of Plea means that Thuram will lead the line along with Embolo against Augsburg and while he might not be in the best form, it is the same with Augsburg. For me, he is the forward to get from Borussia since they play Augsburg and then Schalke. At least until Plea comes back.

Frankfurt currently rank #1 for the most attempted crosses in the league and that number is going to rise a lot with the return of Kostic. The team missed his ability to create chances and will look to end their four-game winless streak against a team they have never lost to at home: RB Leipzig. Kostic himself boasts of a great record against Leipzig recently. He scored two goals and assisted another in a 3-1 win the last time these two teams met in DFB Pokal. Kostic also scored the winning goal in their last Bundesliga game that Frankfurt won 2-0.

Lazaro announced his arrival last week with a stunning scorpion kick goal albeit it was in vain as the game ended Bayer Leverkusen 4-3 Borussia. His moment of sheer brilliance seems to have caught the eye of head coach Marco Rose and now he is predicted to replace Jonas Hofmann who will be out till next year on the left-wing. Despite starting the season well, Augsburg have been struggling recently and high flying Borussia who have been scoring goals freely will look for 3 points here.

Borna Sosa Vs Hoffenheim (A)

A player that has been mostly overlooked (Which explains why he is a differential), he has got 10 and 9 points for bonus in his last 2 games. He has also created the second-highest big chances for Stuttgart in those games (5) behind Castro (6). Now he plays an illness hit Hoffenheim who might be missing key players in defense such as Kaderabek, Posch, Skov, Rudy and Vogt. It is better for Sosa that he has to go up against Hoffenheim’s weak side and Bebou.

Robin Zentner Vs SC Freiburg (A)

The chances of Mainz completing this game without a clean sheet is zero but Freiburg will make lots of shots for Zentner to save. That is the only positive. 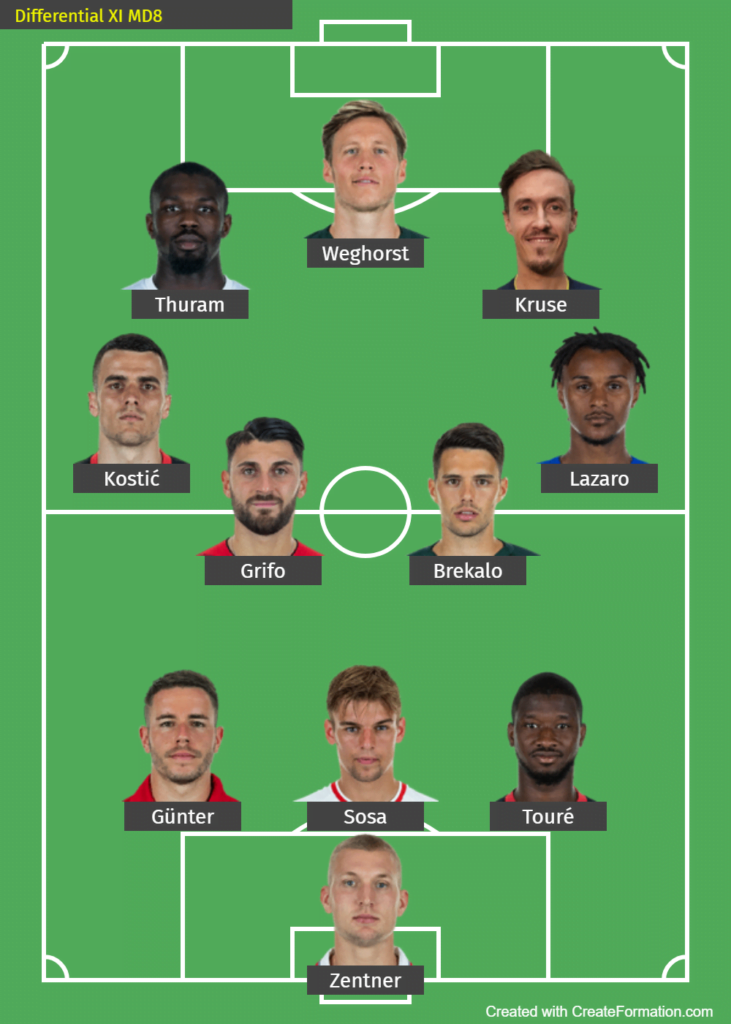