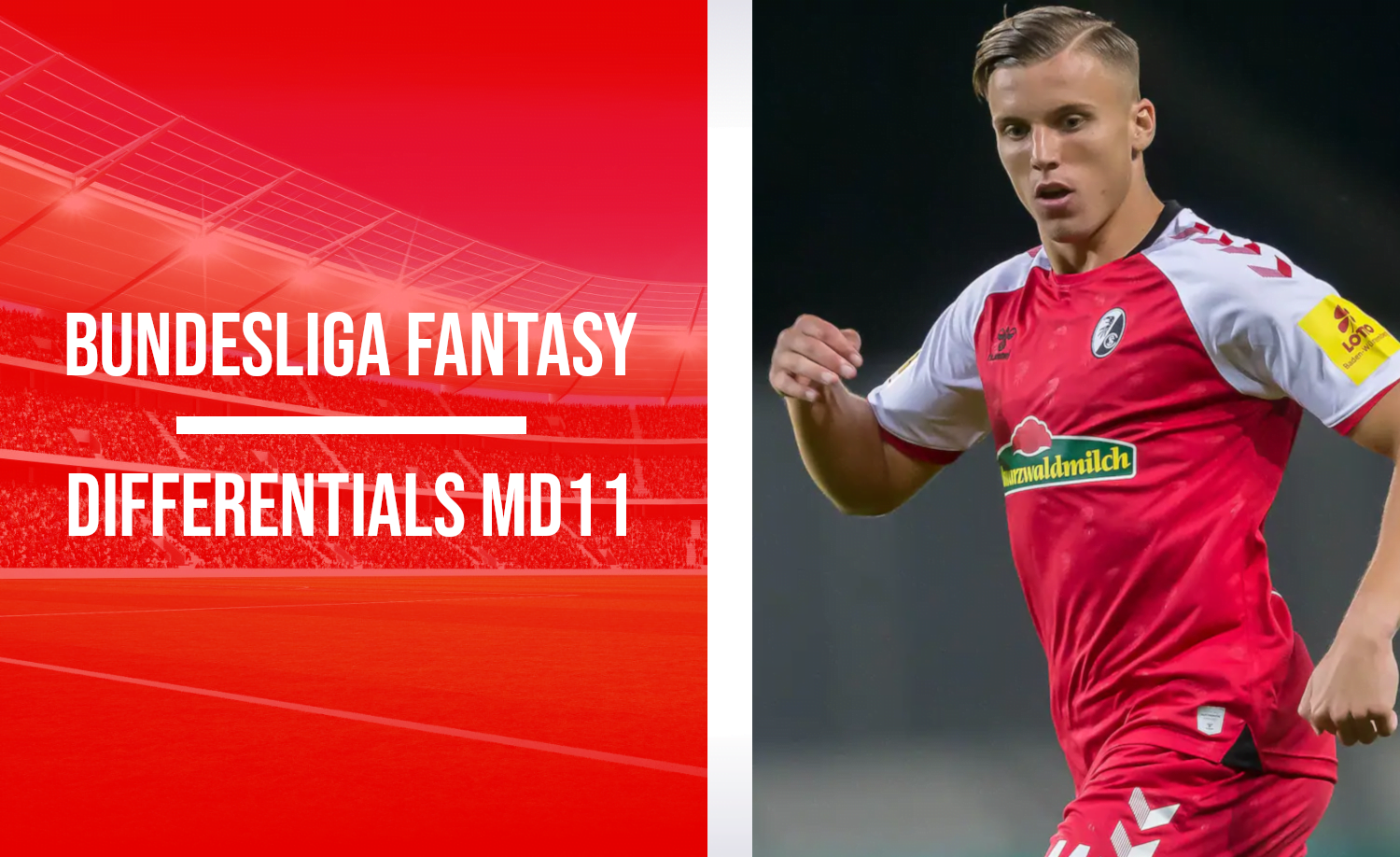 Ahead of matchday 11 in Bundesliga Fantasy, we look at players that are low on ownership and high on potential that could help you improve your rank. These are our differential picks for the week:

Freiburg in the last two games have taken the lead just to end up drawing – 1-1 Vs Augsburg and 2-2 Vs Borussia.. They are yet to win a game and will be desperate to snatch three points from Arminia in a six-pointer. Bosnian striker Ermedin Demirović was very impressive in the last game against Borussia where he registered four shots and two key passes but was unlucky to not be involved in a goal. His effort got him a generous 10 points just through bonus points. Freiburg will be hoping that he is on target this time and he should have plenty of chances to do so with players such as Grifo and Günter to assist him.

The ultimate boom or bust pick for the week, he is yet to get off the mark this season but the man with 13 goals and eight assists in 33 games last season is easily capable of scoring a goal or two on his day. Schalke is simply the worst defense in the league averaging 3.1 goals conceded per game and if Augsburg are to put a few goals past them, then Niederlechner has a good of ending his goal drought.

The Germany-born England youth international must be feeling at home Bayern Munich after breaking records such as becoming the Bavarian club’s all-time-youngest goal scorer after scoring against Schalke on MD1 at just 17 years and 205 days. He has scored another two goals since then, against Frankfurt and the equalizing goal against RB Leipzig last week. There is a lack of attacking options in the Bayern midfield for fantasy after the large mishmash of positions this season but Musiala is a bright spot and offers a genuine goal-scoring threat against Union Berlin at just 1.9M.

Ritsu Doan Vs SC Freiburg (A)

Only Schalke has conceded more shots (18.3 shots conceded per game) than Freiburg (15.7 shots conceded per game). Freiburg has also conceded the third most goals this season after Schalke and Mainz so it is difficult to imagine Arminia not scoring against them. The Japanese midfielder put in a brilliant display against Mainz with a goal and assist to go with five key passes. He is consistently the most player dangerous for Arminia and if Freiburg concedes shots at the same rate then Doan might eventually finish one. If not, he will still have a good amount of bonus for it.

The absence of Angeliño due to rest will be a big loss for his fantasy owners because no other defender can match his goal involvements but Halstenberg is still a worthy replacement for the Spaniard. It is expected that he plays as a wing-back rather than centre-back where he has been deployed in recent games so that increases his attacking threat and bonus potential considerably. He will also be on set-piece duties for a team that has scored the most goals from penalties in the league so far with four. Leipzig have also conceded the least goals so far this season with just nine. His potential makes him a great differential option for a week till Angeliño is back.

There aren’t too many differential goalkeepers this week but Casteels stands out because of his potential to get save points against an attacking Frankfurt team and the fact that he plays first this week. 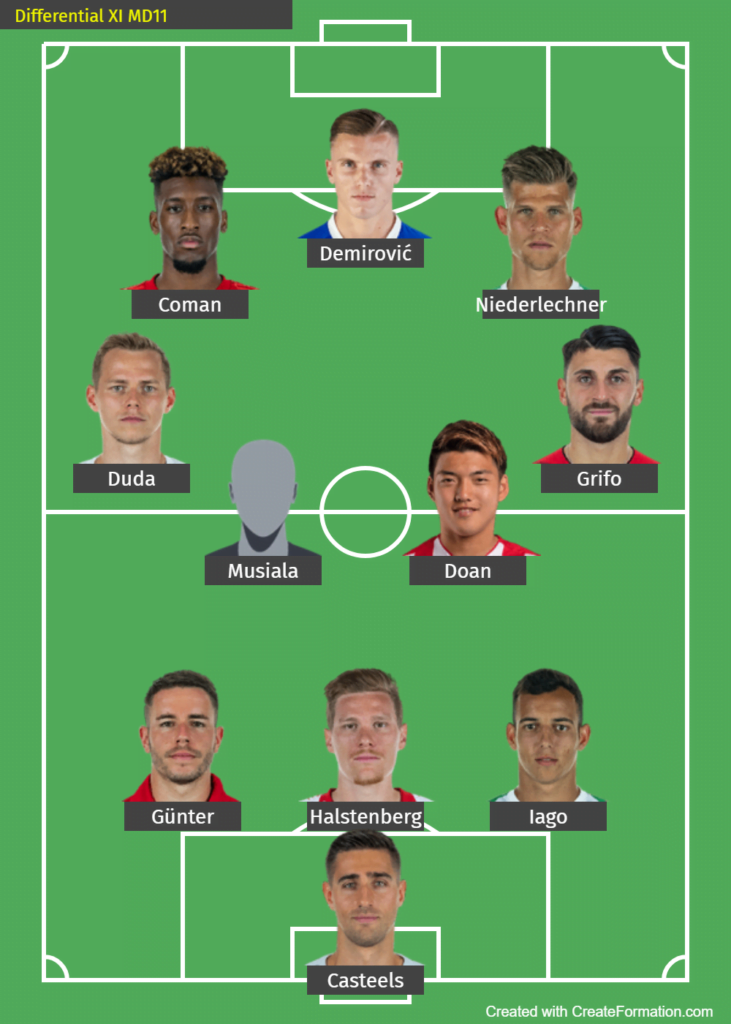