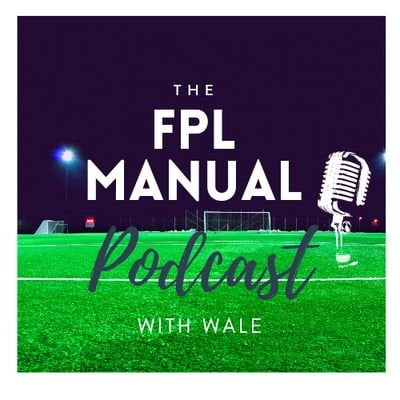 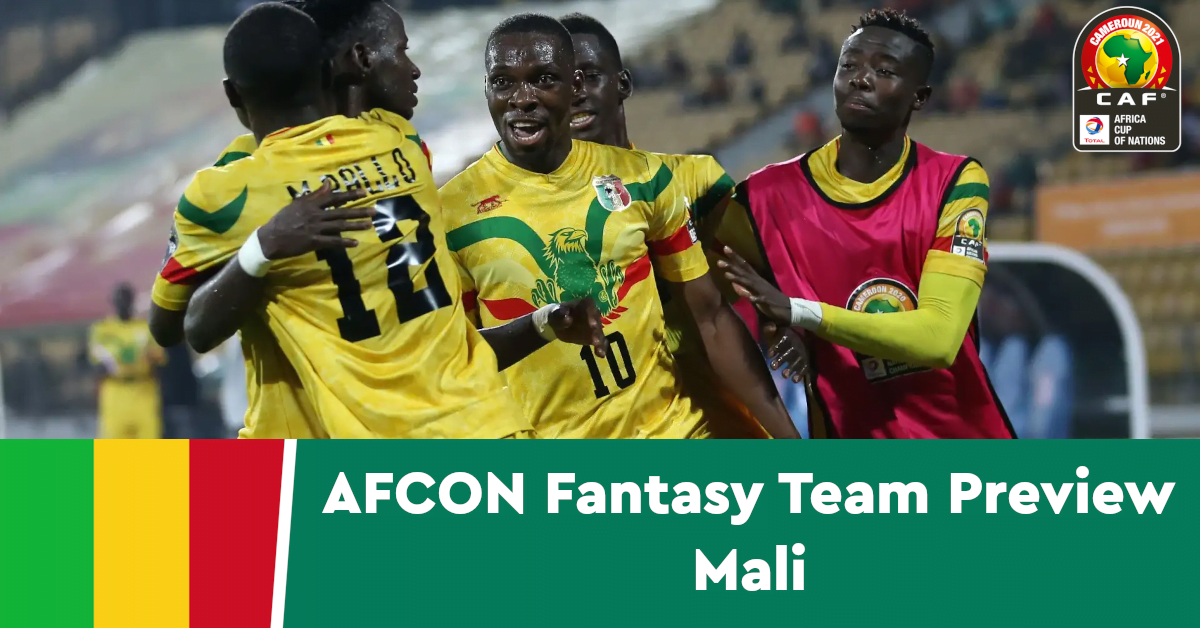 AFCON Fantasy is back after a two-year hiatus, and fantasy expert Wale aka FPL Manual, shares his thoughts on the first country from his team preview series – Mali.

The Eagles have never won the Africa Cup of Nations. However, their best result at the tournament was Runners-up in 1972, losing 3-2 to Congo. Mali have qualified for the tournament 12 times in total, finishing as runners-up once, third twice, and fourth three times.

🗺️ Road to AFCON: Mali finished top of their Group Qualifiers of Group A, scoring 10 goals and only conceding four times in six games (4 wins, 1 Draw and 1 loss). From these stats, it is fair to say Mali are a “defence first” kind of team who tend to protect their defence first and score later. This also corroborates their recent form in the World Cup Qualifiers, where they conceded no goals in all matches throughout 2021. 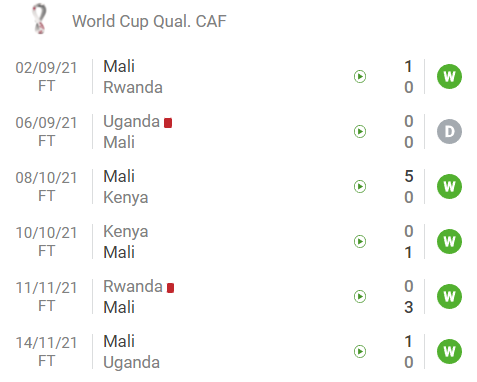 I manage to build up how Mali might shape up going forward. The coach tends to use a 4-3-3/4-2-3-1 formation, and Ibrahima Koné is their top scorer in most friendlies. However, it seems El Bilal Toure takes the pens when on the pitch. 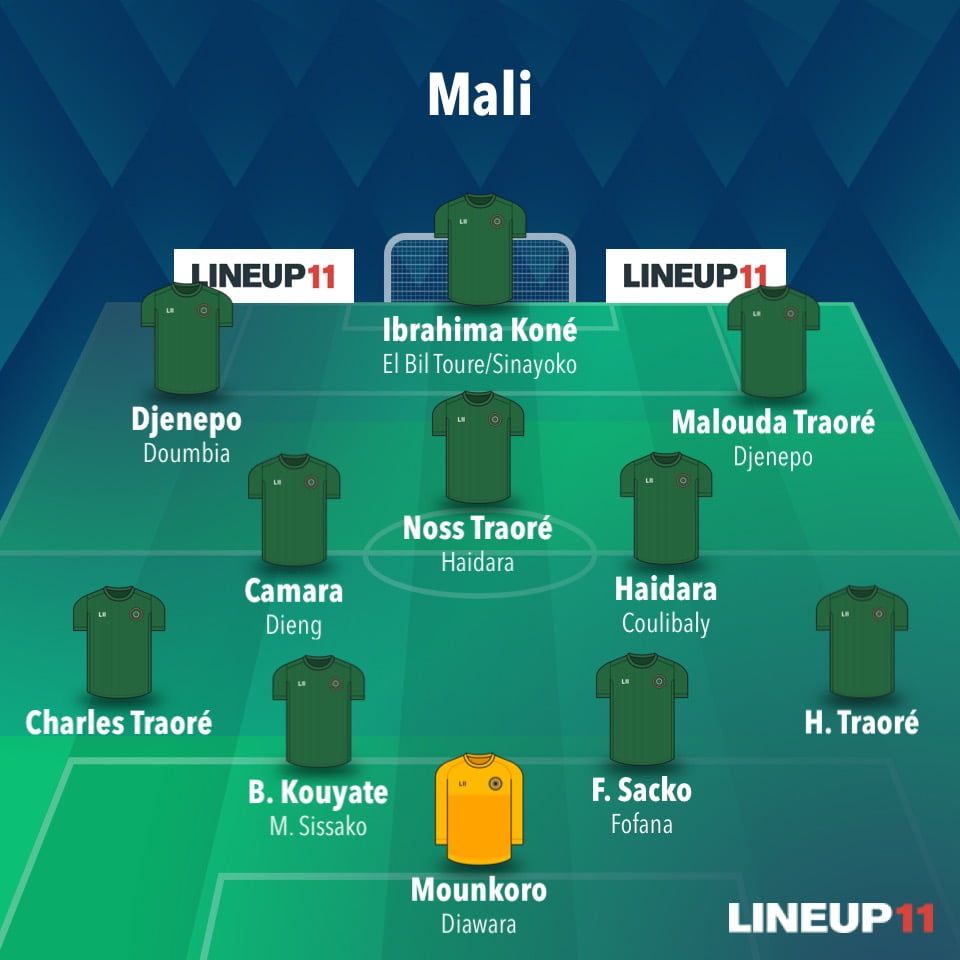 They play very well on the counter with Djenepo and M. Traoré on the flanks and also play very compact with Haidara and Camara as the two holding midfielders. Bissouma return, however, could put Camara as a rotation risk

The most nailed players here are:

Rotation risk: Malouda Traoré tends to rotate with Doumbia from the bench, F. Sacko with Fofana and Kone with El Bilal Toure. Read about my thoughts on Mali from a fantasy perspective below to learn about how this affects us as fantasy managers.

Here is a Preview of Mali’s first-team assets in RealFevr AFCON Fantasy. Note that they are priced below 8M, which could be a cheaper way to fill in those premium assets we want. 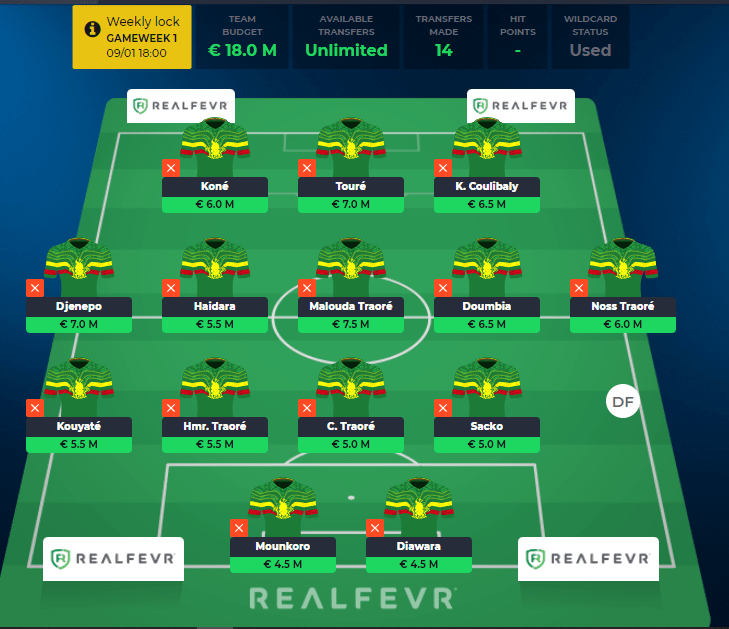 There seems to be a slight rotation between Mounkoro and Diawarra, who are both priced at €4.5M. Still, I think Mounkoro gets the nod as the no.1 goalie Mali’s first game is against Tunisia, who are also in excellent form, and both have been placed in Group F along with Gambia and Mauritania.

That brings us to the end of this article. Feel free to like and share with other managers to help them make decisions. You can join my little Mini-League with this token – 66a73908.