Win Prizes in the Most Complex Fantasy Football Game Online 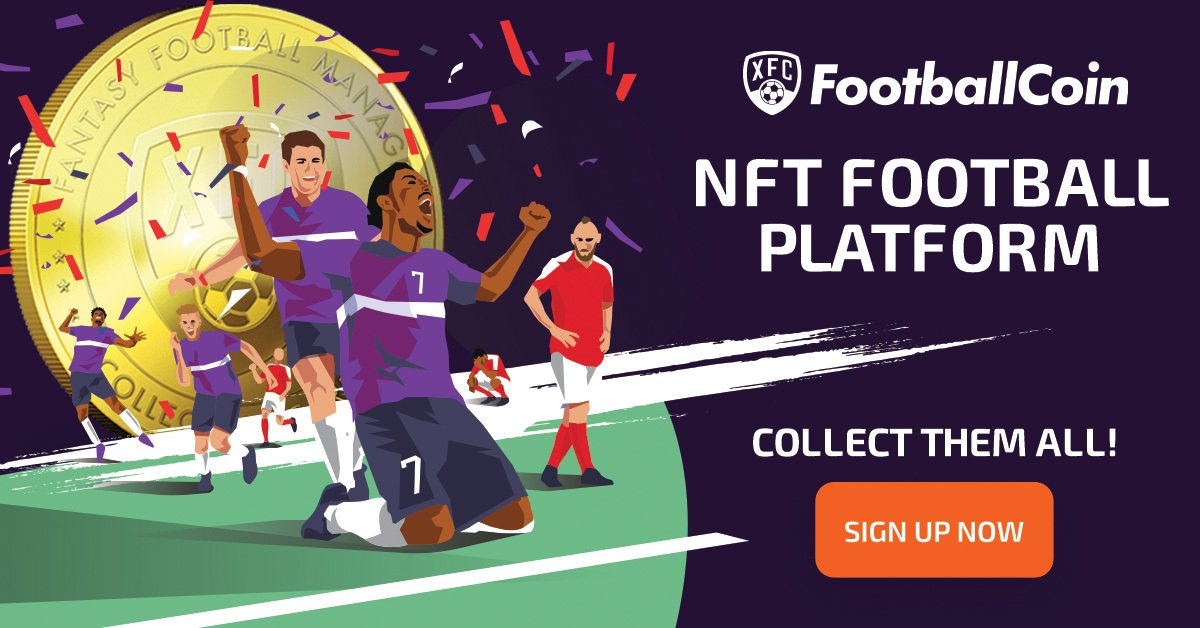 FootballCoin is the fantasy football game with the highest number of hosted leagues and the most complex scoring system. Did that pique your interest? Read on to see how you can get Mbappe and Haaland, or Messi and Ronaldo on the same team, and win prizes for your vision too!

The fantasy football contests in FootballCoin allow managers to earn daily prizes. Join the game for free! Start creating your fantasy football drafts and get ready to win XFC, the game’s official cryptocurrency that can be exchanged for fiat, or traded for NFTs that carry a real in-game value!

FootballCoin is an ideal game for both football devotees, as well as those interested in cryptocurrencies and blockchain technology. The game allows you to challenge other football managers, and to use the innovative NFT-based system to continually win accolades, as well as rewards.

If you’re new to FootballCoin, here’s what you can expect from your first try of the game:

– Trade your passion for football for real money (up to 1.000 euros can be won every day)

– All of the matches on the top football leagues in the world ((Premier League, Serie A, La Liga, Ligue etc.) are hosted in FootballCoin

– You can register and play for free

– Exchange your crypto winnings for fiat on the exchanges hosting XFC, the game’s official cryptocurrency

– FootballCoin runs its own blockchain which means that you’ll pay nearly nothing on each transaction and was nearly no time in having those confirmed.

– Use free player cards in the game, or purchase NFTs for as low as $3

– You can buy, sell, or swap your player cards with other managers that share your passion for The Beautiful Game

– Join the most complex blockchain game, one that has been active for more than 5 years.

How is FootballCoin played?

FootballCoin is an easy game to play, and one that requires true skill in order to master. Proving your skill as a football manager is guaranteed to help you win real, daily prizes.

Here are the steps that you need to take:

– Head over and register on www.footballcoin.io

– Make sure you take advantage of other opportunities to win XFC such as trading or leasing player cards, organizing private contests etc.

Remember that each daily FootballCoin contest is a new chance to win. Start fresh each time, creating new, inventive fantasy football drafts that can win you prizes. This is the place where your football knowledge can finally be used for profit.

So, why is FootballCoin better than other fantasy football games?

– Own what you collect! In FootballCoin an NFT of a player card is yours to own immediately after you purchase it for as low as $3. All cards can then be sold on the secondary market at the price of your choice.

– FootballCoin has the best 11 football leagues in the world included. This means that you can play fantasy football for the Premier League, Serie A, La Liga, etc. in the same game.

– Play in daily contests! Each new contest is a chance to win prizes and show off your abilities.

If you love football and want to use your knowledge to win prizes daily, visit FootballCoin right away!