FPL: Players to Watch Out for in Gameweek 4 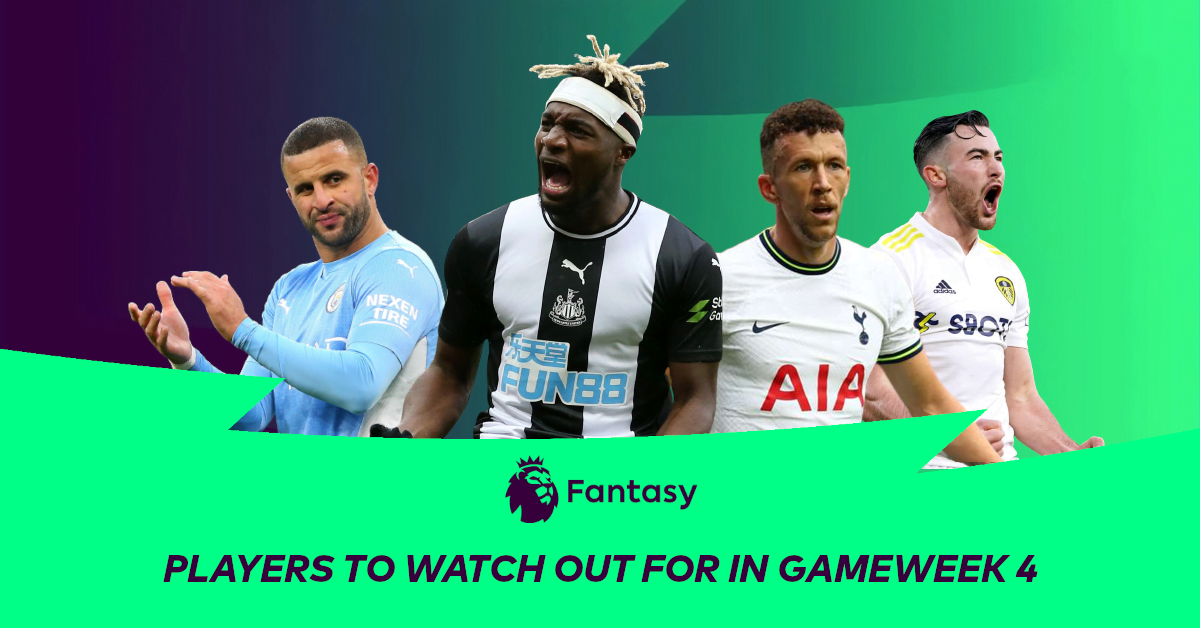 Whether you are deciding to use your wildcard chip or save it for later, it is important that your FPL team has a good mix of must-haves and differential picks for you to consistently gain rank. Tipster Yash shares his insights on a few of them in his players to watch out for in gameweek 4.

As the fantasy season heats up let’s look at a few hot picks that might come good in the coming weeks. There are two strategies that may reap dividends up until the expected wildcard in GW9 which is looking like the ideal time to wildcard in case you haven’t wildcarded yet.

The Template in FPL this year has been exceptionally strong however, certain players like cheap midfielders (Pedro Neto and Leon Bailey) and Liverpool defenders (Andrew Robertson and Trent Alexander-Arnold) have disappointed owners so far, however, my belief is that they will come good in these next five weeks especially Liverpool as they face Bournemouth at Home in GW4.

Rodrigo Moreno – The breakout player of the first three weeks with four goals and 35 fantasy points, Rodrigo is 1st on the threat and influence indexes and overall 2nd on the ICT index. Leeds also have the best fixtures of any team outside the top five till GW8. This coupled with an increasing price (jumping from £6.0M to £6.4M) and a high EO of 22% makes him the perfect template jump from Neto (that is if you have the cash).

Ivan Perišić – We were all sceptical of the xMins of this highly attacking new signing at Spurs. He is taking corners from both areas of the pitch and his attacking ceiling looks like the highest for a defender. His xMins looking more secure as he is back to full fitness and he will also be a BPS magnet, with Nottingham next at home. This is probably the best time to buy him and Trippier to Perišić looks like a sound move this week if you have £0.4M in the bank to spare.

Ivan Toney – Brentford’s talisman keeps on rolling. He had a goal disallowed in his last game against Fulham and still scored. Toney has looked extremely threatening in the last three weeks and Brentford’s current fixture run makes him a bargain buy with slightly lower EO yet not classifying as a differential. Downgrading an £8M midfielder slot to upgrade your 3rd forward should be the move if you want to bring in Toney.

Pascal Groß – He had a strong end to last season and went under the radar in pre-season with Brighton boss Potter playing him in a more advanced role. Groß started with a bang, bagging a brace away against Manchester United. He looks threatening, racking up good xG numbers. Brighton also look much more attacking and goal-oriented this season. Still cheap at £5.7M and the perfect fodder replacement for Neto/Bailey if you don’t have the funds for Rodrigo.

Kyle Walker – Probably the best starting £5M defender in the game because he is regularly starting for City. He has a low attacking upside but is a relatively safe cleansheet option if you do not want to take a gamble with other teams. Walker looks fairly nailed and probably immune to the Pep Roulette. If you have started the FPL season with Cash from Aston Villa, Cash to Walker seems like a no-brainer at the moment.

This is the upside-giving strategy based on chasing 3-4 differentials with great underlying statistics and filling the rest of the team with core buys. An advantage of this method is that essentially all punts are short-term in nature since in any scenario we are wildcarding in GW9 hence the downside is not that significant.

5 Differential Players to Consider for FPL

Wilfred Zaha – He is decently owned, the talisman for Crystal Palace and also a proven FPL asset with decent fixtures after the Manchester City game. He looks in superb form and is also on penalties. The only worry is that Zaha got a weird price tag of £7M which might prove to be a problem.

Jack Harrison – Rodrigo is all over the headlines but if we delve a bit deeper into the stats, Harrison actually offers better value. He has lower ownership at around 2.5% and is priced at £6M. His position looks nailed and has already produced the highest xA in that Leeds team. If you want to play it differently or do not have the funds to purchase Rodrigo, Harrison is your man.

James Maddison – Maddison just cannot stop scoring, possibly the best £8M mid in the game. We were put off by his early fixtures but he is slowly proving that he is fixture-proof in an attacking Leicester side. His fixtures in the next five do not look good like the best but he has consistently proven us wrong. If you want to play it a bit more spicy choose Maddison.

Allan Saint-Maximin – Saint Maximin showcased a fabulous performance against Premier League champions Manchester City with a hattrick of assists, finishing on 13 points. Newcastle look increasingly settled and have decent upcoming fixtures. A price drop at £6.4M should make him more attractive and at 8.5% ownership, he is a viable route into the highly impressive Newcastle team.

Mathias Jensen – Possibly the “puntiest” (if we can call it that) pick in this entire list. We back Mathias Jensen to continue his fiery form for Brentford. Da Silva and Toney are the more popular picks but Jensen has been quietly moving about his business adapting and almost at times leading the Brentford midlines. At a £5.1M price and 3.1% ownership with Brentford’s juicy upcoming fixtures, Jensen looks like an amazing cheap differential.