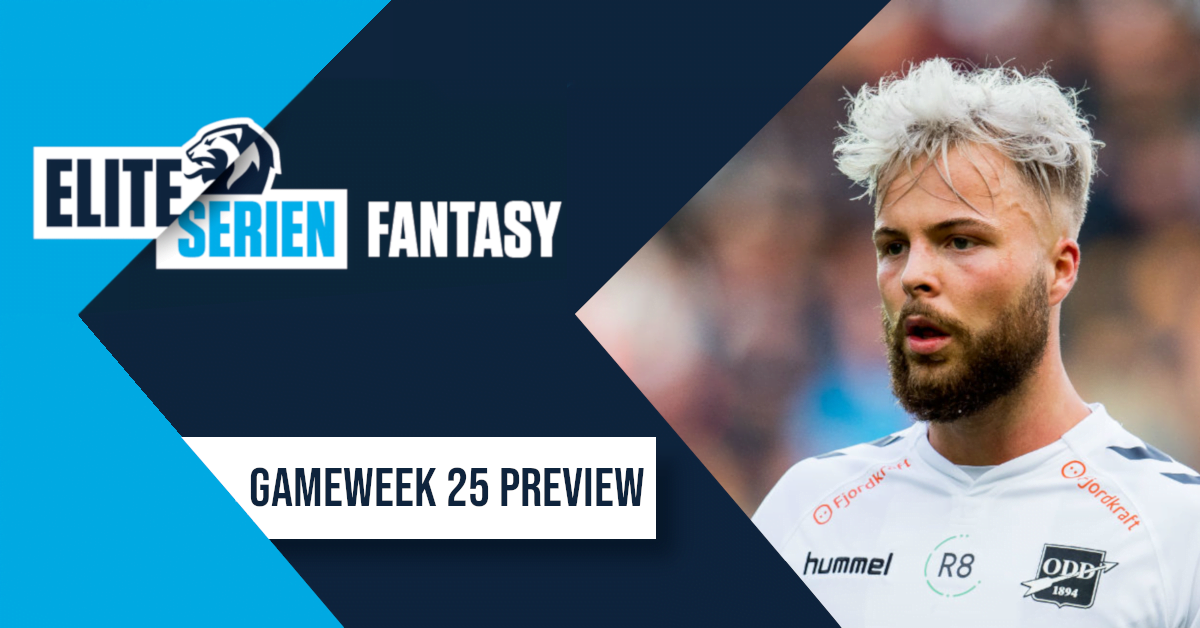 FK Bodø/Glimt’s Ole Solbakken is in stunning form, having scored in his last three games, and Fantasy Tipster’s Jacob Silkstone believes that he has dethroned talisman Amahl Pellegrino as the attacking trio’s spearhead in his Fantasy Eliteserien preview for gameweek 25.

This was a packed week in the Eliteserien calendar, with a rare round of midweek fixtures. Our picks for last weekend’s games mostly managed to deliver, with double-digit hauls for Veton Berisha, Ohi Omoijuanfo, and our captain tip Stefano Vecchia. Clean sheets for keeper Jacob Karlstrøm and defender Sheriff Sinyan, plus two assists for Erlend Dahl Reitan, brought us up to a total score of 86 (the overall average score for the gameweek was 49). Without a couple of injuries, our score could have been even higher…

Odd’s Leopold Wahlstedt (4.5M) has the highest ownership of any keeper among the top 1000 fantasy teams in the overall rankings, although he’s kept just one clean sheet in his seven appearances so far this season. There’s a chance for another when Mjøndalen visit on Sunday. Mjøndalen’s recent form is baffling, even by Eliteserien standards: they were blown away 7-0 by midtable Haugesund, then were lucky to lose a relegation six-pointer against Tromsø by just a single goal. But in midweek, they thumped Kristiansund 5-0. If we look at their away form rather than their home form, an Odd win seems like the most probable outcome.

Bodø/Glimt took a significant step towards defending their title with a 2-0 win away to Molde in midweek. To paraphrase a former Liverpool captain, this isn’t a good time to let it slip. Visitors Sandefjord are almost certainly safe from relegation, but too far adrift for a European place to be a realistic possibility. With little to play for, they shouldn’t trouble Glimt too much. Fredrik André Bjørkan (6.5M) remains an outstanding pick despite the increased price tag.

Kristiansund’s previously formidable defence has conceded eight times in the last two games. Still, we’re willing to back the highly-owned Snorre Strand Nilsen (6.1M) ahead of a relatively straightforward home tie against Tromsø. Now in nearly a quarter of all fantasy Eliteserien teams, Nilsen offers plenty of attacking threat: he has scored in three consecutive home games, and registered an assist too.

Rolf Daniel Vikstøl (4.3M) has gone under the radar despite posting returns in three consecutive games. Viking’s defence hadn’t managed a single cleansheet before GW22, but they now have two in their last three. Vikstøl wasn’t favoured at the beginning of the season, but has now started ten of the last eleven matches, contributing a goal and two assists.

Far too good for Mourinho to deal with, Ole Solbakken (10.1M) is one of the league’s most in-form players. He’s usurped Pellegrino as the focal point of Glimt’s attacking trio and has now scored in three consecutive matches, returning eight bonus points during that run.

Stefano Vecchia (9.8M) last blanked in front of his home crowd back in GW3. Admittedly, an injury-hit run has padded that stat slightly, but he has attacking returns in five consecutive home games, and opponents Lillestrøm were hammered 5-1 in their last away match.

Sander Svendsen (7.6M) is another player who seems to thrive at home. His last four home games have yielded a staggering total of 45 fantasy points: five goals, two assists, six bonus points. It remains to be seen whether Mjøndalen have turned a corner after their emphatic win over Kristiansund, but we’re betting that they won’t be able to keep Svendsen out.

Stabæk have to start winning again if they’re to have any chance of clawing their way out of a relegation dogfight, and the talismanic Oliver Edvardsen (6.9M) may have returned to fitness at exactly the right time. Edvardsen had five goals in five games before getting injured in GW16, and he’s been eased back into the action over the last three games. Now he’s back to full match fitness and will be crucial to his side’s hopes against Haugesund.

Harald Nilsen Tangen (5.0M) gets the nod as our budget midfielder this gameweek. He was subbed early in both of Viking’s previous games, but that seems to be more a matter of keeping his legs fresh than an indication of any underlying injury problems. If he does get the full 90 minutes this time out, it’s worth noting that he’s contributed attacking returns in both of his last two home games.

Also far too good for Mourinho to deal with, Erik Botheim (10.4M) has stepped up at the crucial phase of Glimt’s title challenge. His midweek blank against Molde was his first since GW18. This weekend, Sandefjord should be more obliging opponents: they conceded four against Rosenborg in their last away game and have kept just one clean sheet away from home all season.

Veton Berisha (11.1M) was the most popular captain choice for the elite fantasy teams in midweek, and you’d bet on him having the highest effective ownership again as Viking face Sarpsborg. Berisha has 30 fantasy points over his last two home games, and remains one of the most reliable Eliteserien strikers. He takes our captain’s armband this gameweek too. 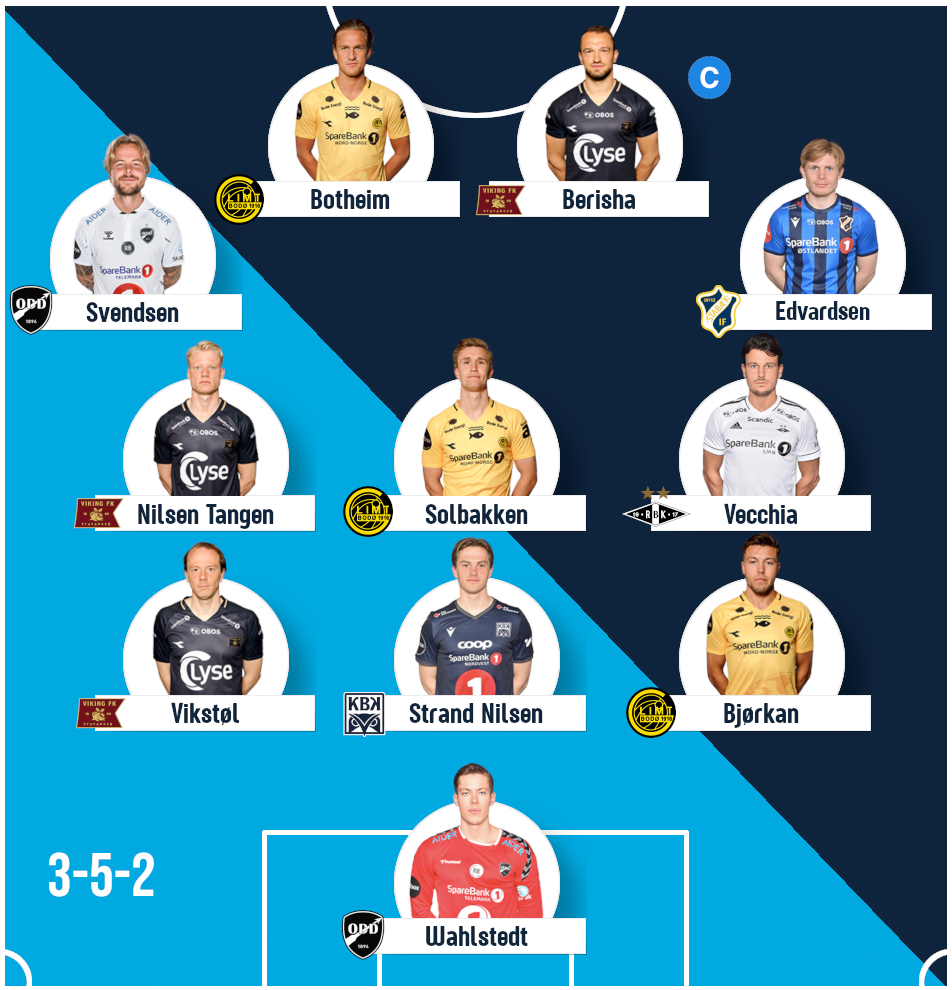