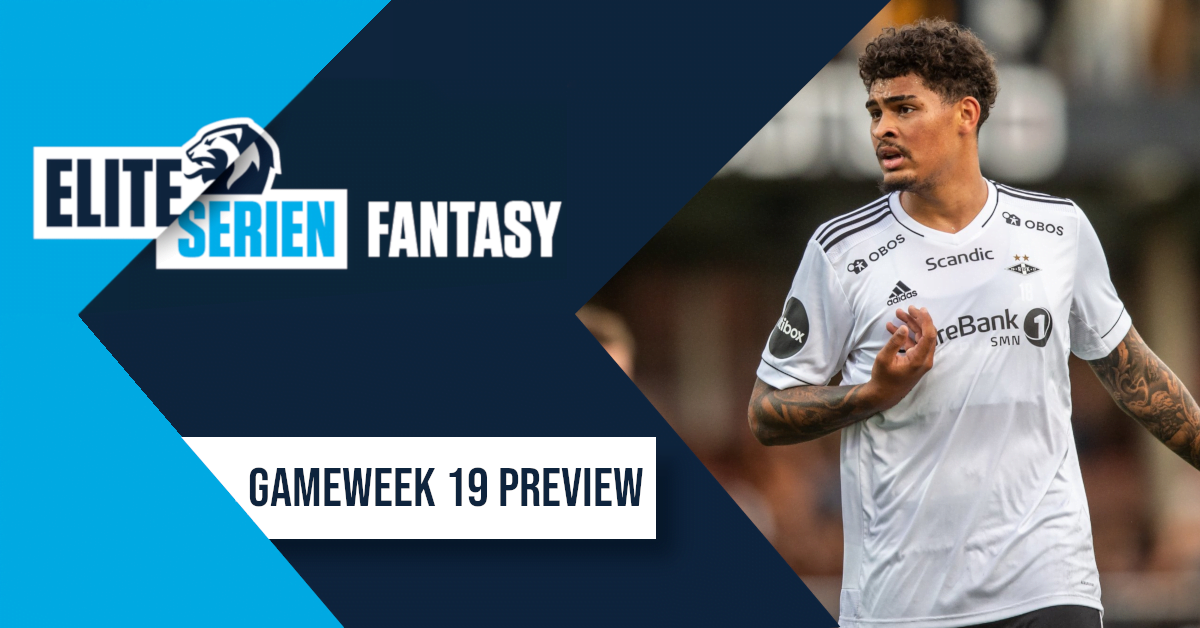 Zdeněk Ondrášek almost inspired a famous comeback against Rosenborg last week in his return to Tromsø IL after five years with a goal and an assist and tipster Jacob Silkstone believes that he is the best captain choice this week in Fantasy Eliteserien against their relegation-threatened counterparts SK Brann.

Our other picks were more of a mixed bunch: Thomas Lehne Olsen and Ibrahima Koné provided one goal each, while Martin Linnes recorded his first clean sheet since returning to Molde and added a bonus point. Bodø/Glimt’s Amahl Pellegrino was a major disappointment, with his first blank since his summer transfer. An average of over 21 points per 90 minutes was never going to be sustainable, but we might have hoped for at least one attacking return at home against Odd’s porous defence. Ultimately, Lillestrøm’s Gjermund Åsen was the only one of our four midfield picks to contribute a goal or an assist.

One Last Blank, One Last Double…

Barring any postponements related to weather (always a possibility in Norway) or illness, GW19 is set to be the final blank gameweek of the season. Midtable Strømsgodset and relegation-battling Stabæk won’t play this week, but both have a double in GW20. If you’re not using a chip to cover the double gameweek, ideally you’d want to bank a transfer this week and have one or two players from those clubs already waiting on the bench. Friday, Vilsvik and Hove are popular picks from Strømsgodset (all part of the template team for the top 1K), but only one Stabæk player (Edvardsen) has an ownership anywhere near 10% and he’s been out injured for almost a month.

Hold any Strømsgodset and Stabæk assets you already have, but don’t tear up your team to get anyone in for the double.

It seems strange to be recommending a goalkeeper who hasn’t kept a clean sheet in any of his last eight games, but Mjøndalen have conceded far fewer goals than any of the teams around them and only four keepers can better Sosha Makani (5.0M)’s total of 53 saves this season. Opponents Sandefjord have failed to score in three of their last six away games.

Snorre Strand Nilsen (5.6M) is in the top five defenders for xGI (expected goal involvements) over the past month, and already has three goals this season. Kristiansund are tough to break down at home, conceding just once in their last three in front of their own fans and shutting out league leaders Molde in GW17. A good chance of points at both ends of the pitch here.

The xGI stats also look very good for both of Rosenborg’s full-backs ahead of a trip to Sarpsborg. While Dahl Reitan is an excellent pick, we’ll keep backing Adam Andersson (5.9M). Andersson is slightly cheaper and has a much lower overall ownership, and he could be a key differential for a resurgent Rosenborg side.

Vålerenga’s recent form has been indifferent, to put it kindly, while Molde are looking extremely likely to record a fifth consecutive top-two finish. Sheriff Sinyan (5.3M) is the cheapest route into the Molde backline, and demonstrated his attacking threat with two assists in the 4-0 thumping of Mjøndalen last gameweek.

Amahl Pellegrino (now 12.1M after a long-overdue price rise) may have recorded his first blank in a Glimt shirt last week, but he remains the focal point for the best attack in the lead. An away game against Viking isn’t the best fixture, but we’re not willing to bet against him: this is a must-win for Glimt if they want to maintain their title challenge.

Danish midfielder Agon Mucolli (6.2M) was touted as Pellegrino’s replacement when he joined Kristiansund at the beginning of the season. He had a slow start at his new club, but has showed signs of discovering his best form recently. All six of his attacking returns this season have come on his home ground, and Haugesund’s struggling defence should be obliging opponents this week. With an ownership of around 0.5%, he’s a huge differential.

After a season riddled with scandals, Brann are finally showing some much-needed fight in the relegation battle. They climbed away from the foot of the table with an impressive win away at Lillestrøm, and now they face the proverbial relegation six-pointer away at Tromsø. Finnish international Robert Taylor (7.3M) has been their main creative threat all season: he may not be particularly good at taking penalties, but he provides plenty of assist potential.

Iceland’s Vidar Ari Jónsson continues to provide unbelievable value, even at his recently-increased price of 5.7M. If Sandefjord manage to break down Mjøndalen, there’s a high chance of him being involved. In his last six games, he’s scored four goals and provided two assists.

By this point, Ohi Omoijuanfo (12.3M) is a predictable pick. It’s worth mentioning the discrepancy in his scoring record at home (12 in his last 6, as mentioned earlier) versus away (no goals in any of his last four), but that’s more of a statistical anomaly than an indication that he’s unlikely to score away at Vålerenga this week.

Noah Jean Holm (8.3M) has been in sensational form since signing for Rosenborg, scoring twice in the league and twice in Europe. His overall ownership is still well under 10%, but expect that to change very soon.

Fantasy Eliteserien Team of the Week for Gameweek 19 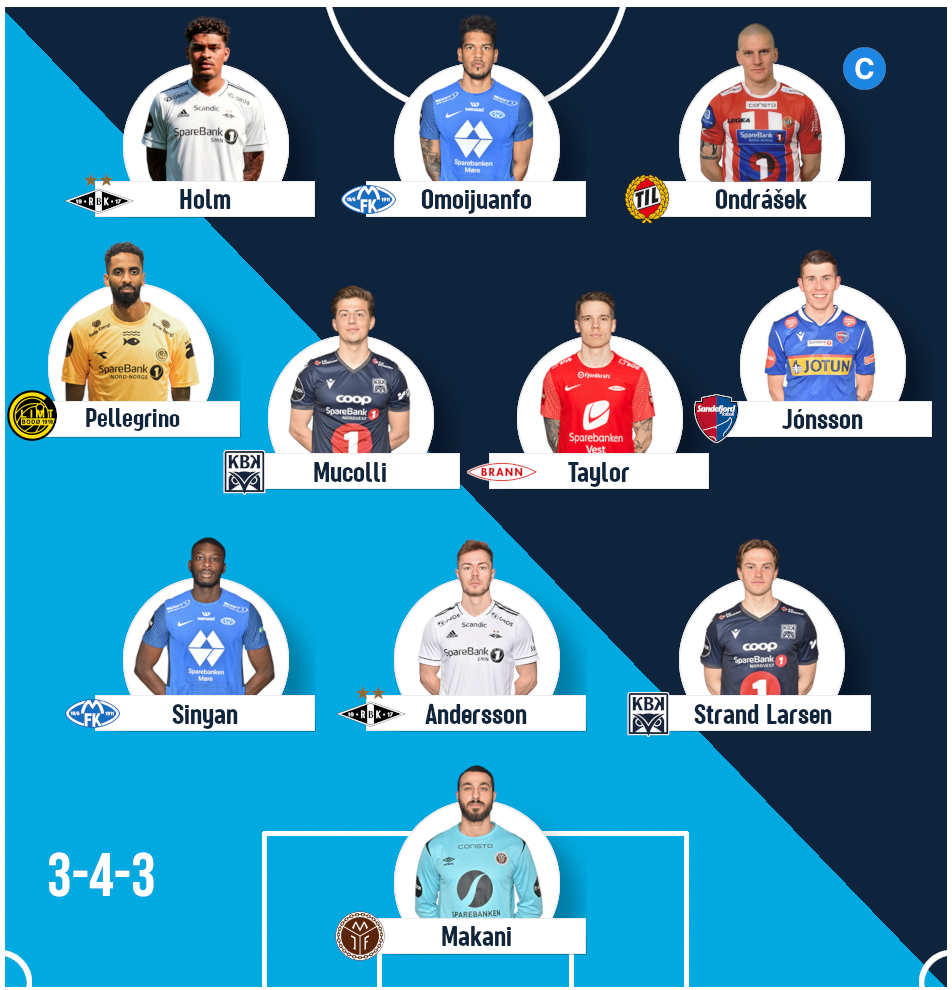