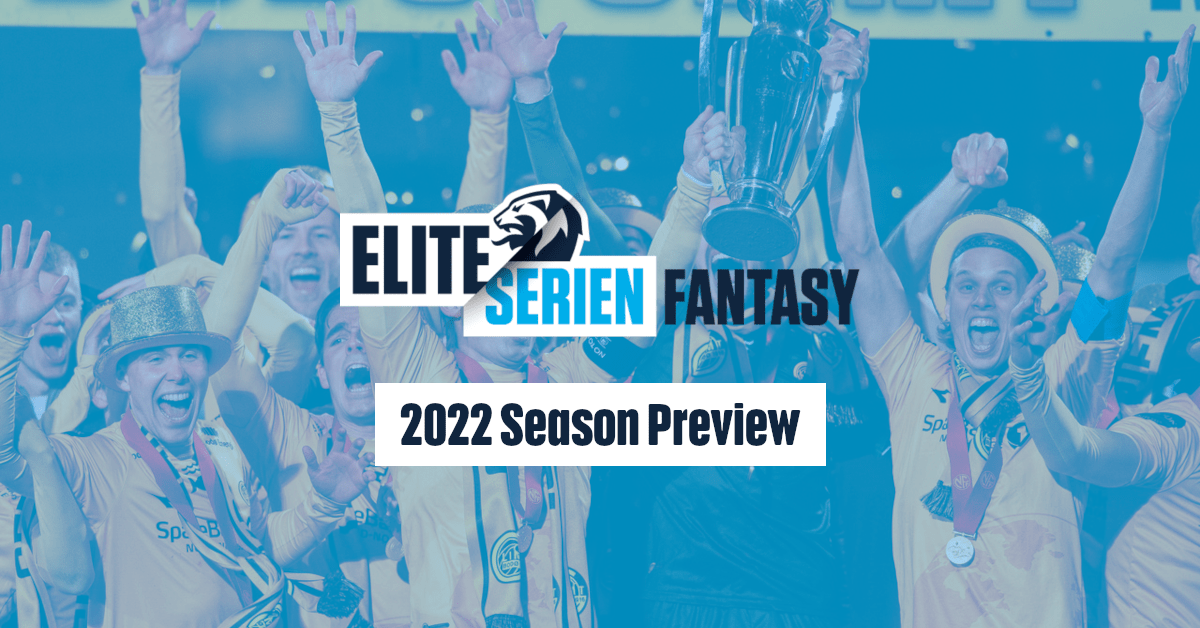 Top-flight football is back in Norway, and there is something to look forward to for fantasy football enthusiasts with the return of Fantasy Eliteserien. In this article, tipster Jacob Silkstone shares his thoughts on what to expect in the first few gameweeks of the season.

It’s the fantasy game the whole world is talking about… but FPL is on a fortnight-long break while Salah gets lasers shone into his eyes and Josh King proves yet again that he’s the world’s best striker by smashing a hat-trick past Armenia (Haaland only scored twice in that game, objectively proving that King is the superior player).

So, as we enter the final days of the international break, we’re free to turn our attention to a brand new season of Fantasy Eliteserien. Several fantasy favourites have moved to slightly warmer countries with slightly higher salaries during the winter transfer window (Ohi, Bjørkan, Lehne Olsen…), but the overall picture remains similar. Molde and Bodø/Glimt are expected to be in a league of their own as they battle for the title, while Viking are tipped to be the best of the rest. Newcomers HamKam and Jerv (the latter in their first-ever season at this level) are likely to finish towards the foot of the table, although they’re more than capable of springing the odd surprise.

In the last couple of days, an early double gameweek (GW5) has been confirmed for Molde, Odd, Viking, and Strømsgodset. With all four of those teams providing some enticing picks, it seems reasonable to build the core of your squad around them, add in a couple of Bodø/Glimt players, and use free transfers rather than chips to set up a strong DGW squad. Viking striker Veton Berisha (12.0M) looks set to be the most popular captain pick in GW1: despite being persistently linked with a move away, he now seems committed to starting the season at Viking and currently has ownership of over 60%. This early in the season, the smart choice is usually just to follow the crowd. Viking’s defence underperformed massively last year, but Shayne Pattynama (5.5M) offers plenty of attacking potential even if the clean sheets don’t arrive.

Molde’s flying full-back Kristoffer Haugen (7.5M) is another hugely popular pick, sitting in 42% of teams at the time of writing. He’s Eliteserien’s answer to TAA, which makes Martin Linnes (7.0M) Eliteserien’s version of Robertson. His marginally lower price represents marginally less impressive attacking stats, but he still has the potential to be a strong pick. A Molde defensive double-up isn’t out of the question.

Strømsgodset are under the radar at the moment, but they have a decent opening fixture against Jerv. Herman Stengel (6.0M) is a key component of their midfield, and racked up over 100 fantasy points last season. Looking at other midfielders who registered similar points totals, he seems at least 1.0M underpriced.

By far the most popular pick from Odd is new signing Josef Baccay (4.5M), a left-back who’s relatively unproven but offers plenty of attacking potential at a bargain price. He’s currently in 22% of teams. There are some question marks over the security of his starting spot, but at his price, he seems worth the risk.

Diamonds in the rough

Assuming you have at least a couple of the premium picks from Molde and Bodø/Glimt (Eikrem has moved into a more attacking role for Molde, while Glimt’s wingers should pick up exactly where they left off last season), finding the right budget players to complete your squad could be crucial.

Newly-promoted HamKam had comfortably the best defensive record in the first division last season, and it’s tempting to double up on their goalkeepers. First-choice Nicholas Hagen is available for 4.5M, while his deputy Lars Jendal is well-priced at 4.0M. Their opening fixtures are a mixed bag, but they avoid the two biggest teams until GW12 and the HamKam keeper pairing looks like an excellent set and forget option. Full-back Clément Bayiha (4.0M) has been a regular starter in pre-season friendlies, but the arrival of Vegard Kongsro has put his place in some doubt. He’s still one of the best defenders for your bench.

For Jerv, defender John Olav Norheim (4.5M) is likely to be playing out of position in central midfield and scored five goals in the first division last year. He might be more of a ‘wait and see’ at this early stage of the season.

Those of us who’ve followed Eliteserien for a few seasons have been optimistic about Franklin Daddys Boy Nyenetue (5.5M) having a breakthrough year ever since he was banging in the goals for Rosenborg’s reserves. Winter transfers have given him an opportunity to cement a starting spot at Sandefjord, and maybe this will finally be his season…

You can find Fantasy Eliteserien resources for the 22/23 season here.