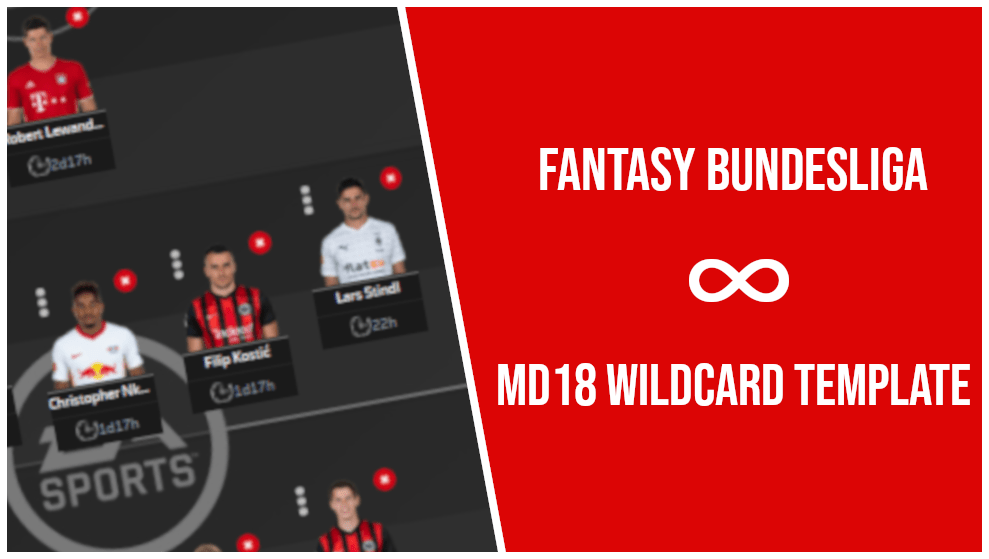 We were surprised by the Fantasy Bundesliga team with unlimited transfers at the end of the Hinrunde sandwiched between the Englische Woche and now we look at some players that will be heavily owned and are worth considering for matchday 18.

Lewandowski is owned by “only” 72% so this is for the 28% who don’t. If seven consecutive games with goals scored for a total of 10 goals at an average of 15.5 points per game in Bundesliga Fantasy can’t convince you to shell out whatever it costs to get him in your team then nothing else will.

A good shout for the third forward spot on wildcard, he has spearheaded the dangerous Stuttgart attack with his six goals and two assists in just 11 games. González has scored in six out of seven games this season as a center forward which is his preferred position now and the best part is that he rotates really well with the other forwards such as Lewandowski, Halaand and Kramaric in the upcoming matchdays. Especially with an early fixture against Mainz in matchday 19.

This Leipzig attack might not be as lethal as it was before because of Werner’s departure but you will still need some attacking cover from RBL against Mainz. This is one of the most one-sided fixtures in the history of Bundesliga and Leipzig have won each of the last three games while scoring an average of 5.3 goals per game. His current numbers might not be as impressive as those of last season (five goals and 13 assists) but he has played limited minutes this season and has been Leipzig’s best creator almost every game. Nkunku is a bonus points machine and could easily go off in any game.

It is a Bayern midfield dilemma for Fantasy Bundesliga managers with the matchday result of Bayern Munich 8-0 Schalke still afresh in the back of everyone’s head. As it stands, Kimmich and Goretzka are the only midfielders in fantasy predicted to start so Kimmich might be the only option unless Sané somehow manages to make an appearance in the starting XI. Nothing to complain about though since Kimmich had 18 fantasy points and two assists in the reverse fixture. His set-pieces are going to be a dangerous weapon combined with the quality of Lewandowski and Schalke’s defensive fragility.

Wirtz might’ve missed a few games recently but everyone was quickly reminded of what he is capable of with his performance against Dortmund last week. He scored a goal, had three shots, four key passes and eventually finished on 20 points. Leverkusen might have some tough games coming up with Wolfsburg and Leipzig next but there is still a possibility that they get six points out of those games with talented players such as Wirtz, Amiri, Bailey and others. 17-year-old Wirtz still remains one of the best midfielders under 10M.

He might’ve cooled down on his goal-scoring antics a bit but still remains an essential player on the best defense in the league. They have the chance to improve their defensive record even more as they play bottom teams such as Mainz, Schalke, Augsburg and Hertha within the next five weeks.

The latest entrant for the budget defender of the year, he is giving Sosa run for his money in the sub 5M segment. Durm is one of the players whose form has massively improved as Frankfurt started winning games again and the world cup winner is now full of confidence and is freely taking shots as well as creating them. He has double-digit returns in three of his last four games and with consecutive games against lower teams such as Arminia, Hertha, Hoffenheim and Koln to come, we can expect more of the same if Frankfurt keep up their winning ways.

The third budget defender in the template team, his spot in here depends totally on the availability of teammate Ludwig Augustinsson. He has made the most of the points for shots in just two Bundesliga starts with scores of 8, 22 and could be a shrewd acquisition with games against Hertha and Schalke next.

The highest scoring keeper in the game, he has kept a clean sheet in four of his last five games while averaging 11.6 points during the same period. Only teams in the top six have conceded fewer goals than Arminia this season (24) and Ortega is the best value even at 6.5M. 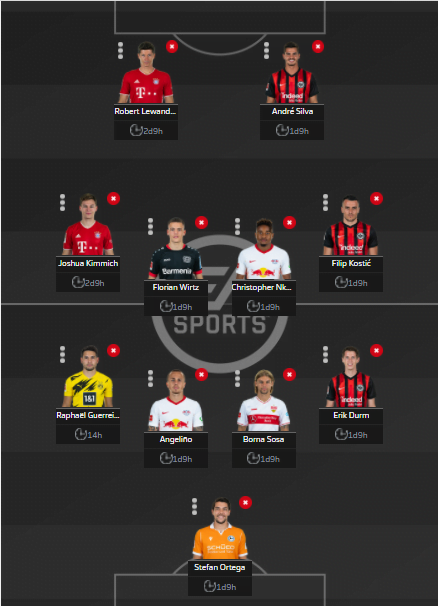