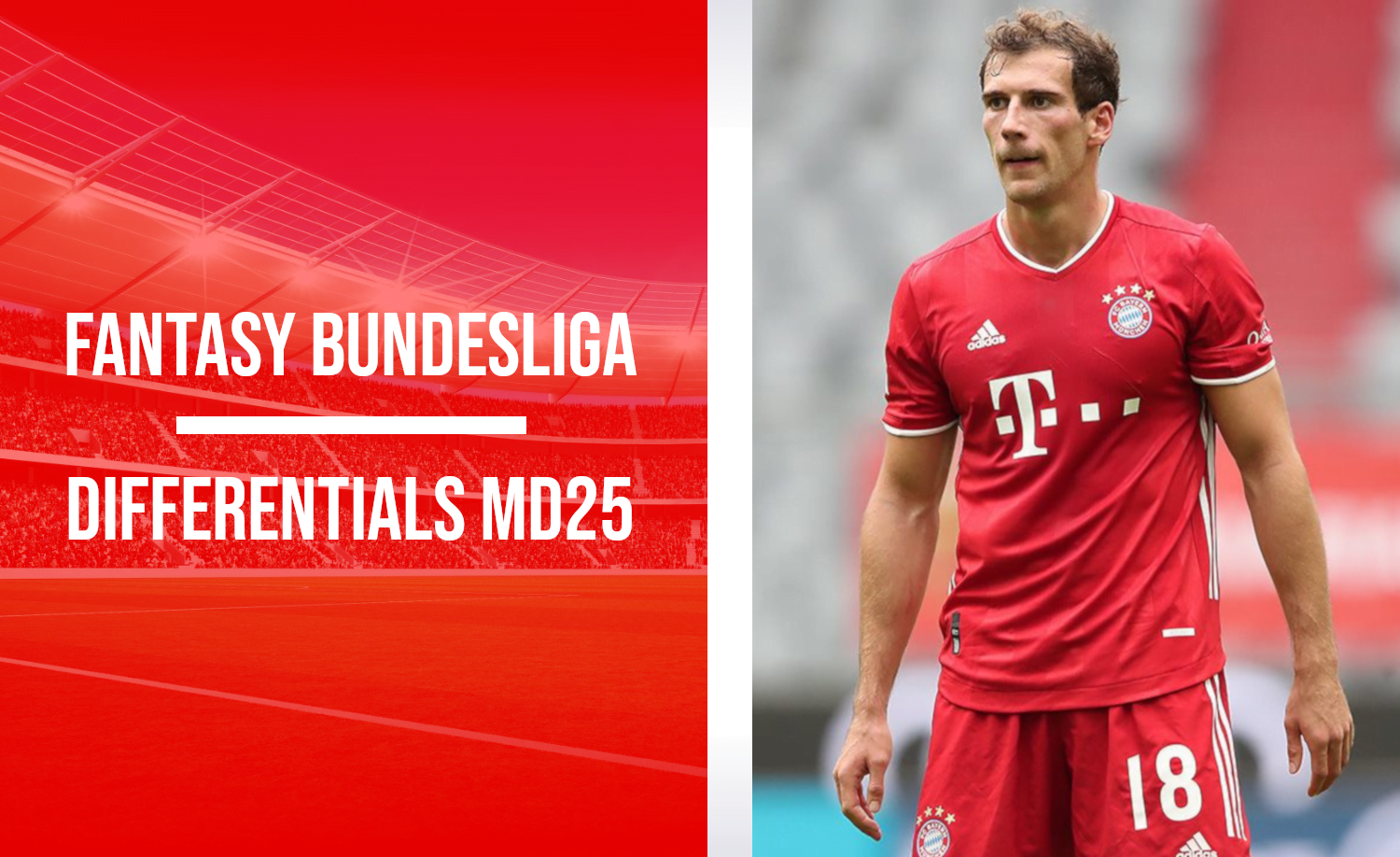 Breel Embolo Vs FC Augsburg (A)

There are few worthy differential forwards to choose from this week but Embolo stands out because of the early fixture and his ability to generate bonus points for shots. Only Schalke and Freiburg have conceded more shots than Augsburg so he is bound to have some chances in a game that Borussia will be desperate to win to end their winless streak.

He might not exactly be a differential with 13% ownership but I expect few owners of him amongst “sharks”. Goretzka followed up his hattrick of assists for 22 points against Koln with a 19 pointer against Dortmund last week and his form is reminiscent of the period last season when he was the best Bayern Munich asset to have with six goals and eight assists in just 12 matchdays. Kimmich + Sané has been a popular double-up option from Bayern’s midfield but Kimmich + Goretzka could be a winning combo despite both being deep-lying midfielders.

It might’ve gone unnoticed because Baku is a defender that is listed as a midfielder who plays OOP on the wing but he has been one of the highest-scoring midfielders in Fantasy Bundesliga this season with 158 points in total to his name. Wolfsburg might be short on creativity with Steffen ruled out and their #10 Gerhardt possibly filling in at left-back so it might be an opportunity for Baku to be more involved in attack against the worst defence in the league.

Another midfielder from Wolfsburg, he has been in stellar form with double-digit scores in each of his last four games. One of Wolfsburg’s tactics against low block teams is to let Arnold shoot from a distance and it has been an effective strategy with almost all of his goals and assists this season coming against those teams. He is also an addtional threat from set-pieces and Schalke have conceded the most goals from them.

Frimpong might be the Leverkusen defender with an attacking threat that Bundesliga Fantasy managers have been waiting for but he is yet to prove himself. He is still worth a punt with games against Arminia, Hertha and Schalke in the next three weeks.

Frederik Rønnow Vs Wolfsburg (A)

Rønnow was the best keeper in the game before he lost his spot but he gets a second life under new coach Dimitrios Grammozis and he still averages the highest points among all starting keepers with seven points per game (tied with Ortega). Rønnow still costs just 1.1M and is a more than worthy second-keeper. 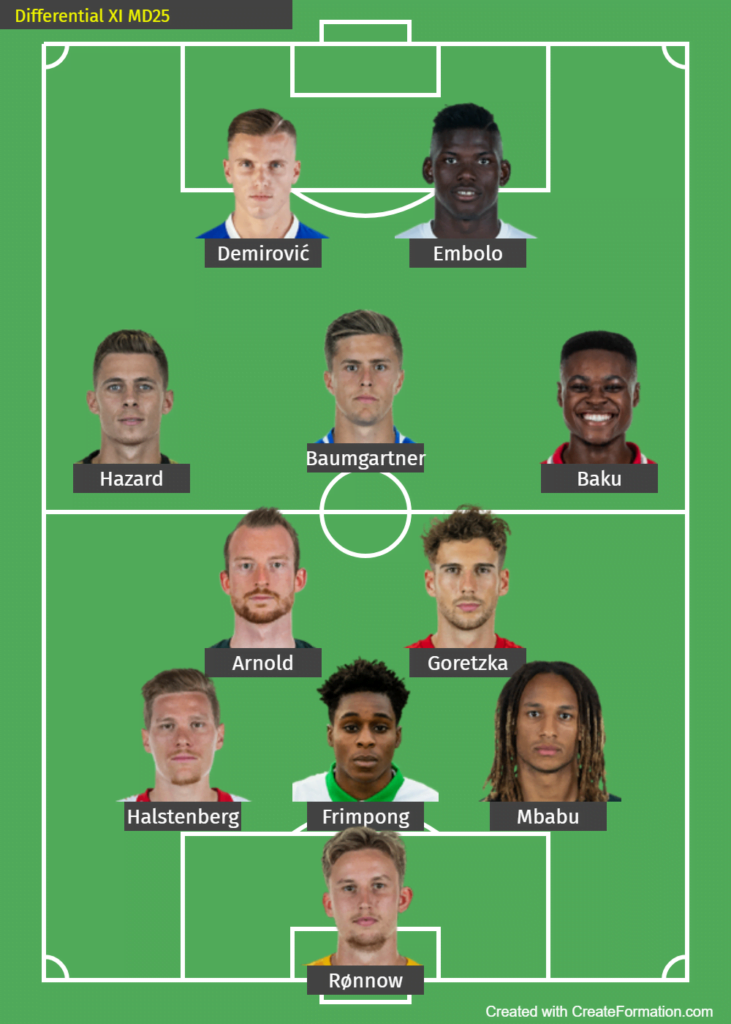