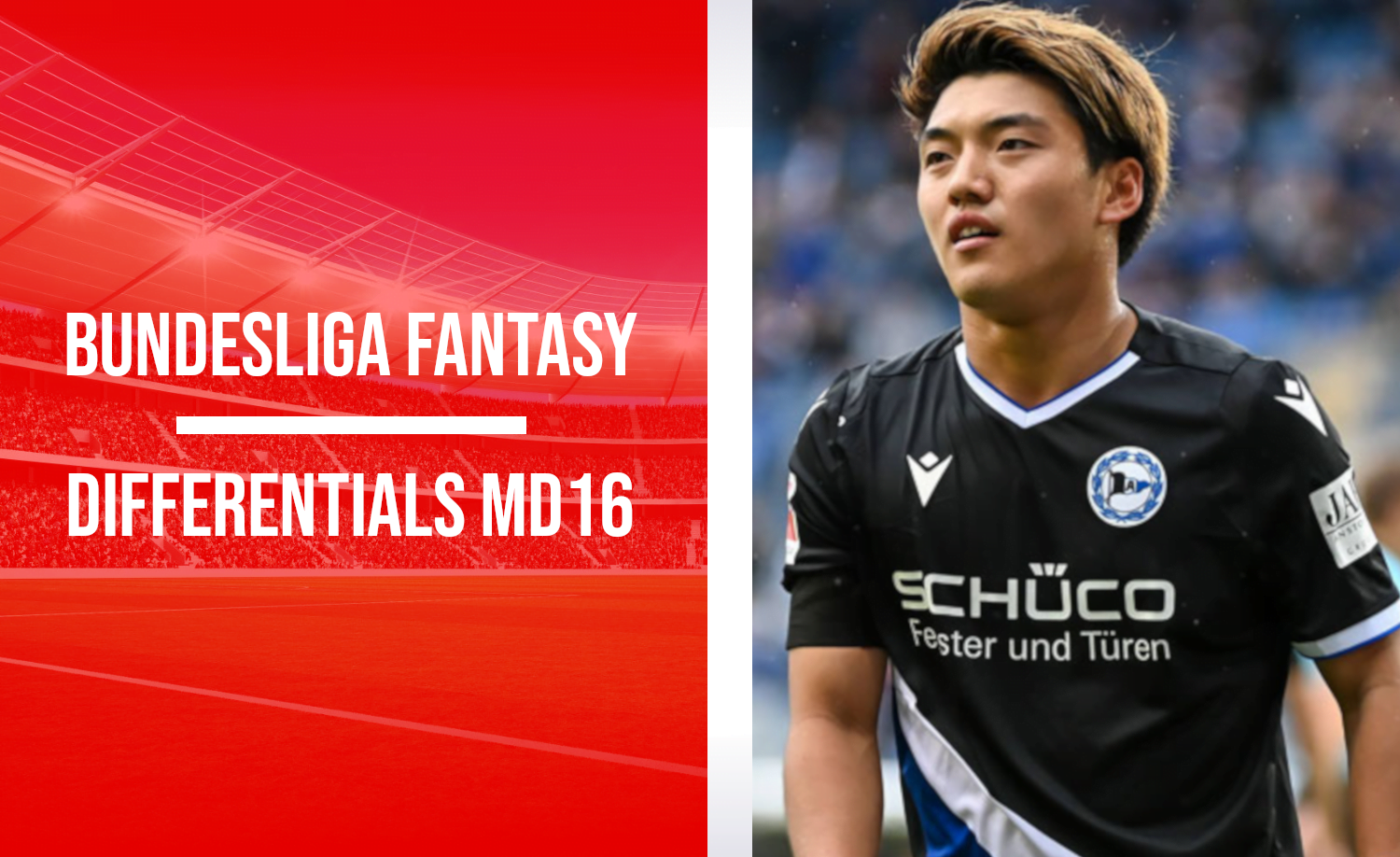 There is a special emphasis on players from lower-ranked teams such as Frankfurt and Arminia this week for our Fantasy Bundesliga differentials this matchday as they take on Schalke and Hoffenheim respectively.

Patrick Schick Vs Union Berlin (A)

Jamaican International Leon Bailey was the go-to forward from Bayer Leverkusen but as his form has cooled down over the past few weeks, the question arises again about who is the best forward in Fantasy Bundesliga from the Die Werkself. If we talk only about this week’s game against Union Berlin then Schick is the perfect match. His towering presence at 6’1″ has made him a threat on the team with the most set-piece goals this season (10) and his opponents for the week are tied for being the second-worst set-piece defending team after Schalke. So he is bound to cause some trouble in the early fixture.

Ermedin Demirović Vs Bayern Munich (A)

Freiburg currently have the best form in the league winning five games in a row and all of them were against teams in the bottom eight – Arminia, Schalke, Hertha, Hoffenheim and Koln. However, this Bayern Munich defense has been mediocre, to say the least having failed to keep a clean sheet in their last 10 Bundesliga games and only teams in the bottom eight have conceded more goals than them (24). Ermedin Demirović will be high on confidence after scoring or assisting in each of his last three games and given the contrasting form of both teams, any result is possible here. Game on!

The son of former Wolfsburg and Borussia Dortmund player Diego Klimowicz, Mateo Klimowicz has just begun his Bundesliga career with VfB Stuttgart and already ranks third for shots on target for the team. From a Bundesliga Fantasy perspective, he is averaging 8.8 points when he starts without a goal or assist and is a great budget option for just 1.9M. However, he is bound to rotate with Didavi and Coulibaly occasionally so you could look at Castro (5.5M) if holding a player for the long term takes priority.

Ritsu Dōan Vs Hoffenheim (A)

Another player for whom the bulk of his fantasy points is made up of bonus, Ritsu Dōan leads Arminia in every offensive category – goals, assists, shots, key passes and dribbles. Schalke were the worst offensive team in the league and they were able to expose Hoffenheim’s defensive frailties in a 4-0 thrashing. Arminia Bielefeld will be hopeful of three points in this game and their most dangerous player has to be involved if they are to score.

Cedric Brunner Vs Hoffenheim (A)

Hoffenheim’s firepower was on display in the first two matchdays of the season when Kramarić scored a hattrick against Koln in a 2-3 win and when they beat Bayern 4-1 the next week. Fast forward 13 matchdays later and they have now failed to score in a loss against the worst defense in the league in Schalke. In a change of fortunes, newcomers Arminia began the season as punching bags for the already established teams but now they have kept a clean sheet in two of their last three games. Arminia Bielefeld’s right-back Cedric Brunner will have a good opportunity to add another clean sheet to his name when these two teams meet each other and could be a bargain at 4.2M.

There are few decent keepers to choose from in Fantasy Bundesliga that are owned by 5% or less but Pavlenka is a good shout for a cleansheet against an Augsburg team where their forwards last scored a goal on matchday 6 in October (Hahn against Mainz). 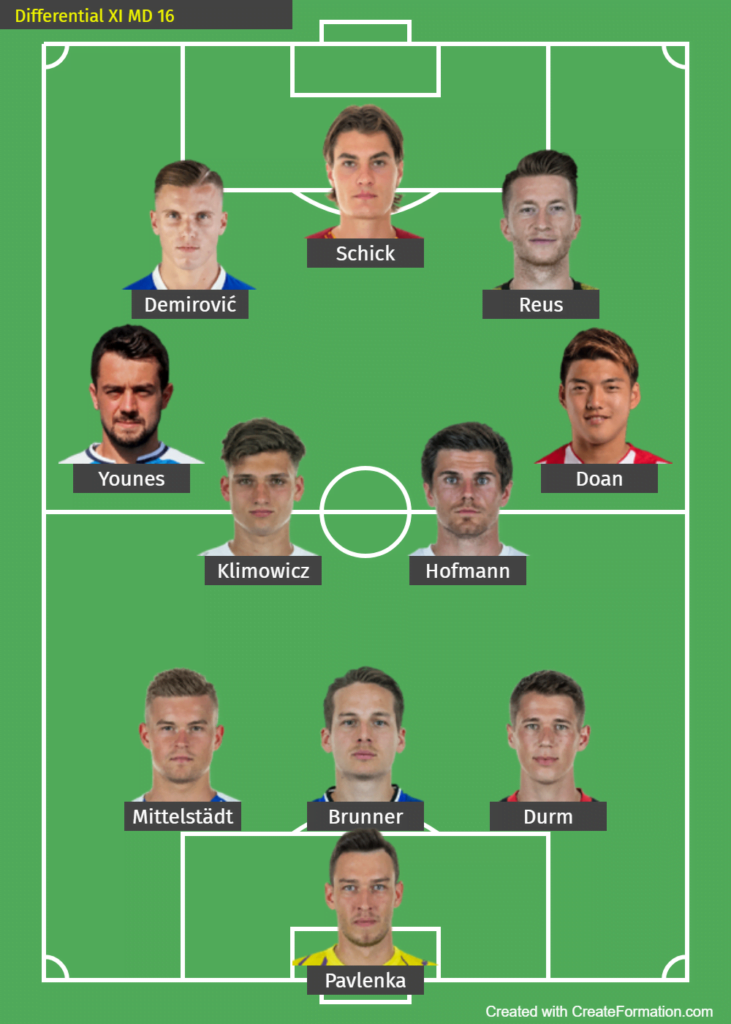